Killing Eve's Villanelle looks set to walk up the aisle - as the character will reportedly marry a Spanish woman in the new series of the BBC America show.

The assassin (Jodie Comer) will get hitched in an unexpected plot twist that has reportedly already been filmed at a stately home in Tyringham Hall in Milton Keynes.

While fans of the show were hoping to see Villanelle and Eve (Sandra Oh) get together, an insider told The Sun that it's not the case. 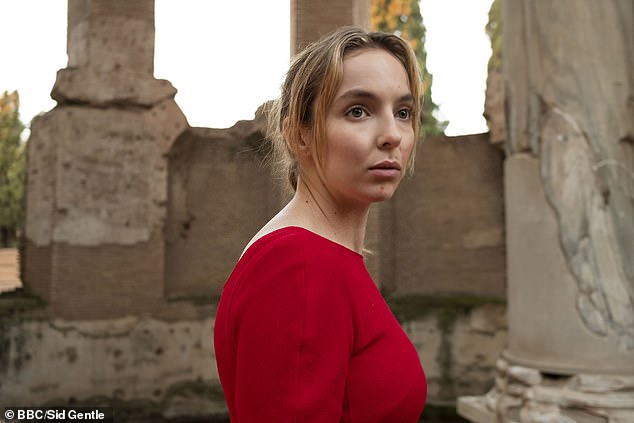 Plot: Killing Eve's Villanelle (Jodie Comer) looks set to walk up the aisle as the character will reportedly marry a Spanish woman in the new series of the BBC America show

They said: 'The wedding is one of the key scenes in the series. Last time out, things ended with the tension between Villanelle and Eve at an all-time high, so fans will be hoping that they get together.

'But unfortunately, it seems that Villanelle and her Spanish bride are very loved-up.

'The scenes that Jodie and co have already shot include a big Spanish band and the cutting of a cake, before she spots an enemy among the guests and goes after them.'

PREV Billie Eilish recalls worrying she would have a 'breakdown' and shave her head ...
NEXT Love Island CONFIRMS the return of Casa Amor