Jeremy Renner, 49, and Eiza Gonzalez, 30, are seen leaving the Super Bowl together... with Kate Bosworth and husband Michael Polish in tow

Jeremy Renner and actress Eiza Gonzalez were seen posing for photos inside the Super Bowl LIV in Miami on Sunday.

And the two were also seen leaving the Hard Rock Stadium together.

Also with the 49-year-old Avengers star and the 30-year-old Baby Driver actress were friends Kate Bosworth and her husband Michael Polish. And behind the group Jon Hamm from Mad Men could be seen. 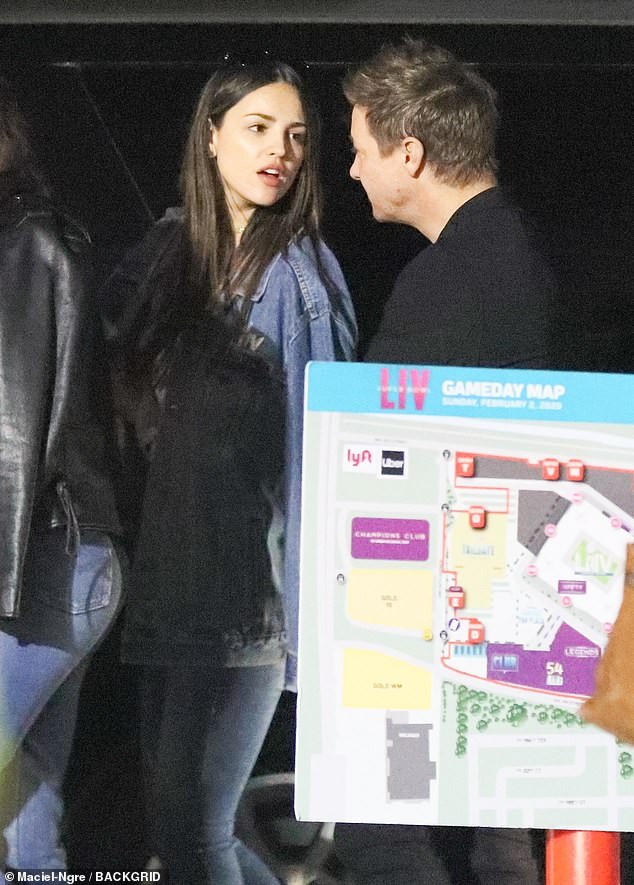 Eyes on her: Jeremy Renner and Eiza Gonzalez were spotted leaving Super Bowl LIV together on Sunday evening in Miami 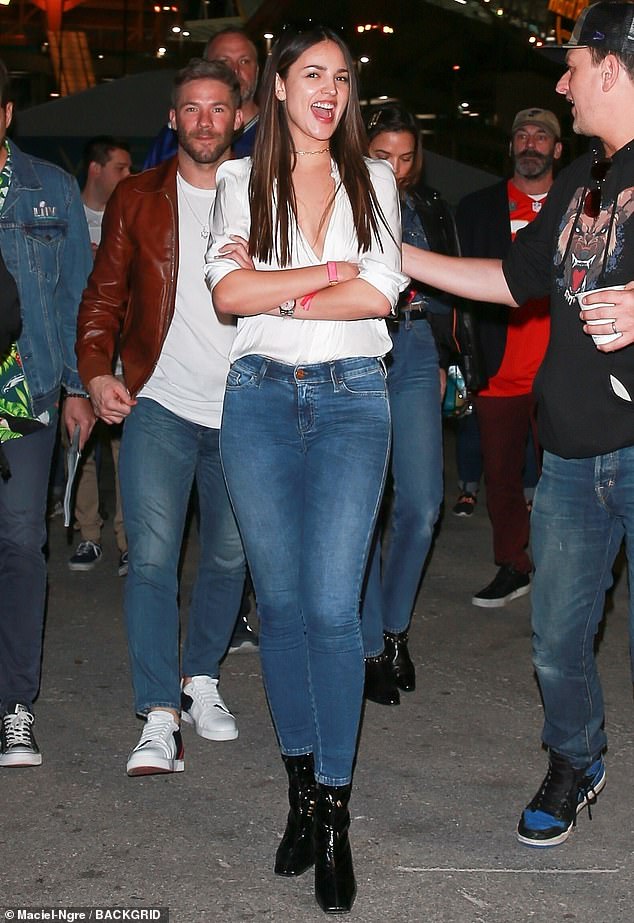 Denim darling: Eiza showed off her fit frame in a pair of figure hugging denim jeans and a flouncy white long sleeve shirt 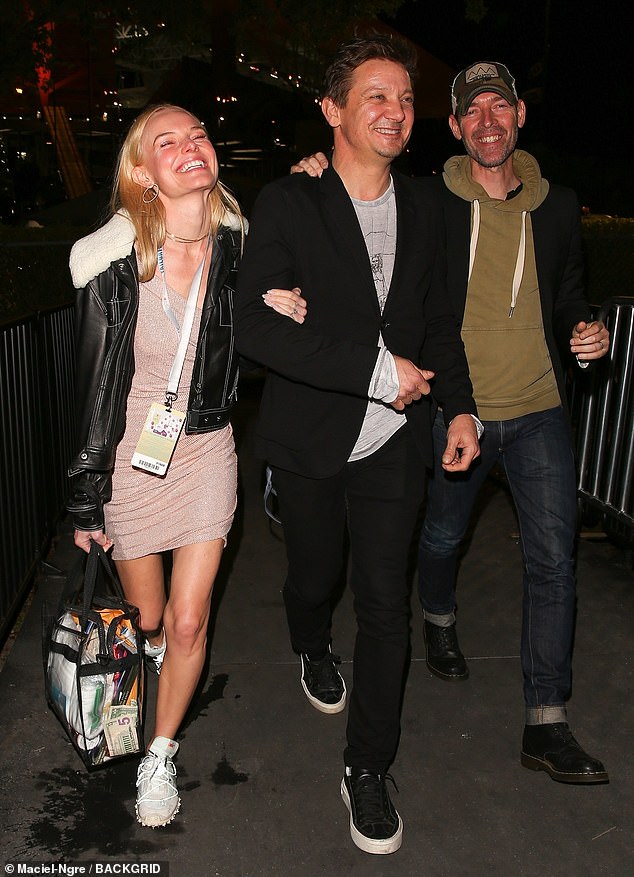 The Hobbs & Shaw starlet parted her brunette tresses in a neat middle part, which allowed her hair to cascade evenly onto her blouse.

She rocked a dewy complexion that was glammed up with a swipe of clear lip gloss and a few coats of mascara. 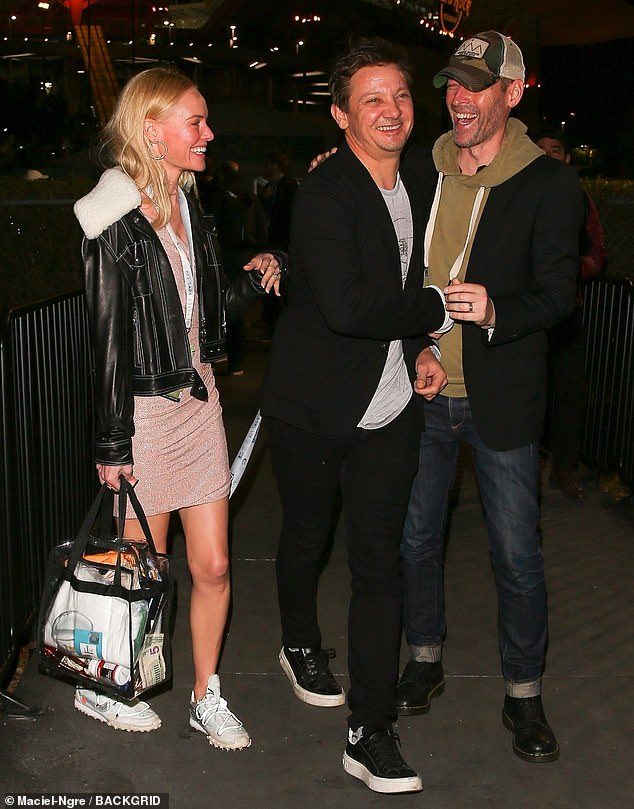 Lots of laughs: With Gonzalez forging her own way to the group's SUV, Renner was seen engaging in some serious laughs with Bosworth and Polish

The cover girl opted for minimal Accessories which included a gold chain link choker and a basic wrist watch.

As the chill in the air began to make its presence known, Eiza covered up with a denim jacket.

The Beauty could be seen standing next to Renner and their shared SUV, as

BRITs 2020: Lizzo is a sight to behold in Hershey's chocolate bar dress