And Kanye West, along with fellow rap music makers Lil Wayne and 2 Chainz, decided to celebrate the big win in style at LIV nightclub located at Fountainebleau in Miami.

Actor Jamie Fox, as well as Super Bowl half-time show guest J Blavin, were also eager to get in on the final big game weekend soirees. 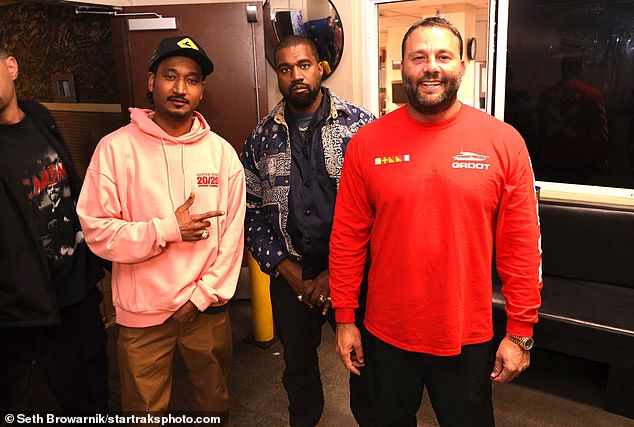 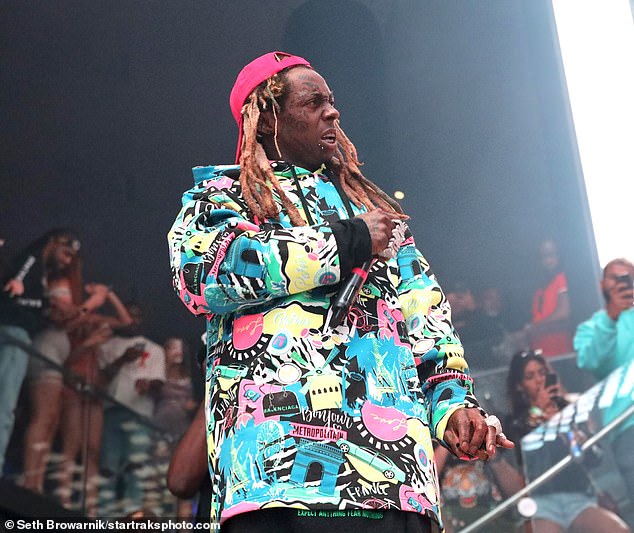 Headliner: Lil Wayne took to the stage during the highly publicized weekend event at the popular Miami nightclub 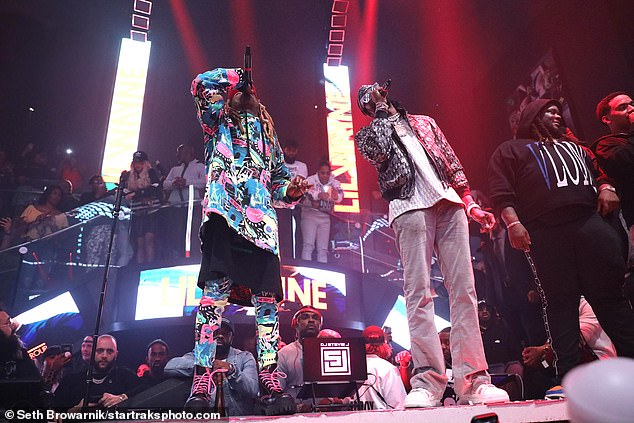 Sharing the spotlight: 2 Chainz, who headlined the nightclub the night before, made his way to the stage to perform alongside Lil Wayne for a crowd of adoring fans

Kanye West rocked his signature stoic expression as he posed backstage at the celebrity hot spot.

He donned a bandanna print bomber jacket layered over a standard black button down.

He rounded off his after party look with a pair of black slacks, while accessorizing with a silver link chain and a myriad of flashy rings.

The club's owner David Grutman posed with the Jesus Is King rapper, along with fashion designer and best man Don C. 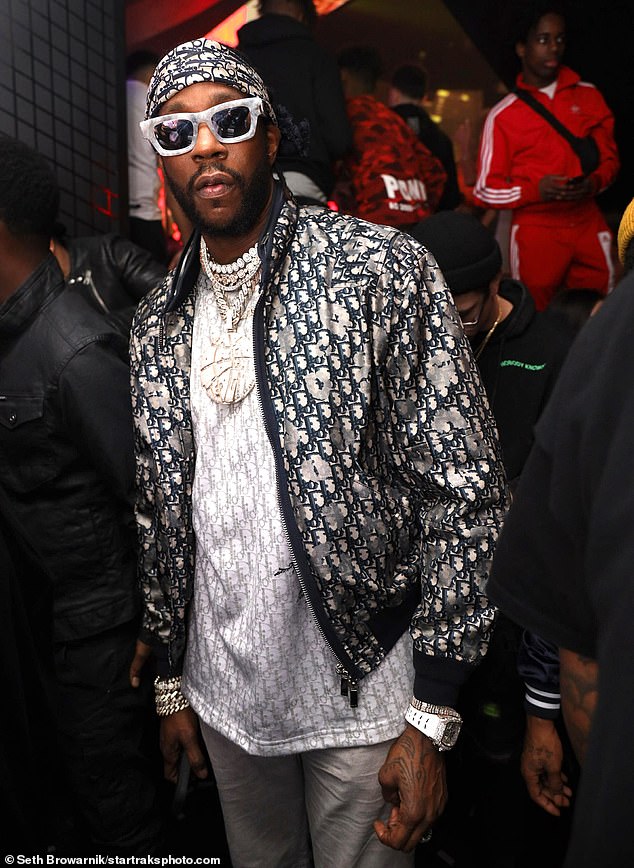 Dior: 2 Chainz was flaunting his wealth in a head-to-toe Dior ensemble, as he showed up in support of Wayne 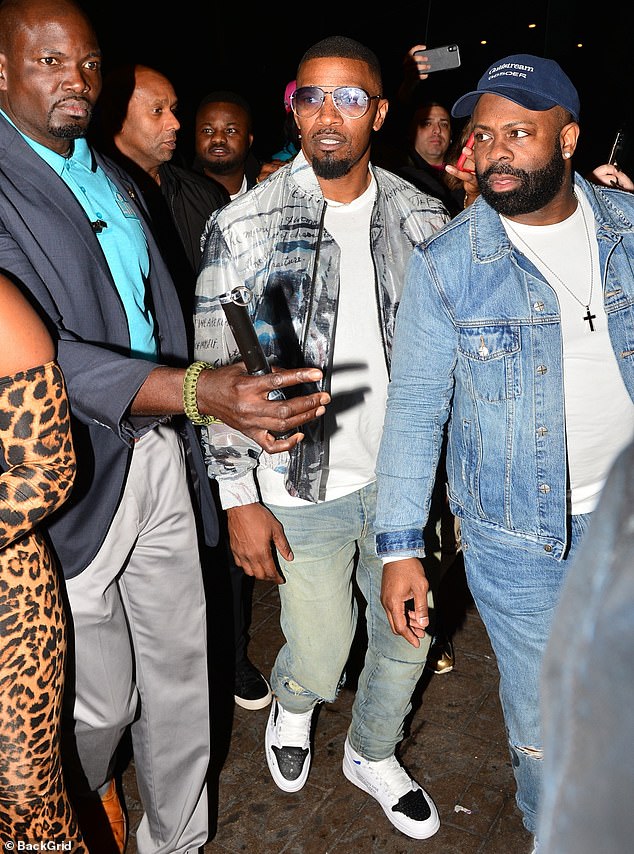 Fozy: Jamie Foxx wanted in on the post-game festivites as he was spotted arriving to LIV nightclub

Earlier in the day, West led his infamous Sunday Service in Miami for Super Bowl weekend, where he reminisced about the late Kobe Bryant.

The rapper performed a myriad of his most popular tracks, including 2015's All Day, which Bryant had penned as 'theme music' upon his first listen.

Wayne, who just released his thirteenth