When Kangaroo wowed the judges with their singing voice, fans immediately flooded social media with the theory that the celebrity behind the mask was none other than Jordyn Woods.

'Then by my own admission, I found myself in the spotlight for all the wrong reasons,' spoke Kangaroo to the show's panel of judges as a clue to their identity. 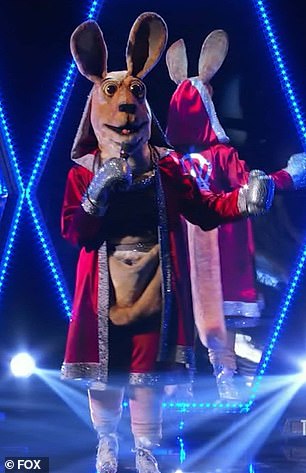 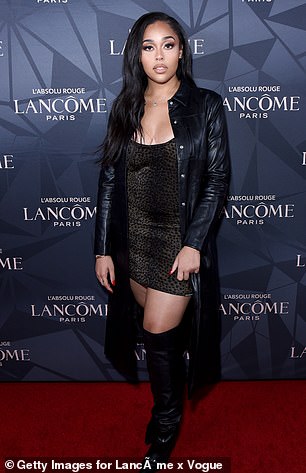 Prediction: As Kangaroo took the stage during the season three premiere of The Masked Singer on Sunday evening, fans began to predict that the person behind the mask was none other than Kylie Jenner's ex BFF Jordyn Woods 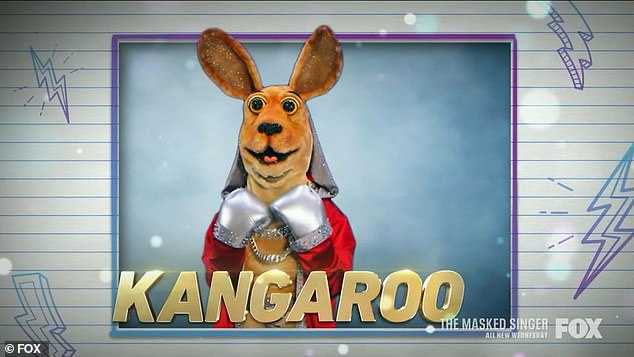 Kangaroo: The goofy character took the stage to perform an emotive rendition of Dancing On My Own by Robyn

This particular clue prompted viewers to make a connection to the repercussions Woods' faced following the 2019 Tristan Thompson cheating scandal.

The scandal revolved around a late night hang out, and a kiss, with Khloe Kardashian's ex Thompson during a party at the basketball star's home in February of last year, as reported by TMZ.

This event led to the fall of Woods' relationship with the Kardashian clan, as well as the infamous sit down the 22-year-old had with Jada Pinkett-Smith.

Kangaroo followed up with the statement that she has to 'fight for [her] family and show them that bullies never win.' 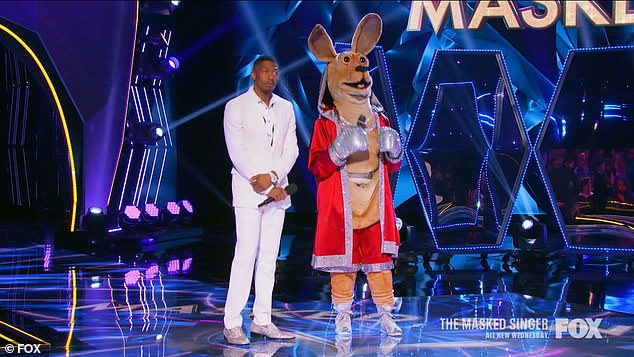 Here we go! During the clue giving portion of the show, Kangaroo hinted at finding herself 'in the spotlight for all the wrong reasons' based on her 'own admission' 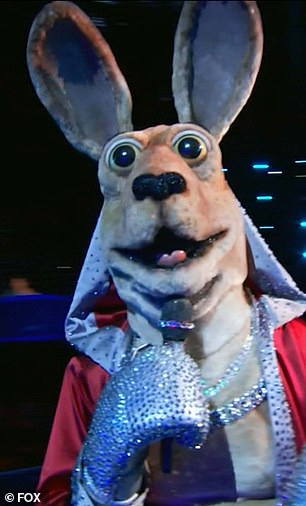 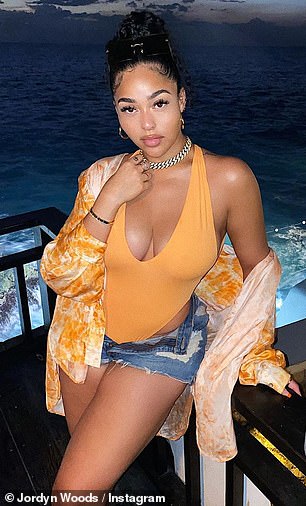 Clues: As the clues were given, fans of the top-secret singing competition began insisting that Kangaroos' statements directly coincide with Woods' most recent life events 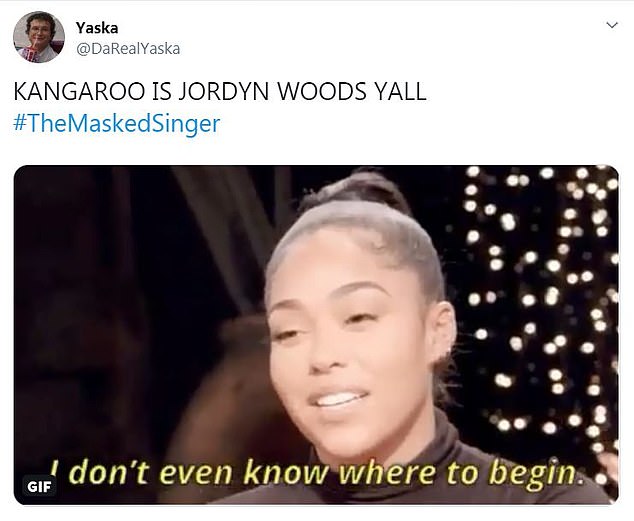 Fan consensus: One Twitter user posted their prediction with a meme taken from Jordyn Woods' infamous interview with Jada Pinkett-Smith

She also hinted at recently, '[losing] a person who held [her] family's heart together,' which, for those playing the Woods' angle, could be connected to the end of her and Jenner's friendship.

Or it could be about the death of her father John Woods in January 2017.

'One of my greatest fears is being vulnerable, and this year I’ve had no other option than to be vulnerable,' continued Kangaroo.