'I've NEVER used our pool,' Kim Kardashian tells shocked Kanye West as they open doors to their minimalist mansion (which they insist it IS kid-friendly)

Kim Kardashian and Kanye West have opened the doors to their futuristic Los Angeles mansion, giving fans the first proper look inside the incredible concept home.

Covering Architectural Digest, the two share photos of the minimalist Hidden Hills estate, which they spent millions of dollars, and four years, transforming into their dream home.

Having first glimpsed the property on a walk with an  infant North in 2013, they embarked on total total renovations, and finally moved in four years later, in 2017.

One of the changes they made was to dig up the already idyllic pool, and move it, a change that made headlines at the time. 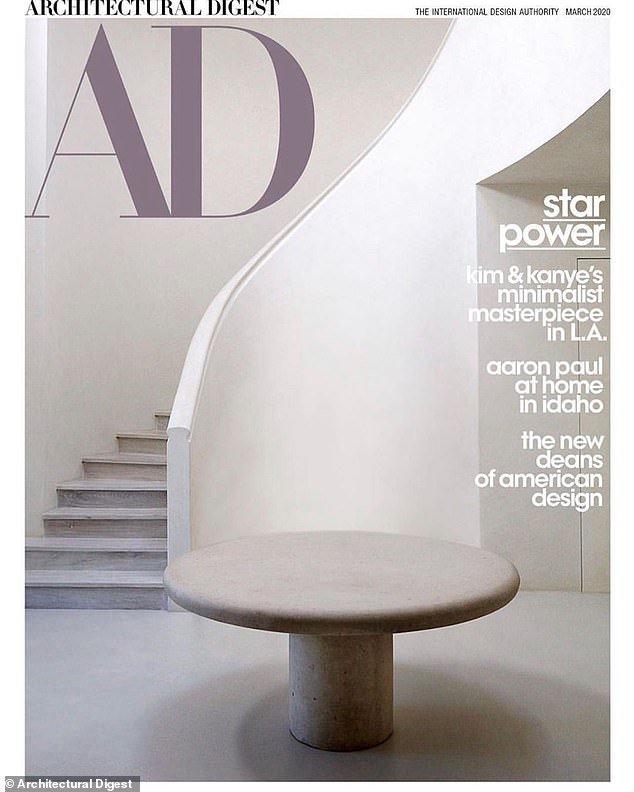 'I've NEVER used our pool,' Kim Kardashian tells shocked Kanye West as they open doors to their stunning minimalist mansion (which they insist it IS kid-friendly) 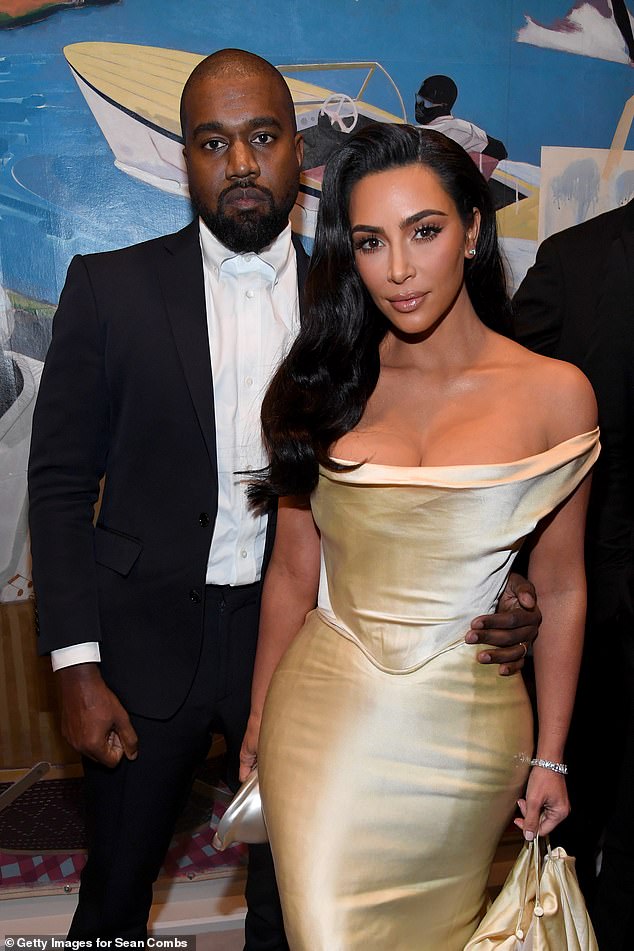 'Crazy lives': Kim said that she and husband Kanye West were so busy, that they needed the calm oasis to come home to; couple seen in December 2019

Taking part in a Q and A together for AD's website, Kim admitted she had yet to try out the relocated pool.

Asked by Kanye, who nonchalantly read the question off a card, 'When was the last time you used the pool?' she replied with a smile: 'I've never used our pool actually.'