By Ellie May Donohoe For Mailonline

She has been a fixture on EastEnders as the lovable Sharon Mitchell for 35 years, and during this time has endured her fair share of scandals and forbidden love.

And Letitia Dean spoke to heat magazine this week about how she is 'living vicariously through [her] character.'

The 52-year-old actress candidly discussed Sharon's latest raunchy affair with Keanu Taylor (played by 26-year-old Danny Walters) and why she believes the storyline is empowering to older women. 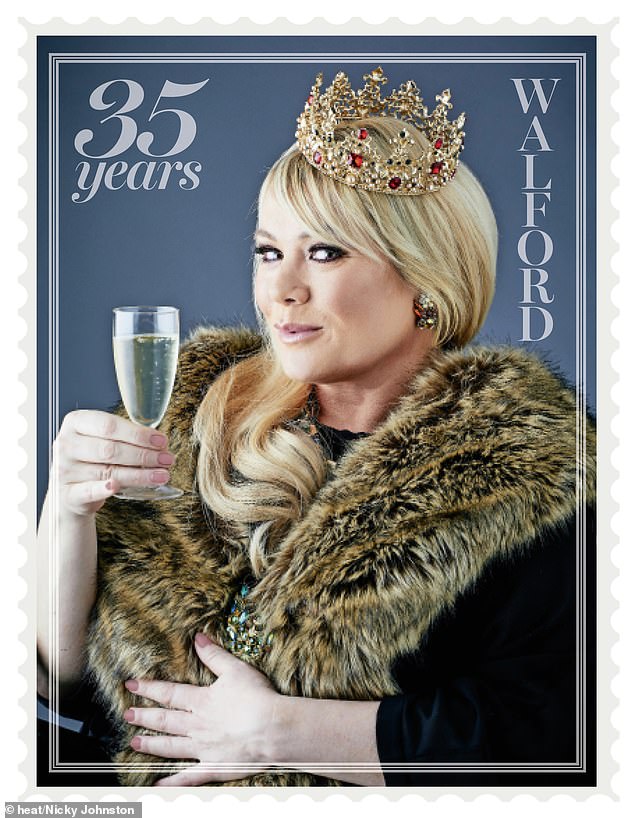 Scandal: Letitia Dean, who plays Sharon Mitchell on EastEnders, spoke to Heat magazine this week about how she is 'living vicariously through [her] character'

It was revealed on the soap last year that Sharon has fallen pregnant at the age of 49 after a very risque rendezvous with her daughter's boyfriend, Keanu.

Sharon has been married to Phil Mitchell (Steve McFadden) throughout her time on the show however the pair have endured a very rocky relationship full of twist and turns.

Not to mention Sharongate, which Letitia describes as her all time favourite moment.

This occurred back in 1994 when 25.3 million tuned in to watch the taped confession that she had sex with her husbands brother play out in The Queen Victoria pub. 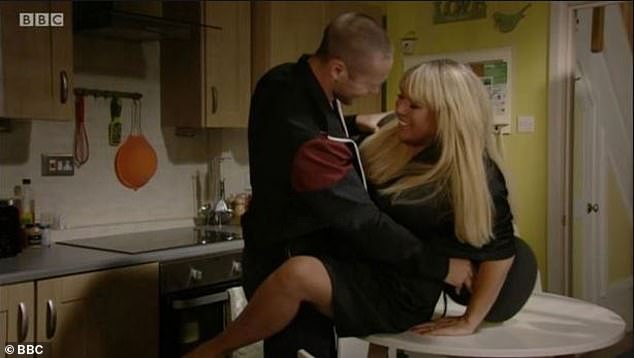 However, the newest twist in the saga is Letitia's 'favourite current storyline.'

Charlotte Gainsbourg sports a leg cast and crutches on the red carpet at 45th ...