Rock on! Keith Urban cuts a casual figure in double denim as he performs at a benefit concert in Nashville

He's known for hits including Blue Ain't Your Colour and Somebody Like You.

And on Monday, rocker Keith Urban hit the stage to perform at a benefit concert in Nashville, in the US, of which he hosted.

The 52-year-old played at the All For The Hall fundraising show, that is held to raise funds for the Country Music Hall of Fame and Museum's education programs. 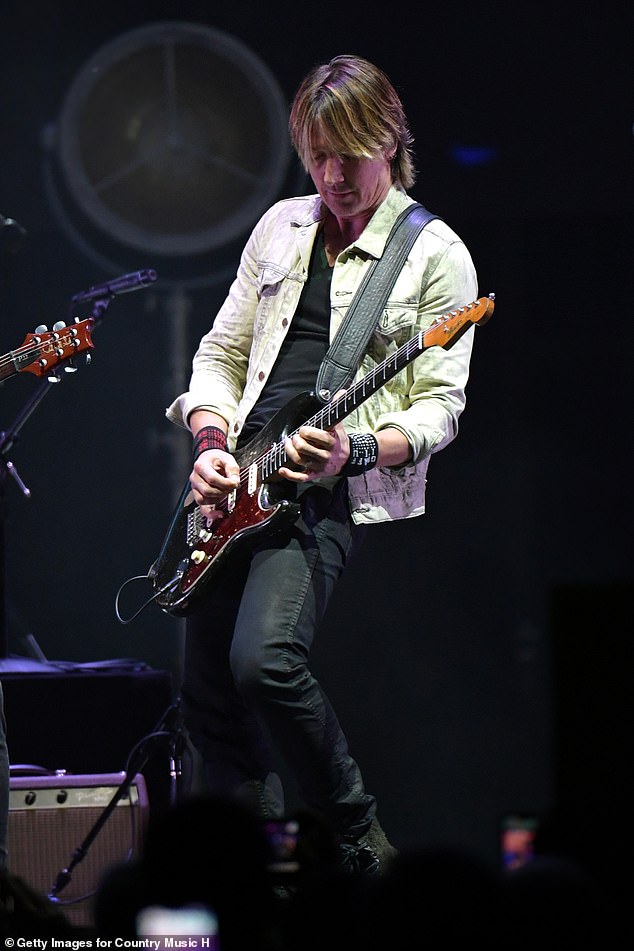 Rock on! Keith Urban cut a casual figure in double denim on Monday as he performed at a benefit concert in Nashville, in the US

The singer - who hails from New Zealand - looked effortlessly cool as he took to the Bridgestone Arena stage in a bleached denim jacket, a black T-shirt and dark skinny jeans.

The concert followed a theme of Under the Influence, with the famous performers pairing their own iconic work with songs by artists who musically inspired them. 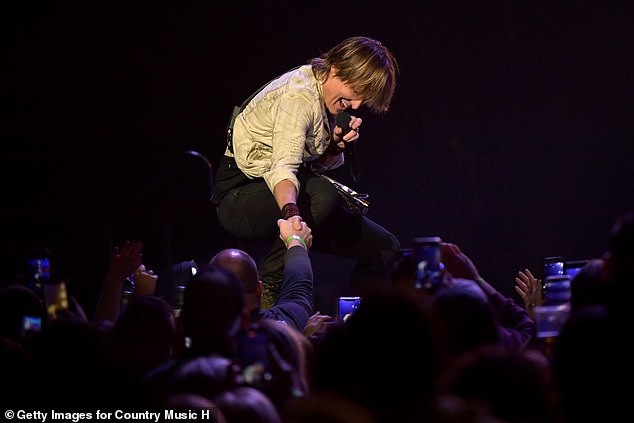 'We're very proud to be part of tonight': The 52-year-old hosts the annual music event every year, leading an all-star lineup to raise funds for the Country Music Hall of Fame and Museum's education programs

'We're very proud to be part of tonight and