'Where's Lizzie?' Married At First Sight fans are left scratching their heads as they search for Elizabeth Sobinoff Do you know a MAFS 2020 participant? Email [email protected]

But fans of the 28-year-old reality star were left wondering why the controversial series continues to air on TV without further mention of the bride.

'Where's Lizzie? Is she gonna come on as a surprise relationship expert?' one fan cheekily Tweeted. 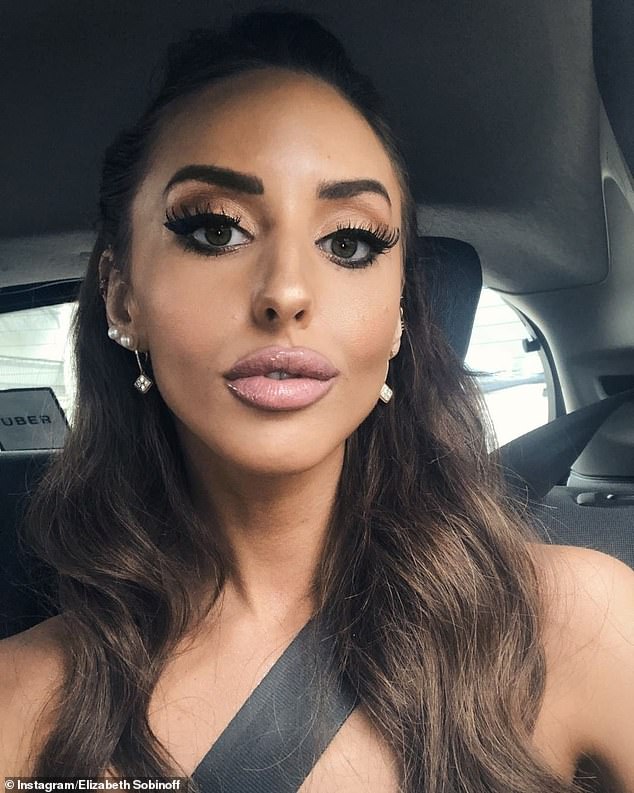 'Is she one of the waiters?' Married At First Sight fans are left puzzled as Elizabeth Sobinoff (pictured) is yet to make an appearance on the controversial series

Before adding: 'Is she one of the waiters?' Another asked: 'Okay, but where is LIZZIE?' along with an animation of cartoon dog Scooby Doo looking confused.

'So correct me if I'm wrong... but wasn't rubber faced Elizabeth Sobinoff from last season supposed to be on this sh*t show?' another commented.

Earlier this month, it was revealed Elizabeth, who starred on MAFS last year, will join the 2020 cast