Bella Hadid puts comfort first as she jets off to London fashion Week... after walking numerous runways for NYFW

But there is no time to rest up. The 23-year-old model was spotted leaving her NYC apartment on Saturday evening - suitcase in hand - en route to her next stop, London fashion Week.

The single stunner spent her Valentine's Day alongside pal and fellow model Kendall Jenner, as they enjoyed lunch in Soho and partook in a leisurely Whole Foods run. 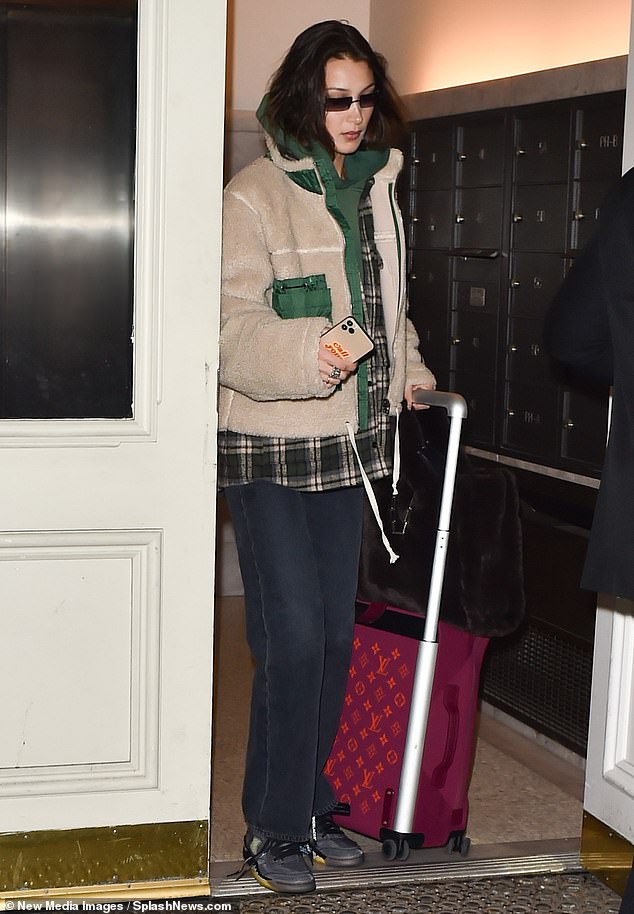 Casual cutie: Hadid opted for comfort over cool as she headed out of her apartment with a visibly makeup free face and her brunette hair strewn about

Hadid's in flight fashion veered on the side of comfort, as she donned a visibly makeup free face and various oversize garments.

She bundled up her svelte frame in a furry beige coat layered over a thick green hoodie.

The basic hoodie was mostly covered by Hadid's grunge-inspired flannel.

She rounded out her jet setting ensemble by slipping her slender stems into a pair of black straight leg jeans and her feet into a pair of Off-White collab Nike sneakers.

The model concealed her piercing blue peepers behind some darkly tinted shades, as she made her way to a nearby vehicle resting outside her apartment. 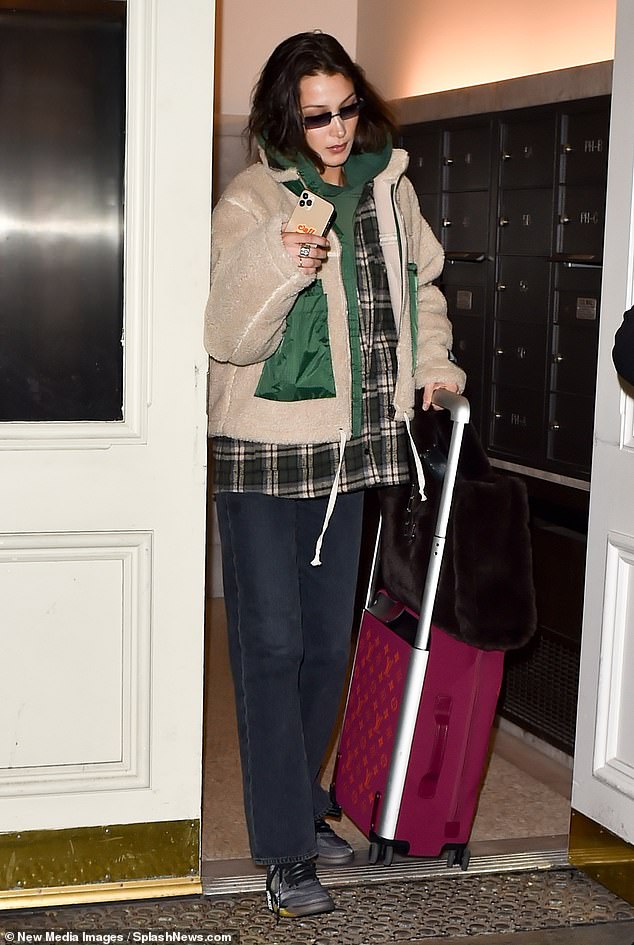 Model mayhem: The 23-year-old was en route to London for London read more from dailymail.....