She voted to 'stay' with her Married At First Sight 'wife' during Sunday's inaugural commitment ceremony.

But it's clear reality TV newlyweds Tash Herz and Amanda Micallef won't get their happily ever after.

On Sunday, Tash made her first official public appearance with new girlfriend Madison Hewitt at an event in Melbourne. 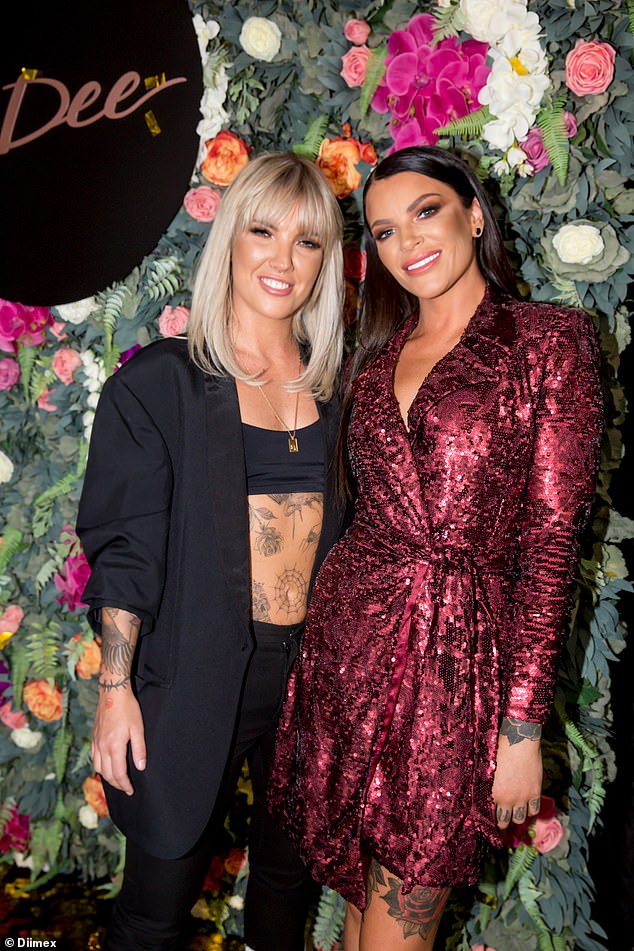 The tattooed bartender, 31, has not been shy about her latest love interest in recent months, and was first spotted with Madison on a Gold Coast beach in January.

Tash appears to have moved on some time ago, as the new romance comes almost five months after her wedding with Amanda, 34, was filmed in September.

Attending the exclusive event hosted by Melbourne's dentist to the stars Dr Dee (Dr.Deepan Duraisamy), the pair packed on the PDA for the cameras.

Despite being 'married' to Amanda during episodes airing now, Tash ditched her wedding ring