Gregg Wallace has revealed how he maintains his three-stone weight loss - something that's made harder by working as the co-host of MasterChef.

The TV presenter, 55, detailed his routine in a chat with Radio Times, explaining that he eats particular food during the day and will most likely skip dinner.

'I might have a chocolate bar on the go for energy. I always eat breakfast as I’ve just come out of gym and I’m ravenous for protein,' he said. 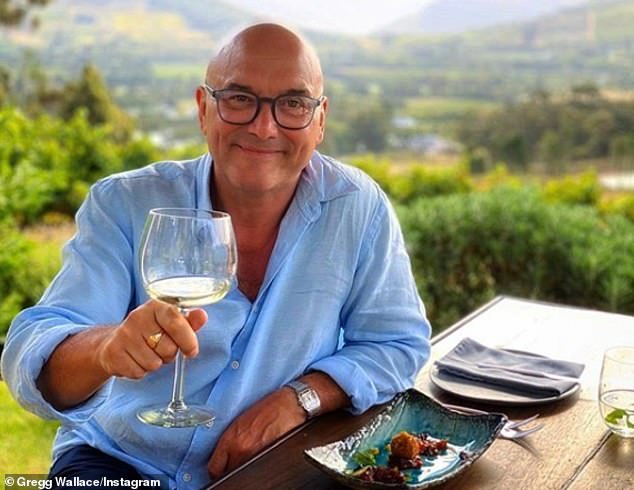 Tricks of the trade: Gregg Wallace has revealed how he maintains his three-stone weight loss - something that's made harder by working as the co-host of MasterChef

'I have boiled eggs, brown bread with chicken sausages or smoked fish on Ryvita with horseradish. I used to eat dinner after a filming day. Not now.'

Of his exercise regimen, he shared: 'I try to be as fit as possible, so I do a lot of exercise every day. Cardio, weights, uphill walking.

Gregg also admitted that he doesn’t go to dinner parties any more since he started working on the show - which is in its 16th year. 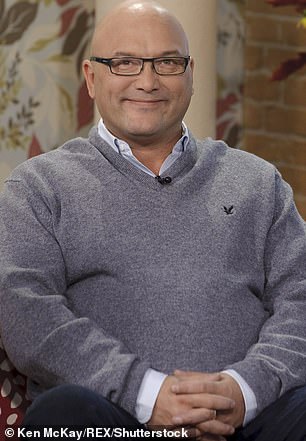 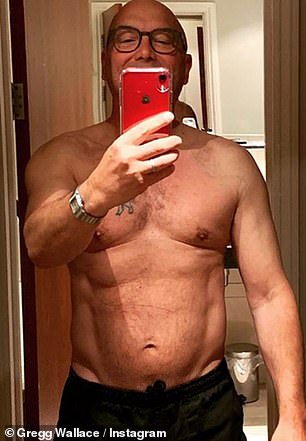 Transformed: Last autumn, Gregg showed off a picture of his incredible body transformation, uploading a snap of his gym-honed physique alongside the caption 'Happy With This' [L]. He is pictured R in 2009 prior to his health overhaul 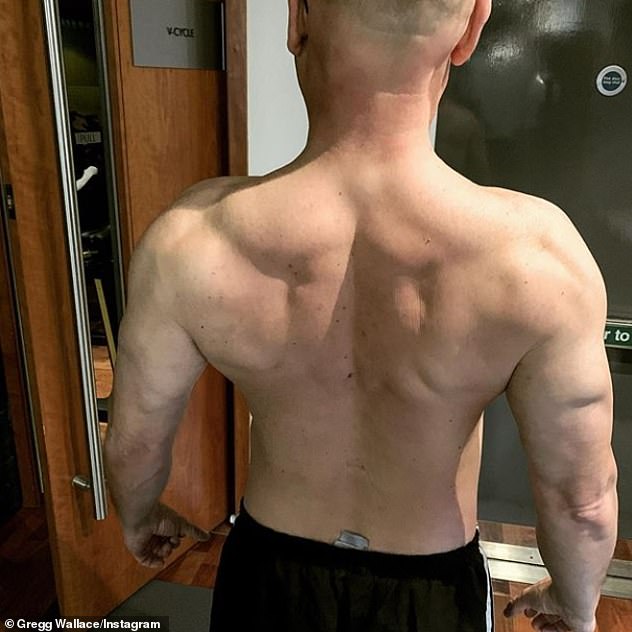 Fit: The TV star's bulging arm muscles and perfectly defined upper back were the motivation most of his fans needed

'I haven’t been invited to anyone’s for dinner since the show began,' he said. 'I like eating with friends in