Married At First Sight plunged into a scandal as Poppy Jennings' friend makes extraordinary claims about her 'husband' Luke Eglin during a live radio interview Do you know more? Email [email protected]

By Jo Scrimshire and Joshua Fox For Daily Mail Australia

Poppy Jennings is reportedly seeking legal advice following her departure from Married At First Sight, according to her friend Susie.

Susie told The Kyle and Jackie O Show on Wednesday that there was more to Poppy's exit than was shown on Monday night's episode.

She claimed that a particular incident, which Daily Mail Australia cannot report for legal reasons, had caused Poppy to abruptly leave the experiment.

Luke reportedly acknowledged the incident took place at the time, and Poppy is now speaking with lawyers to determine what she can say publicly. 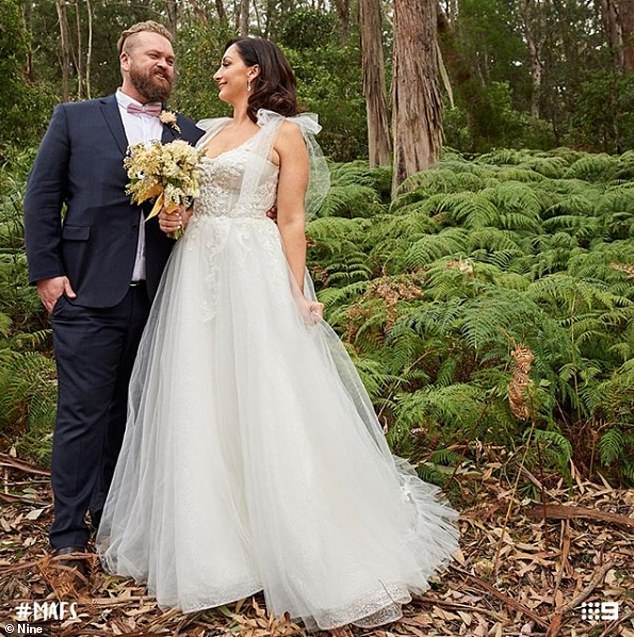 Extraordinary claims: Poppy Jennings is reportedly seeking legal advice following her departure from Married At First Sight, according to her friend Susie. Pictured with Luke Eglin on their wedding day

Susie claimed on the radio: '[Poppy] needs to have an understanding of what she can and can't say. She has been told by producers that she can't come forward because of what has gone on, and how controversial it is to the show.

'It's all about the show, no one is really caring about how she is feeling. Something