'It was very windy!' Tammy Hembrow confirms she WASN'T wearing any underwear with her infamous New York party dress

Tammy Hembrow debuted her most outrageous outfit yet last week, while heading out for dinner at the Nobu restaurant in New York City.

And the 25-year-old Instagram superstar has since confirmed fans' suspicions that she went underwear free in the revealing frock.

Tammy revealed on her podcast, Hanging with the Hembrows, that she had to strategically hold the dress down when she went outside because it was so windy. 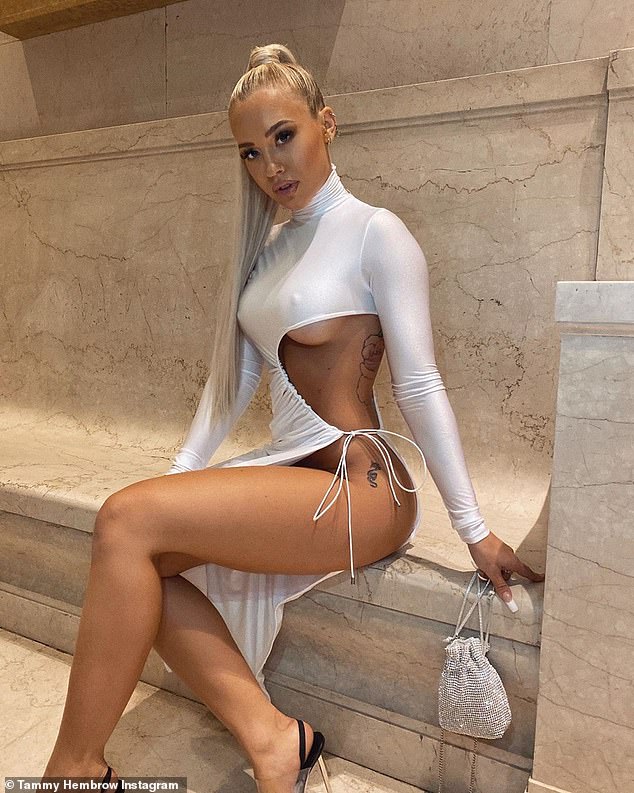 'It was very windy': Tammy Hembrow confirmed she wasn't wearing any underwear with THAT raunchy dress

'Yeah, I was wearing no underwear,' Tammy said. 'And it was also very windy! So when we went outside, I had to literally hold the dress.'

'Lucky you didn't get a pap shot of your whole privates!' Tammy's sister Emilee pointed out.

'It was like... out!' Tammy replied, before adding that she didn't suffer any major wardrobe malfunctions. 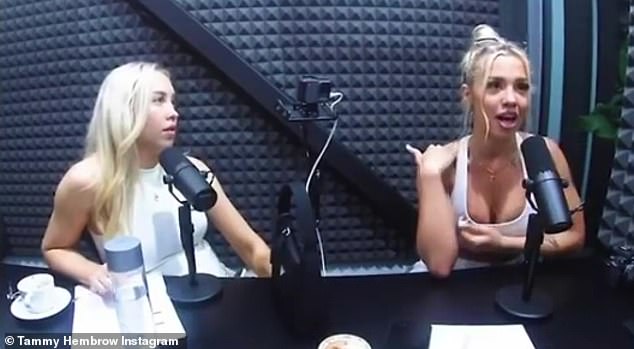