Married At First Sight's Mishel Karen has given an unprecedented insight into her sexuality.

In her newly-surfaced audition tape for the show, the 48-year-old teacher told producers she's had several female lovers in the past.

Describing her lesbian flings, Mishel said: '[You know] how you have friends with benefits? Just, that she's a girl.'

Mishel said her children are aware of her same-sex experiences, explaining: '[My kids] call me call me pansexual.'

'So I think that's the new thing. They think I'd fall in love with a tree, which I probably could because I really like trees,' she explained with a smile.

Pansexual is defined as the sexual, romantic or emotional attraction towards people regardless of their sex or gender. 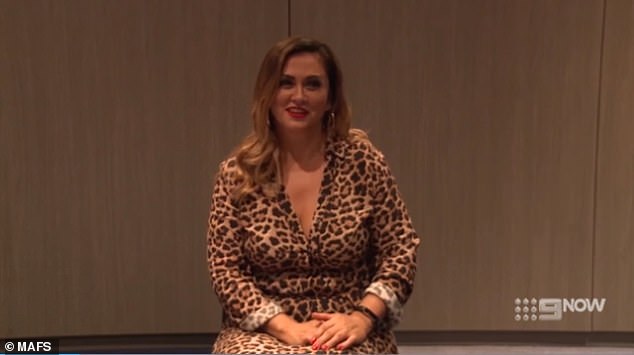 'Friends with benefits... just, that she's a girl': Married At First Sight's Michel Karen, 48, revealed to producers in her audition tape that