The Batman: Robert Pattinson's stunt double tears through cemetery on a motorbike in action-packed scene as Glasgow turns into Gotham for filming

But Batman descended upon drizzly Glasgow in full black body armour as he roared around a cemetery on a motorbike during filming on Friday.

The Scottish city is standing in for the fictional metropolis of Gotham in the upcoming film The Batman, starring Robert Pattinson. 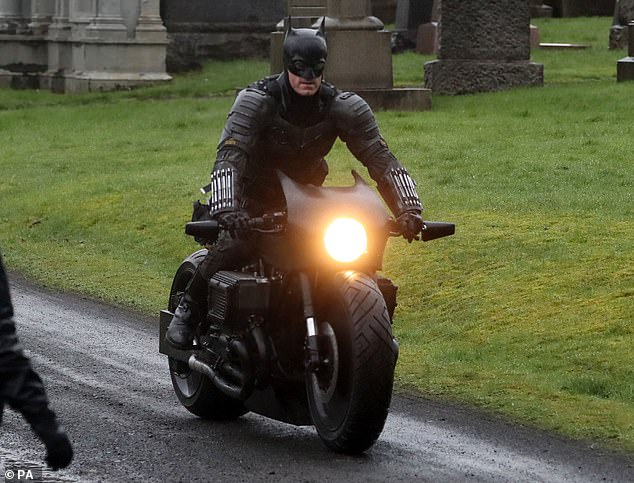 Making an entrance: Batman descended upon drizzly Glasgow in full black body armour as he roared around a cemetery on a motorbike during filming on Friday

The caped crusader- Robert's stunt double- tore through the tombstones wearing the full Bat-Suit, complete with the iconic pointy-eared cowl and sculpted armour plates made to resemble muscles.

A source told the Sunday Mail Glasgow was selected for its gothic architecture and winding streets.

The source said: 'Glasgow will be turned into Gotham City and, with the city’s architecture, it’s expected to look great in the new film.' 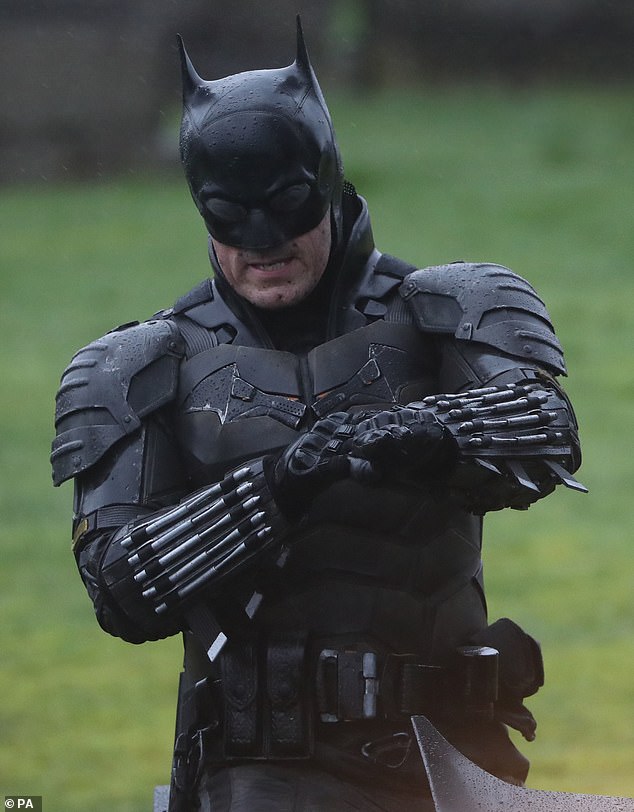 Down and dirty: The Batman is due for release on 25th June 2021 in both the UK and USA. Robert Pattinson stars as the Caped Crusader, with Zoe Kravitz, Paul Dano and Nicholas Hoult

sport news 10 of the Greatest Grand Nationals: McCoy's win on Don't Push It