She debuted the latest pieces from her Saski Collection at New York fashion Week earlier this month.

But on Saturday, Tammy Hembrow was a guest of honour at the Philipp Plein runway show at Milan fashion Week.

En route to the event, the 25-year-old posed up a storm in a swanky bathroom in a racy black frock with cut-out detail, that accentuated her ample cleavage. 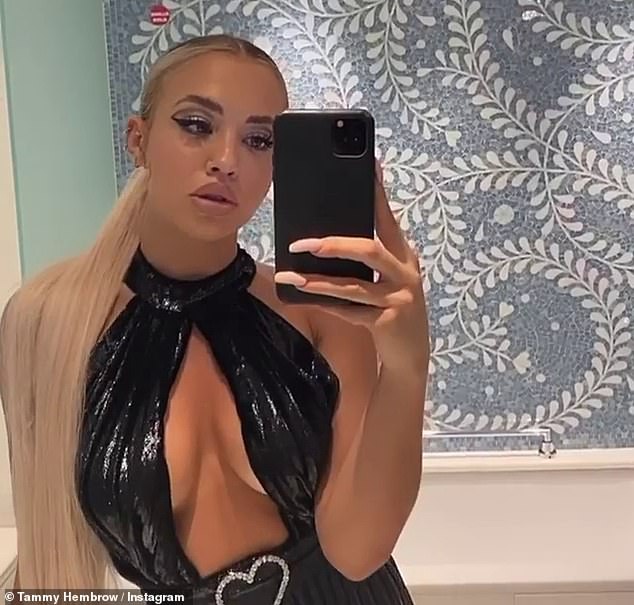 Ciao, bella! Tammy Hembrow, 25, (pictured) showed off her ample cleavage in a racy black frock with cut-out detail. She posed in a swanky bathroom in an Instagram video, en route to the Philipp Plein Milan fashion Week show on Saturday

Tammy played with the fabric of her eye-catching dress, which also featured a crystal heart clasp at the waist.

Her blonde extensions were styled in a sleek ponytail with centre parting, and her makeup included bold brows, false lashes and a matte nude colour on her pout.

The mother-of-two simply tagged the designer in the caption, alongside a black heart emoji.

Hannah Ann Sluss flashes her toned midriff in a cute white top on an outing in ...