The Irish TV presenter took to Instagram to post a selfie of herself clad in a pink suit and a black 'Choose Love' T-shirt, which raises profits for Help Refugees, a cause close to both Laura and Caroline's hearts.

In a subtle tribute to her dear friend, Laura explained that it's 'been a tough week' for the entire cast and crew of the hit ITV dating show, which Caroline was originally the host of. 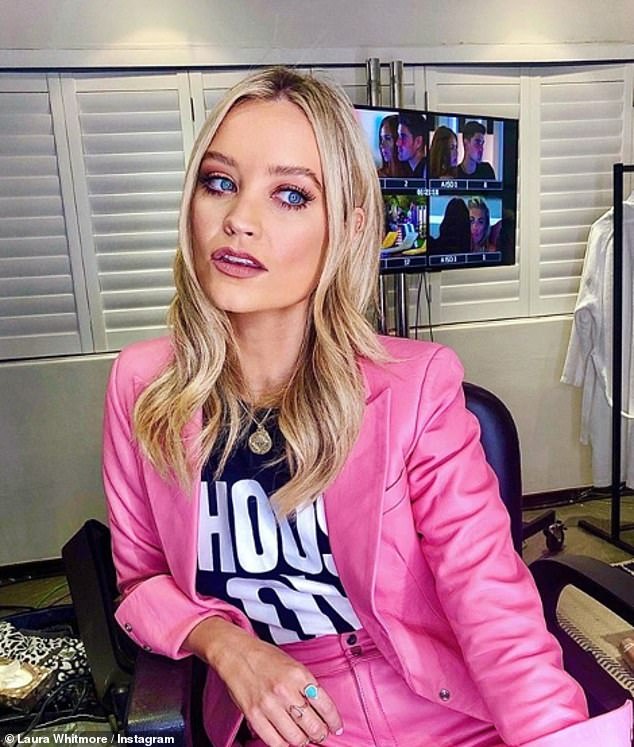 She penned: 'So many emotions ahead of @loveisland the Live Final tomorrow from 9pm @itv2 Been a tough week, let’s give all the love to the islanders.

Choose Love is the world's first store that sells real products for refugees, which each purchase buying a similar item for a person in need.

Elsewhere, Laura's boyfriend Iain Stirling, who narrates the ITV2 dating show, praised his other half for her work on Love Island in the wake of their friend Caroline's sudden passing. 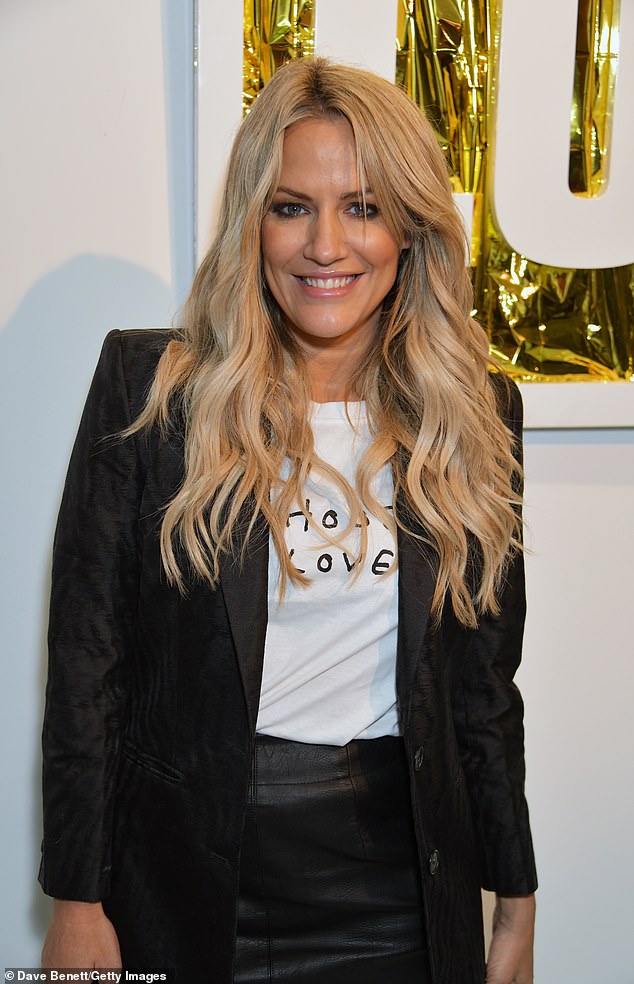 Gone too soon: Caroline took her own life hours after finding out she would face trial over the alleged assault of boyfriend Lewis Burton last year (Pictured in September 2019 at the launch of the Choose Love LFW Collection) 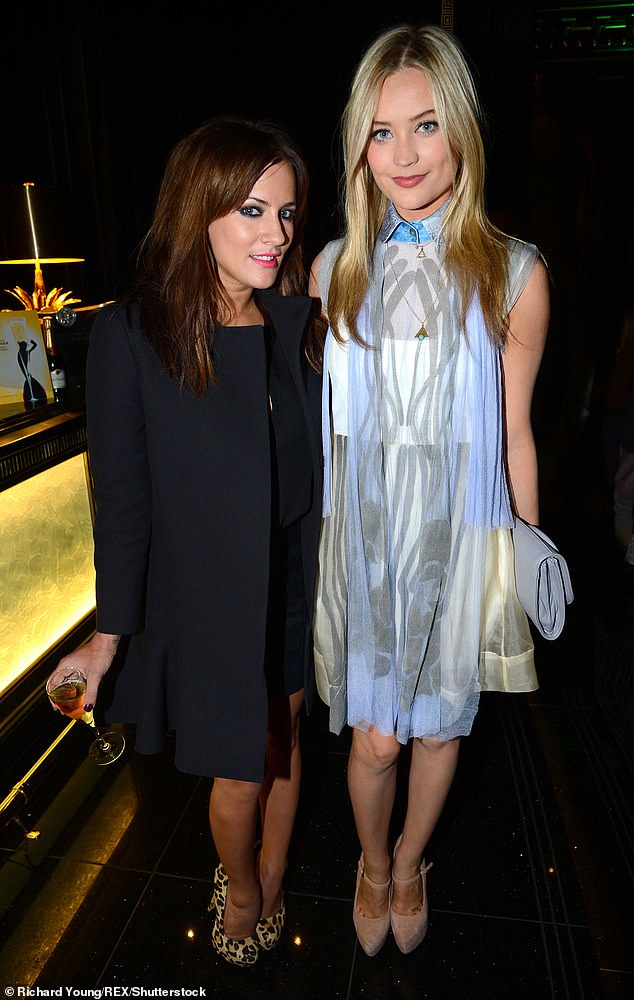 Close friends: The presenter replaced Caroline on Love Island's first-ever winter edition after the face of the show decided to step down from her role late last year (pictured in 2013)

Ahead of the series final, Iain penned on Twitter: 'Big day today. It’s the final of @LoveIsland. I hope you all tune in.

'The contestants have been amazing this year. So a huge well done to all of them, the team that make the show what it is and of course @thewhitmore for being more incredible than I could have ever imagined. X.'

Caroline, 40, tragically took her own life last week, just hours after she was told she would face trial for allegedly assaulting her boyfriend Lewis Burton. 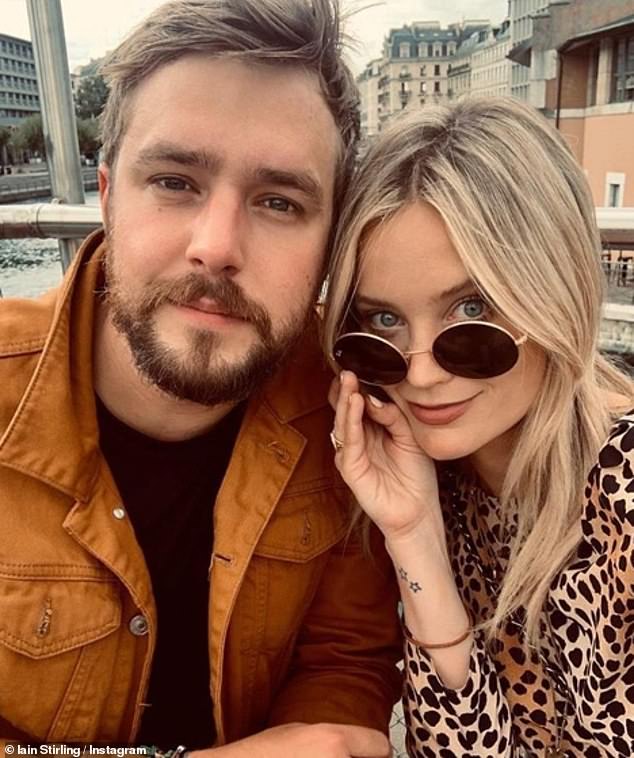 Praise: Laura's boyfriend Iain Stirling, who narrates the ITV2 dating show, praised his other half for her work on Love Island in the wake of their friend Caroline's sudden passing

In her moving tribute to her late friend, Laura said last Sunday: 'I wish we were talking under better circumstances and I’d been debating whether I should, would or could come on air today. But this isn’t about me, yesterday we lost someone before their time.

'Anyone who knew Caroline knew she was vivacious, loving and had a passion for life, which is why none of this makes sense.

'Caroline loved dancing. Angels by Robbie Williams always reminds me of her because she danced so beautifully to it on Strictly and I’m going to play that song after I’ve said what I want to say.

'Caroline loved music, she loved to dance. We shared many a dance floor at gigs, festivals.

'I met her just shy of 10 years ago at V Festival and then we became friends. She was bubbly and for such a small stature, commanded a room. She loved to laugh and had the most infectious chuckle.

'She also had many struggles. I’m not going to pretend that she was perfect, but is anyone?'

Laura also took the opportunity to defend the ITV2 dating show amid backlash in the wake of Caroline's death. 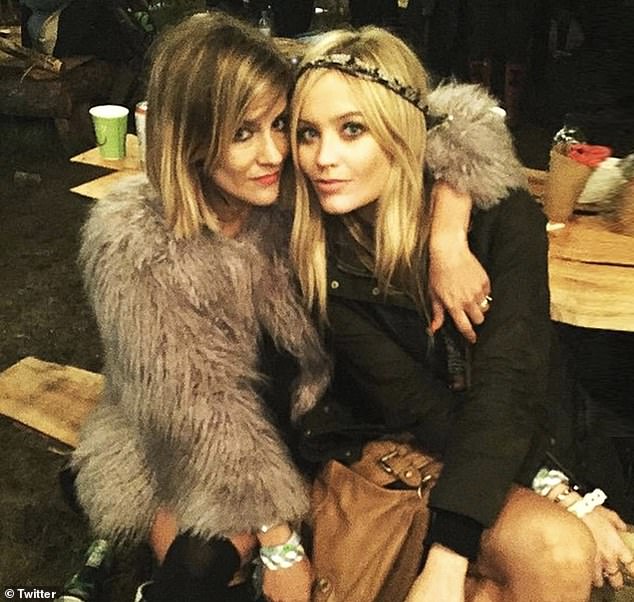 The blonde added: 'Caroline loved to love. That’s all she wanted. Which is why the show Love Island was important to her because it’s about finding love, friendship, having a laugh.

'The problem wasn’t the show, the show to work on was loving and caring and safe and protected.

'I’d like to thank BBC and ITV for the support that I’ve had and those who’ve supported my decision to come in today as I felt it was the right thing to do.

'Thank you to my boyfriend, the kindest man I know, to the whole Love Island family who are in mourning of their colleague and friends, and have