She has taken a hiatus from runway modelling, noting she wanted to 'embrace new things with a childlike curiosity'.

But Cara Delevingne harked back to her roots as she sat on the front row with Karlie Kloss at Dior's Paris fashion Week Autumn/ Winter 2020-2021 show on Tuesday.

The actress, 27, turned heads as she went braless in a black sheer lace dress, which was adorned with floral embroidery. 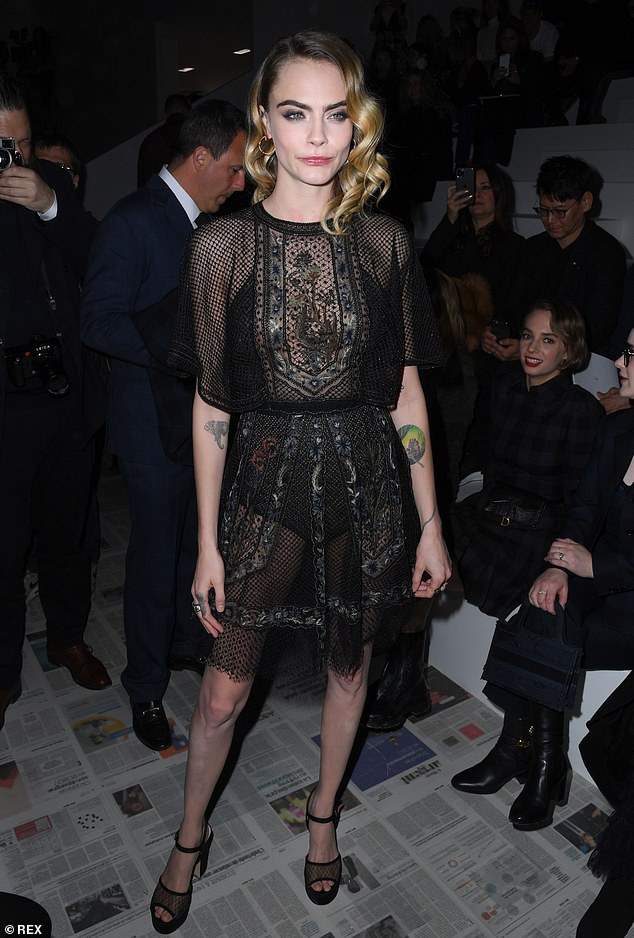 The delicate lace dress, which had an A-line pleated, showcased Cara's long legs.

The model, who styled her blonde locks into a glossy curly blow-dried hairdo, finished her look with with a pair of black sheer patterned heeled sandals and gold hooped earrings.

Cara appeared in high spirits as she mingled with a slew of her modelling pals while taking a front row seat. 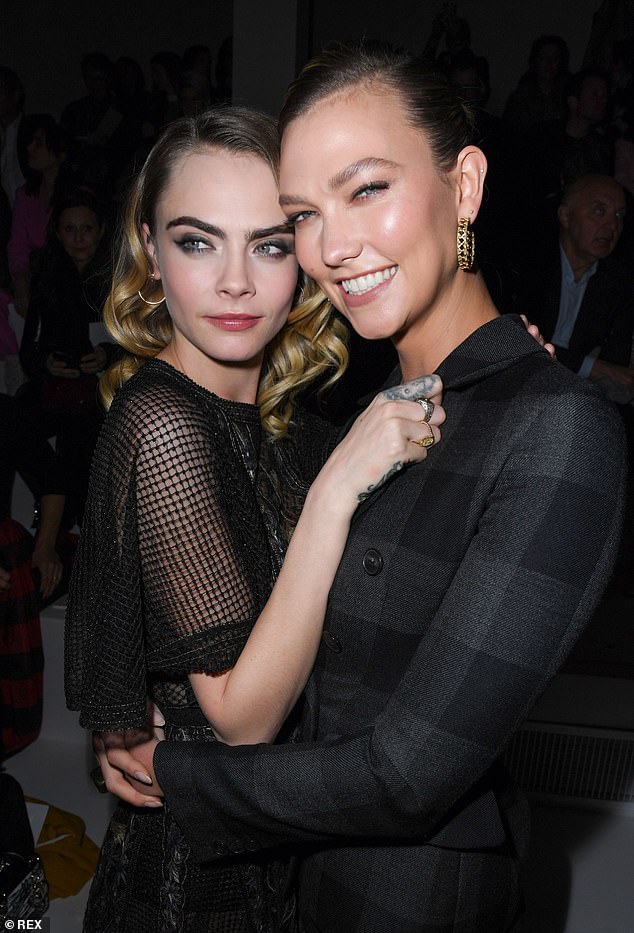 The Suicide Squad actress gave Karlie Kloss, also 27, a warm hug as they reunited at the fashion giant's showcase 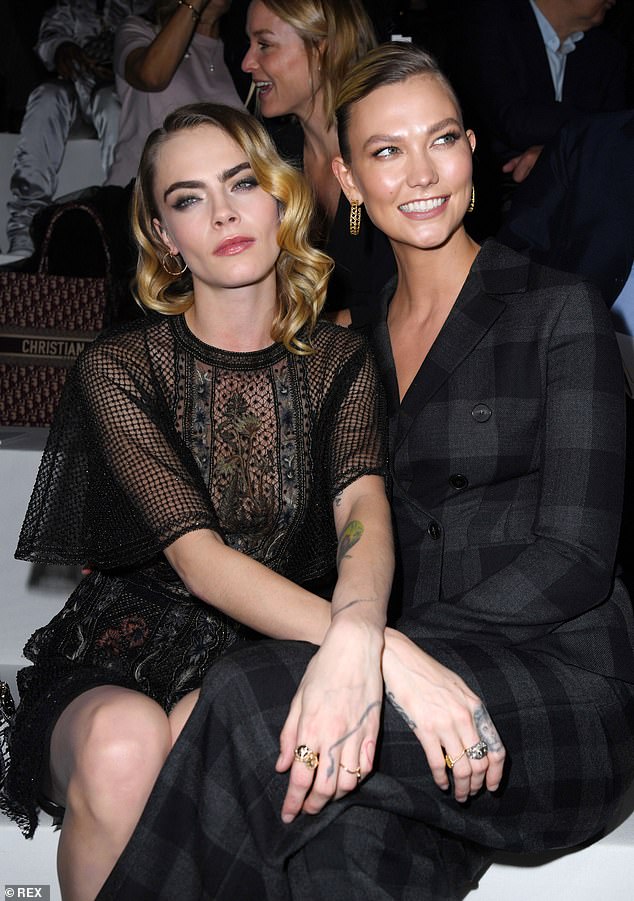 Catching up: Cara was seen having a deep catch-up with Karlie Kloss on the FROW at the runway show 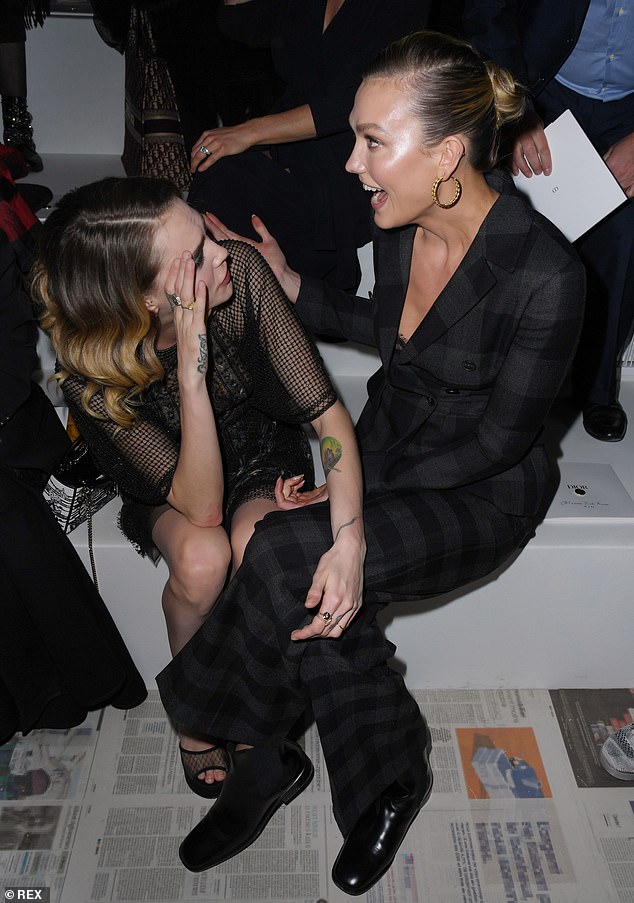 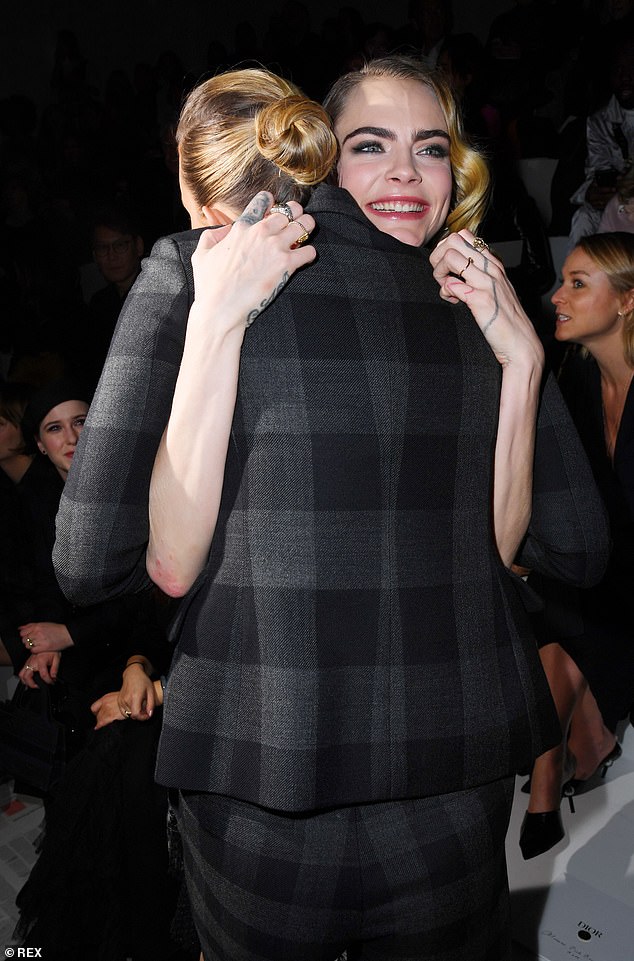 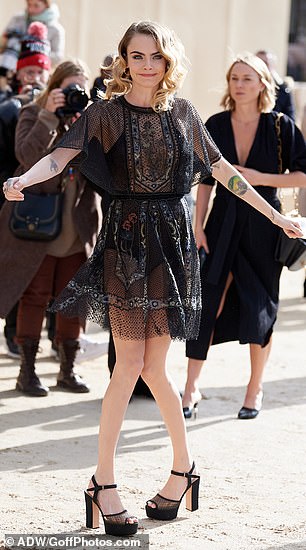 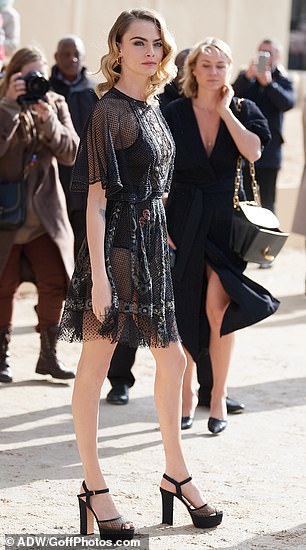 Will Sam make it to the wedding after his stag do ends in disaster? #emmerdale