Future has claimed his alleged baby mama Eliza Seraphin is trying to get money out of him.

The hip-hop star, 36, has filed legal documents claiming the social media star has even given her nine-month-old daughter Reign the nickname 'check baby', according to TMZ.

The rapper - who has never claimed paternity of Eliza's child - also alleges that Eliza tried to get pregnant for her own financial gain. 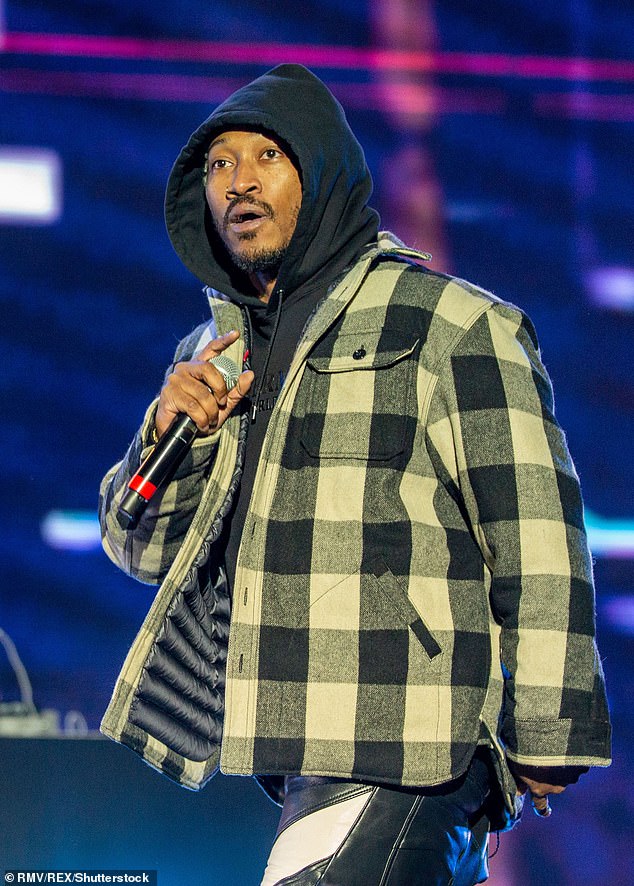 New legal documents: Future has claimed his alleged baby mama Eliza Seraphin is trying to get money out of him

TMZ reports that Future's lawyers define the nickname as 'slang terminology describing a child conceived solely for the purposes of extorting monies from the father of a child in the child support setting'.

The documents also supposedly state that Eliza (whose Instagram bio reads 'Just take the test') researched how much child support Future paid his other baby mamas.

The website reports that Future is only prepared to give Eliza $450 per month, based on a financial affidavit Eliza filed in court. 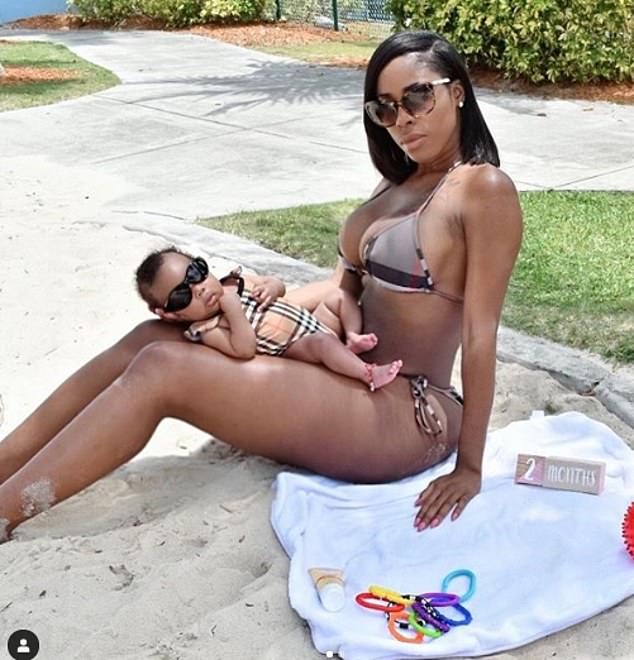 Baby girl: The hip-hop star, 36, has filed legal documents claiming the social media star has even given her nine-month-old daughter the nickname 'check baby', according to TMZ

Earlier this month, it emerged Future had sued Eliza amid allegations she's publicizing their sex life to get money from him and mint her celebrity.

The rapper is asking for damages in his case accusing Seraphin of defamation and invasion of privacy, TMZ reported at the time.

While he makes no mention of his potential paternity with her in the court docs, he does admit to past having sex with Seraphin during a timeframe between 2016 and 2018, and says he would have never become romantically involved with her initially had he known about her lack of discretion. 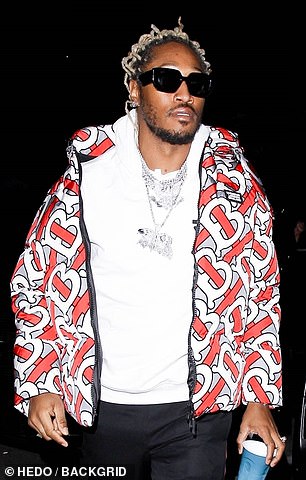 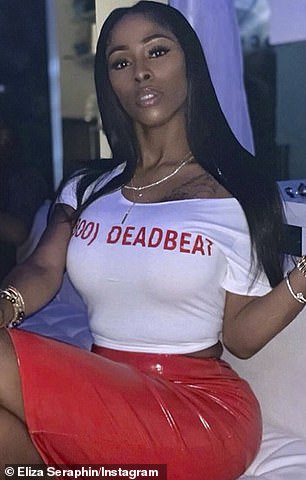 The latest: Earlier this month, it emerged Future had sued Eliza amid allegations she's publicizing their sex life to get money from him and mint her celebrity

Future said that Seraphin spoke about intimate details of his anatomy on Stationhead's Rah Ali's Onsite, and then distributed the appearance via her social media.

The Life Is Good artist noted in court docs that Seraphin has made other false claims about him - once saying he tried to have her killed after she refused to have an abortion.

He said in legal docs that her behavior has caused him emotional distress and damaged his brand, and is requesting she cease speaking about him publicly. 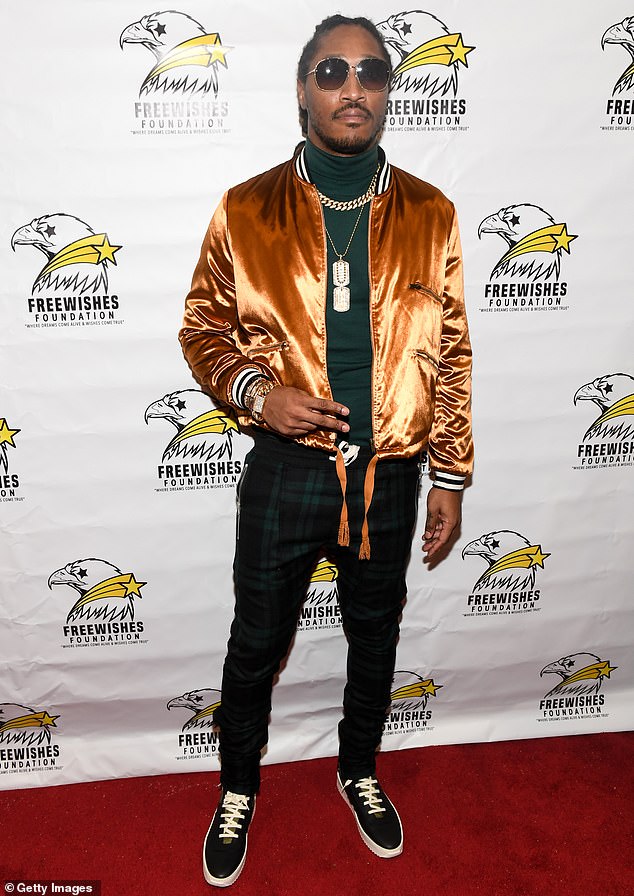 Getting dirty: Future has past sought a paternity suit battle with his alleged baby mama Eliza Seraphin after he request a psychiatric evaluation for her, according to TMZ; pictured in 2017 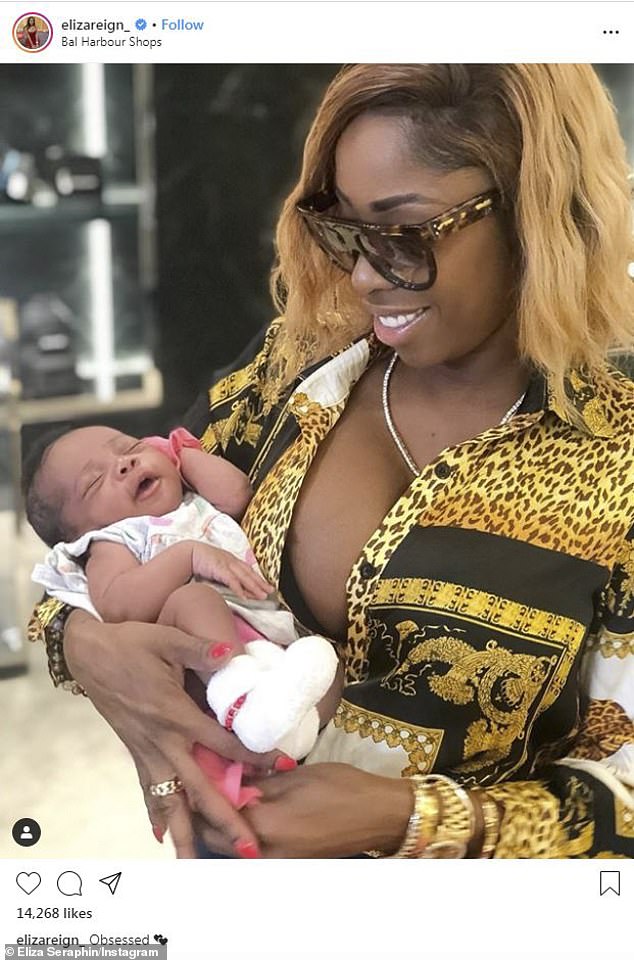 'Obsessed': He claims her regular posts about him on Instagram

NHS doctor demonstrates why wearing gloves at the supermarket will NOT protect ...