Married At First Sight's toothbrush scandal gets nastier as Hayley Vernon 'threatens legal action' against David Cannon and producers are forced to shut down filming Do you have a story about a MAFS participant? Email [email protected]

Married At First Sight's toothbrush scandal could lead to a legal firestorm.

According to OK! magazine, Hayley Vernon considered taking legal action during filming after she discovered David Cannon had scrubbed a dirty toilet with her toothbrush.

'She was understandably completely outraged and threatening behind the scenes to call in the lawyers,' a source claimed. 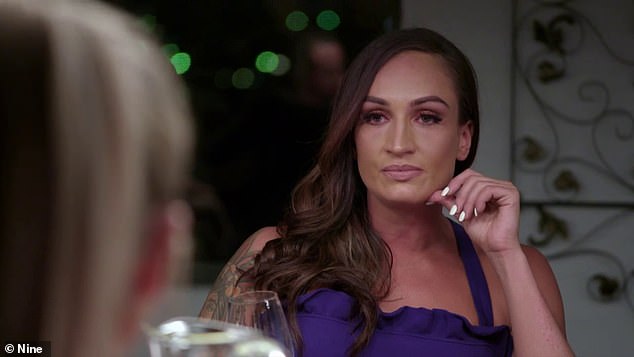 'She was completely outraged': Married At First Sight's Hayley Vernon considered taking legal action after she discovered David Cannon had scrubbed a dirty toilet with her toothbrush

The toothbrush incident was reportedly so notorious on set that filming was temporarily shut down while the participants were 'forced to cool off'.

Meanwhile, a lawyer has weighed in on the legal action Hayley, 32, potentially could have taken over the toothbrush saga.

Michael Bradley of Marque Lawyers told Pedestrian on Wednesday that