And on Thursday, the couple were all smiles as they attended their first public event together as new parents in Sydney.

Cyrell, 30, certainly had that new mother glow as she showed off her post-baby frame in a figure-hugging black dress. 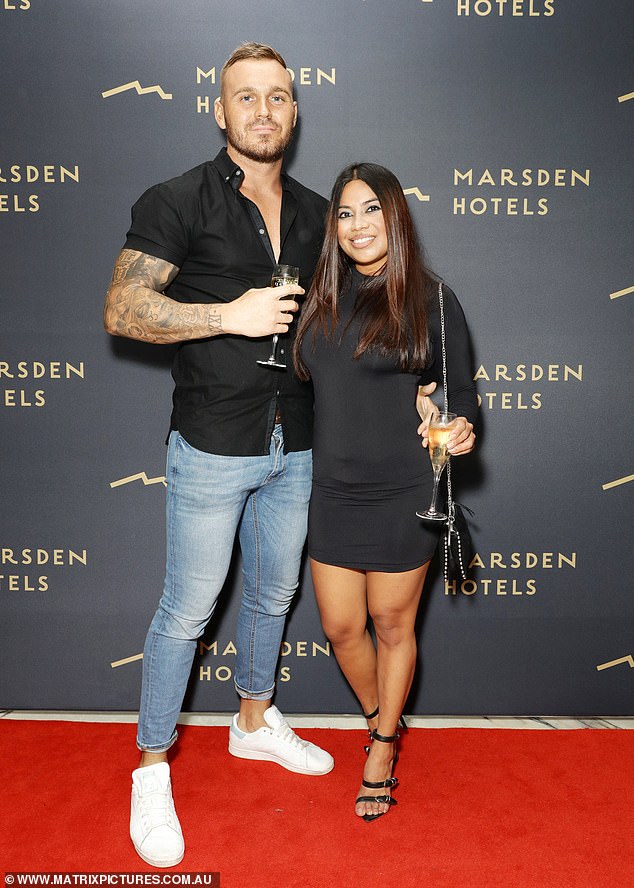 The reality TV star couldn't contain her grin as she cuddled up to partner Eden - who is known for his appearance on the inaugural season of Love Island Australia in 2018.

Cyrell appeared to celebrate the evening out at the VIP launch of Burwood's first luxury hotel with a glass of Champagne.

She paired her look with black heels and a cross-body bag with a silver chain.

Meanwhile, Eden, 27, was dressed casually for their date night in jeans, a black button-up shirt and white sneakers. 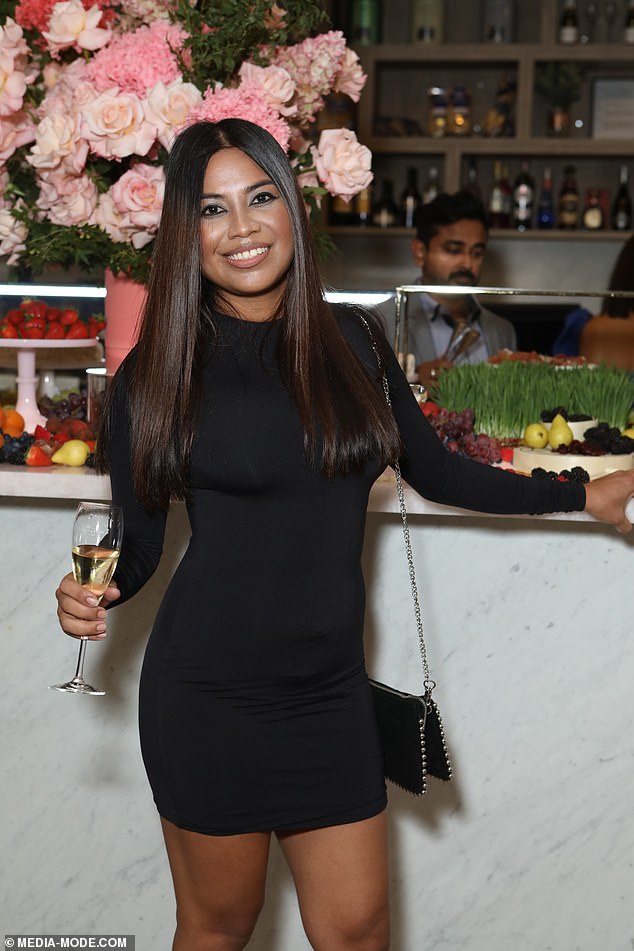 Mama on the town! Cyrell, 30, certainly had that new mother glow as she showed off her post-baby frame in a figure-hugging black dress 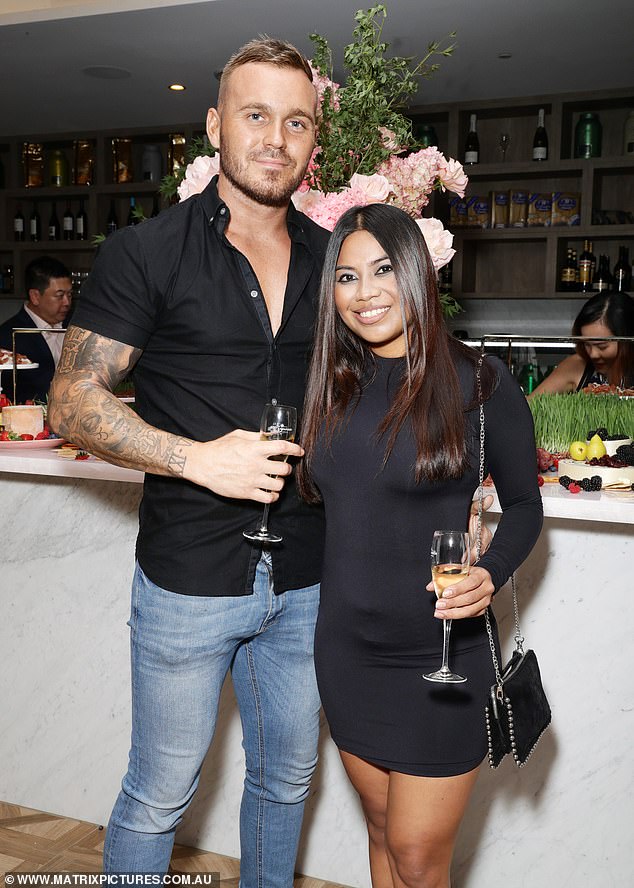 Pour the Champagne! Cyrell and Eden appeared to cheers to newfound parenthood while out at the VIP launch of Burwood's first luxury hotel

The couple announced the birth of their first child, son Boston Eden, on Tuesday, after weeks of being unable to decide on a name.

Cyrell told New Idea that they originally liked the name Cruze, but Cyrell's sister named her own child that.

PREV Married At First Sight fans compare Stacey Hampton to Regina George from Mean ...
NEXT TALK OF THE TOWN: Humble Princess Anne shows 'call me Harry' what being ...