She returned to the United States days earlier after taking a weekend trip to Mumbai, India, for a fashion show.

Priyanka Chopra was back in Los Angeles on Friday as she went on a search for a new West Coast office space.

While the 37-year-old actress was checking out a unit, her husband Nick Jonas, 27, sat down for a business lunch in West Hollywood. 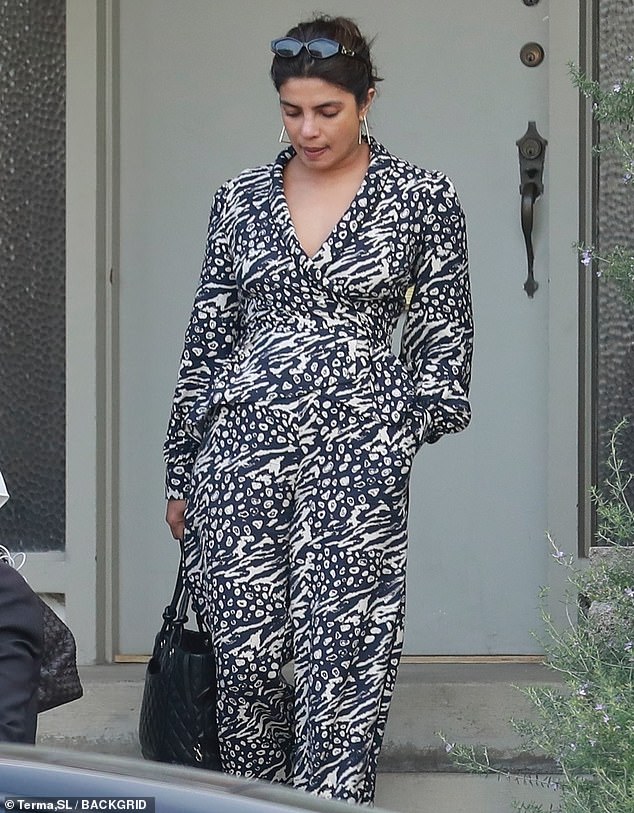 On the hunt: Priyanka Chopra, 37, was back in Los Angeles on Friday as she went on a search for a new West Coast office space while her husband Nick Jonas had a business lunch

Priyanka had on a hypnotizing black and white jumpsuit covered in abstract dots and stripes.

The 5ft5in Quantico star had on a set of white boots, and she carried along a black quilted handbag.

She wore prominent triangle-shaped earrings and had a pair of black sunglasses cocked up over her raven locks, which were tied back in a messy bun. 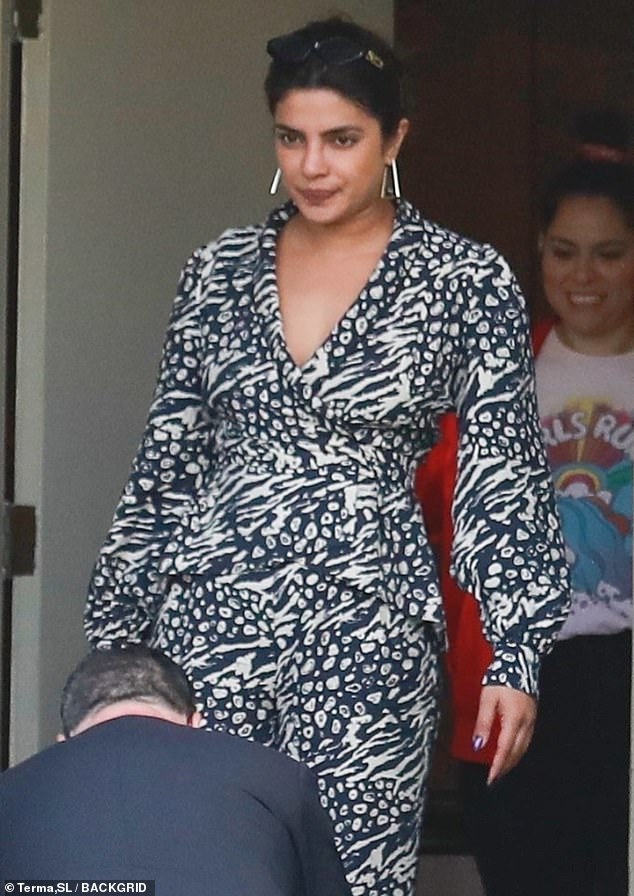 Black and white: Priyanka had on a hypnotizing black and white jumpsuit covered in abstract dots and stripes, which she paired with white boots and a black quilted handbag

Style icon: She wore prominent triangle-shaped earrings and had her raven tresses tied back in a messy bun

Meanwhile, her husband Nick was in West Hollywood for a business lunch at the San Vicente Bungalows.

The exclusive celebrity club requires members and guests to sign a code of conduct upon arrival, and guests have a sticker placed over the lens of the phone cameras.

Nick was covered up in a Gucci windbreaker hoodie, paired with a set of black jeans and white Converse sneakers.

He took a call as soon as he left and carried along his masculine strapless satchel while wearing a pink-tinted pair of aviator sunglasses. 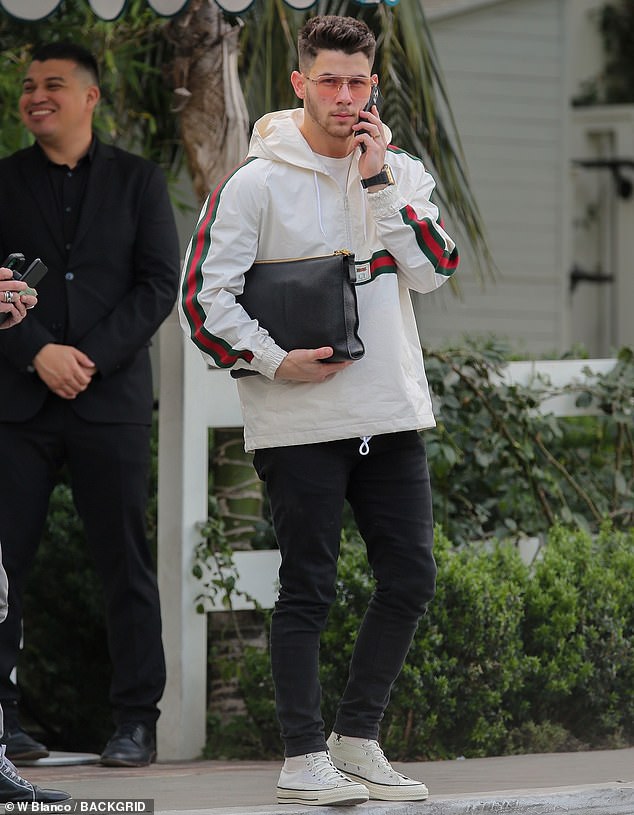 On Wednesday, Priyanka and her Jonas Brother husband arrived back at their New York City apartment, just before he dashed away again for an appearance on Late Night With Seth Meyers.

She was likely happy to be back in the comfort of her own home after her cross-Atlantic flight, as a direct flight from Mumbai to New York can take over 16 hours.

During her stint at the Blenders Pride fashion Show, Priyanka modeled a sheer black shawl over an