TALK OF THE TOWN: Nicholas Cage walks through New York airport with his new girlfriend Riko Shibata and a cuddly beluga whale after a trip to the aquarium

It's not every day you see a Hollywood superstar wandering through an airport proudly holding on to his girlfriend... and a beluga whale.

But here’s Nicolas Cage, 56, doing just that at JFK Airport in New York on Friday.

He clearly couldn’t resist bringing the cuddly souvenir home – along with new partner Riko Shibata – after a trip to Atlanta and a visit to the city’s aquarium. 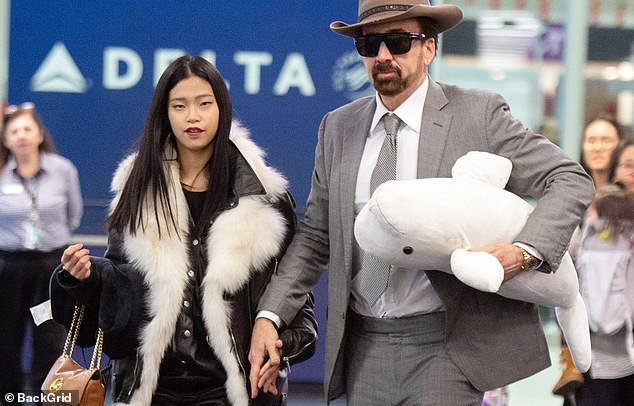 Nicholas Cage, dressed in a grey suit, holds hands with his new girlfriend Riko Shibata while carrying a beluga whale toy from the Atlanta Aquarium 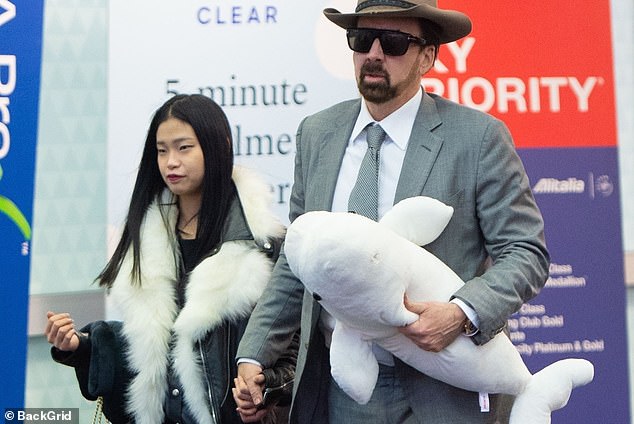 The pair were arriving at JFK Airport in New York City. The actor wore fedora and shades

The Face Off star tried to go incognito in fedora and shades… but who could ignore that big beluga?

PREV James Corden baffles fans with his 'posh' accent as he appears on Saturday ...
NEXT Hugh Jackman dons a face mask while riding his bike in New York City amid ...

Why are we so worried about the spread of coronavirus? Think of rice on a ...