She was recently in Germany for the Berlinale, Germany's premier film festival.

But Elle Fanning returned to sunny Los Angeles this weekend, and she was well-prepared for the lengthy flight.

The 21-year-old was spotted Friday night with a pillow tucked under one arm as she emerged from the Tom Bradley International Terminal at LAX. 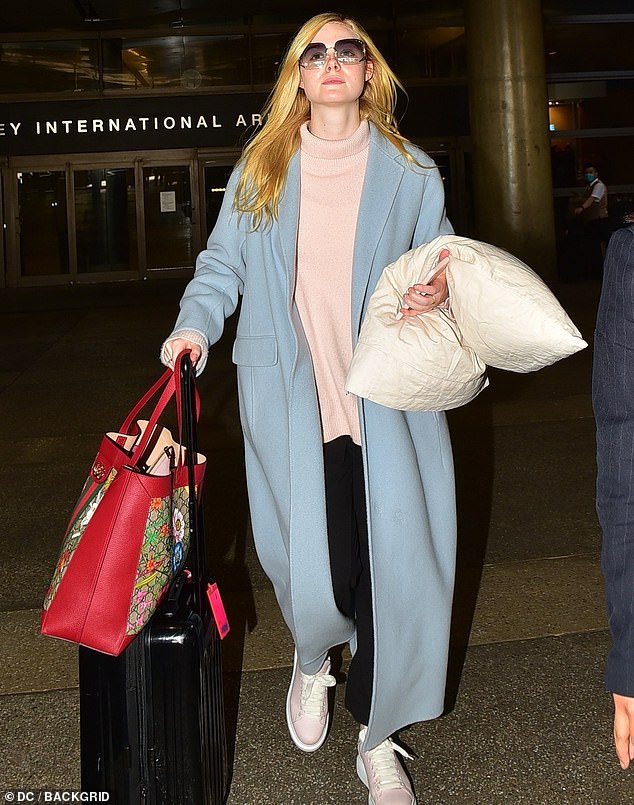 In transit: Elle Fanning returned to sunny Los Angeles this weekend, and she was well-prepared for the lengthy flight

Wearing her signature blonde hair down, the little sister of Dakota Fanning pulled along a black carry-on bag and a Gucci Flora tote.

She threw a powder blue overcoat on top of a pale pink turtleneck, clashing a pair of dark trousers with light sneakers.

Elle was in the German capital to attend the Berlinale premiere this Wednesday of her upcoming movie The Roads Not Taken.

PREV Elizabeth Hurley shares racy lingerie snap after 11 days in lockdown
NEXT TALK OF THE TOWN: Humble Princess Anne shows 'call me Harry' what being ...