He said he had 'outgrown' Saturday Night Live and was ready to leave the 'cutthroat' show because the cast 'make fun of him.'

Yet Pete Davidson was once again back this week in two sketches alongside the host, former SNL writer John Mulaney.

Pete, 26, left his future with the long-running late night sketch comedy series in limbo after he spoke about being the butt of jokes on SNL during a Monday interview with Charlamagne Tha God. 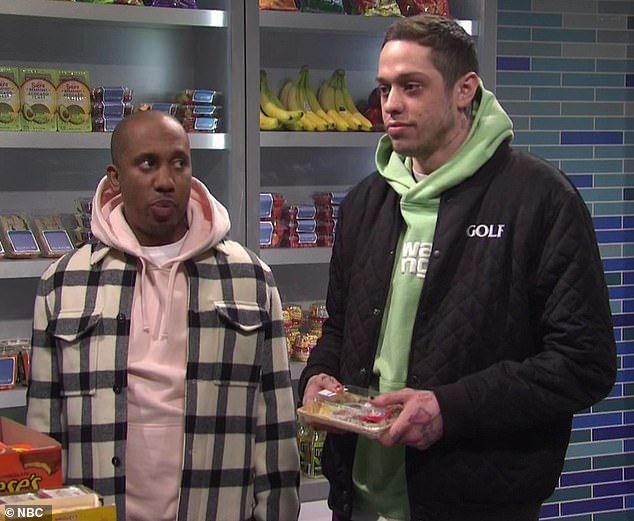 Reversal: Pete Davidson, 26, was in two SNL sketches this week, but on Monday he called the show 'cutthroat' and said he had 'outgrown it' in an interview with Charlamagne tha God

The King Of Staten Island star appeared early in the show in a hilarious meme-focused skit with Mulaney.

John played the father of a daughter who was celebrating that she just got accepted into Stanford.

He lost his temper on his nephew (played by Pete Davidson) after he created a meme from his Facebook profile photo.

He put on a slideshow of the memes full of gratuitous self owns in front of his own family. 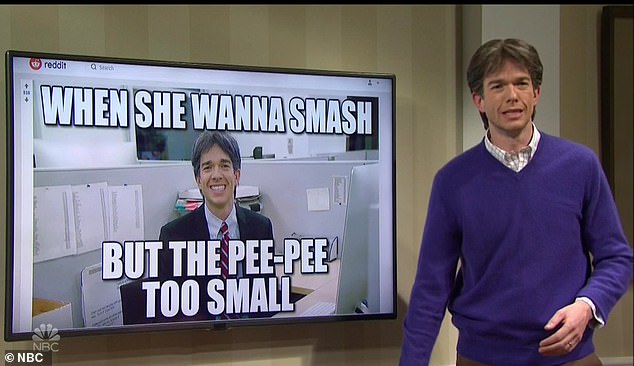 Awkward: The comedian appeared early in the show in a hilarious meme-focused skit with Mulaney. John lost his temper on his nephew (played by Pete) after he created a meme from his Facebook profile photo 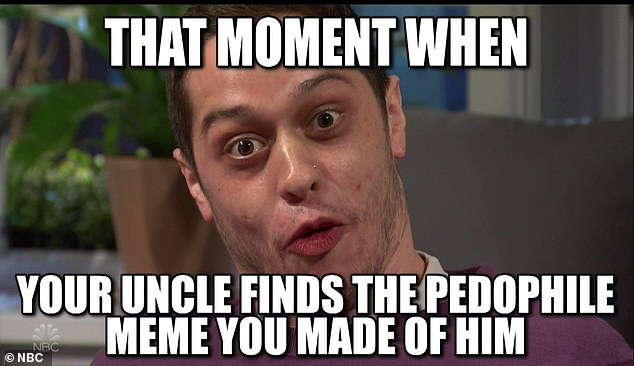 Taste of his own medicine: He put on a slideshow of the memes full of gratuitous self owns in front of his own family, though Pete was humiliated by the end

'I'd like a bottle that will roll to the back of the plane as soon as we take off,' he said,

But after he added sushi, 'the spicy tuna roll that's sitting in the display case next to the ham and cheese panini,' a crew of LaGuardia phantoms launched into musical numbers about the airport's disrepair.

Unlike previous shows, none of the sketches featured autobiographical elements, and there weren't any jokes about his personal life. 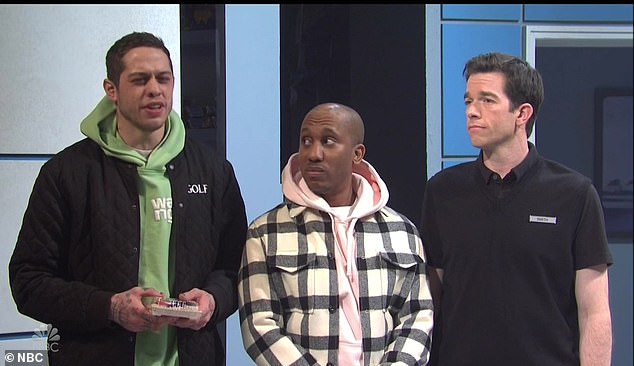 Spooky: Later, Pete played a customer at LaGuardia airport who bought sushi at a convenience store, prompting airport phantoms to launch into musical numbers about the airport 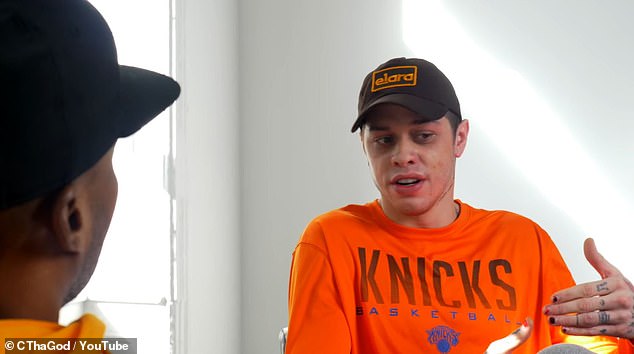 Sick of it: The comic actor told Charlamagne tha God, left, he has 'outgrown' Saturday Night Live and is ready to leave 'cutthroat' show because the cast 'make fun of him' in an interview Monday

Davidson, who has been on the hit NBC show since 2014 and was one of its youngest ever cast members, spoke with Charlamagne tha God in a newly-released interview posted Monday.

He had been questioned on whether he asks fellow star Adam Sandler for advice about when to leave SNL, to which he replied: 'I personally think I should be done with that show because they make fun of me on it.'

Calling the environment 'cutthroat', Pete added: 'Everyone is trying to be the next big thing. Like you’re not going to get coddled over there. You know, they don’t give a f*** at the end of the day.

'They think I’m f***ing dumb. I’m literally painted out to be this big dumb idiot.' 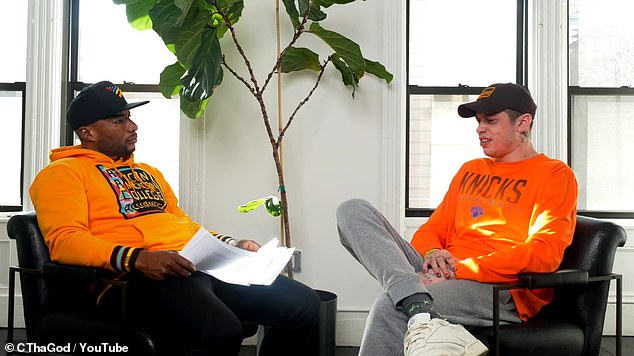 Making history: Davidson has been on the hit show since 2014 and was one of its youngest cast members ever, said his colleagues 'don’t give a f*** [about him] at the end of the day'

Asked if had outgrown the show, Pete, who said he had wanted 2019 to be his last year as a cast member, replied: 'Yeah, I think everybody outgrows it.'

It comes as sources tell The New York Post that the rest of the cast believe he is getting preferential treatment from creator Lorne Michaels. A source said: 'Pete has a pretty cushy gig, to say the least. The cast isn’t into him.

Technology Bill Gates thinks schools will reopen in the fall, but the economy won't ...