The former TOWIE star, 34, took to Instagram on Sunday to show off her dazzling ring in a sweet snap of the pair kissing in the French Alps.

In an Instagram post she penned: 'A million times YES! ❤️ I love you so much x' 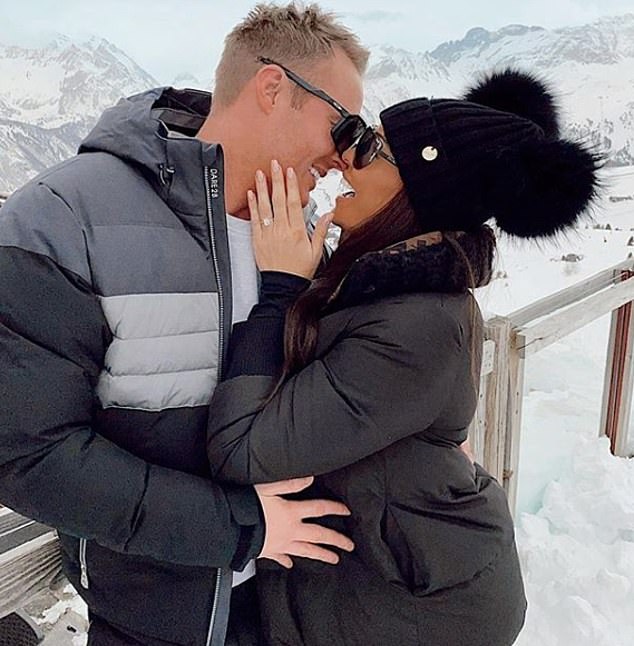 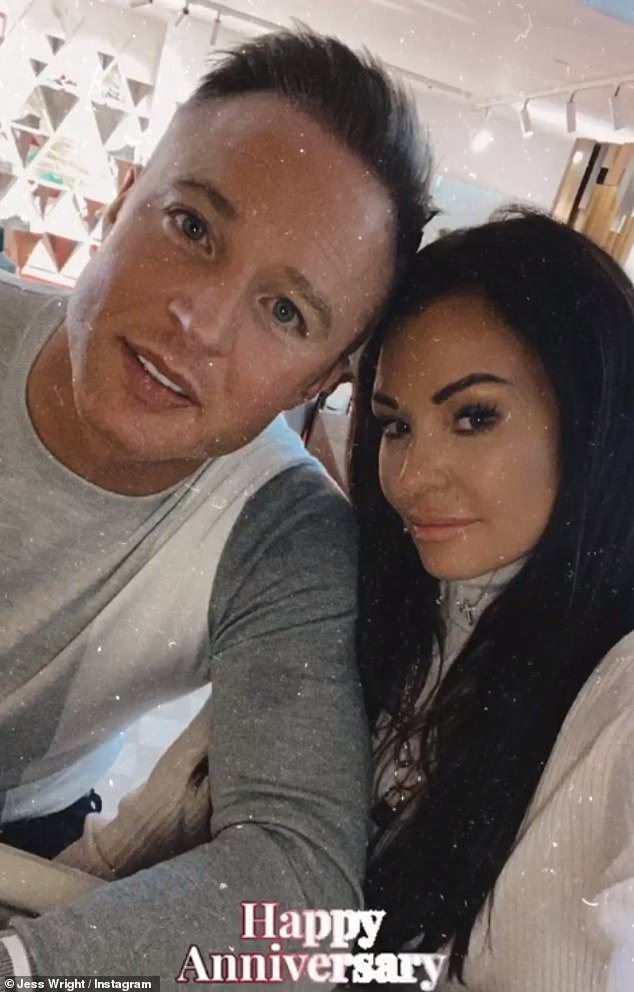 In love: Jess Wright appeared to celebrate her one-year anniversary with her boyfriend William Lee-Kemp on Saturday as she took to Instagram to share a loved-up post

Last month, Jess took to Instagram to reveal the couple were celebrating their first anniversary.

In one of the pictures, Jess rested her head against William as he beamed into the camera and in a colourful caption she wrote: 'Happy Anniversary'.

In a second image, William and Jess were seen kissing as they enjoyed a drink in a  bar.

Jess wrote in a caption on the image: 'You're my real first, hopefully my last. You're my absolute everything. Happy anniversary my love.'

In September, Jess was pictured passionately kissing her handsome man while on a birthday break in Mallorca. 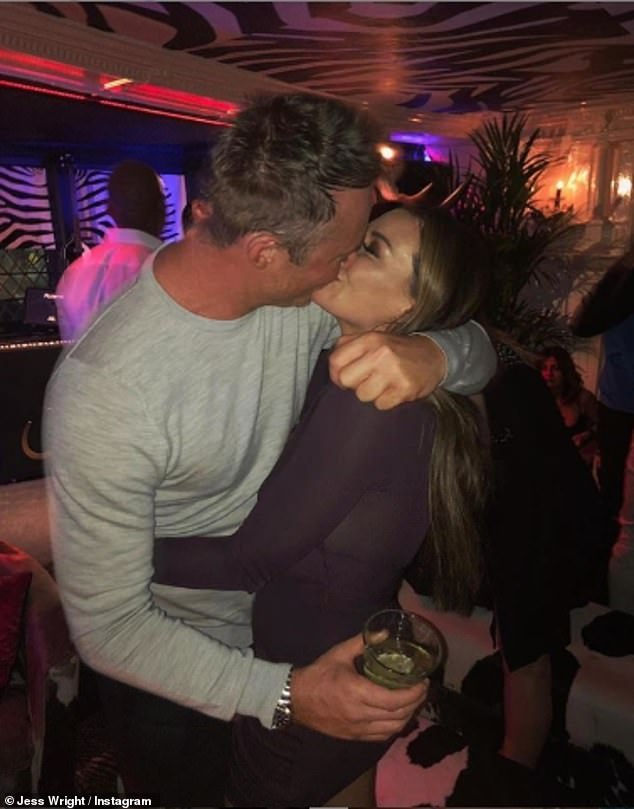 You're the best: The TOWIE star shared