Ben Hanlin was voted off Sunday's instalment of Dancing On Ice – after revealing he'd suffered an injury a gruesome injury during rehearsals.

The 33-year-old magician narrowly missed out on a place in the final of the ITV ice dancing competition, as he and his partner Carlotta Edwards were dumped from the competition. 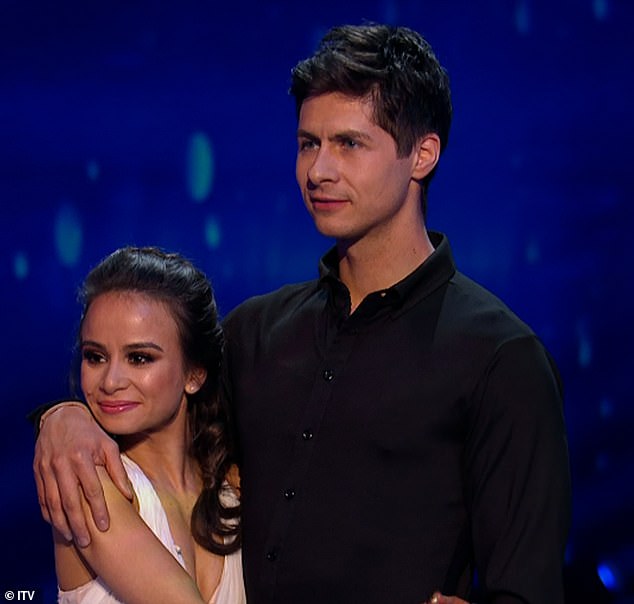 Skating away: Ben Hanlin and his skating partner Carlotta Edwards were voted off Sunday's instalment of Dancing On Ice

Ahead of the skate-off, Libby confessed she wasn’t disappointed to be performing her special routine – which marked her third week in the bottom two – because she had a 'surprise' planned, which turned out to be the risky headbanger move.

The move involves the male skater spinning the female skater by her feet, whilst raising and lowering her so her head moves dangerously close to the ice.

Ben was the lowest scorer of the evening before the public vote, earning 37.5 for his first routine – which saw him complete the judges challenge of a 45-second solo skate – and 37.0 for his second, personal skate, which was danced to Lightning Bolt by Jake Bugg in honour of his wife. 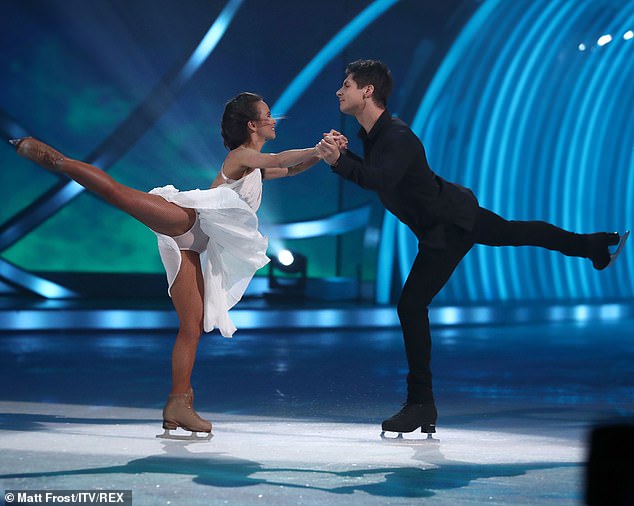 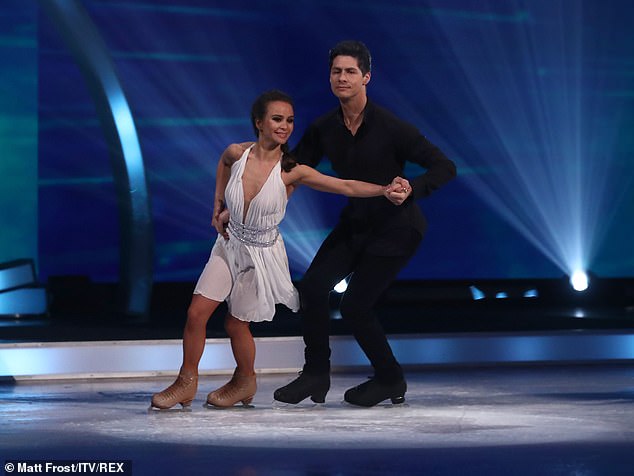 Libby, meanwhile, topped the leaderboard after the first routine, after judges were left amazed at her ability to skate solo despite suffering from Stargardt's Macular Dystrophy – a disease which gives her only slight peripheral vision in her left eye – and being registered blind.

The result of the skate-off means Libby and Mark will join Perri Kiely and Vanessa Bauer, and Joe Swash and Alex Murphy in the live final, which will take place next Sunday.

Ben was booted of the show after revealing his partner Carlotta accidentally sliced his arm with her skating boots during an intense rehearsal.

The dancers were in great spirits after after scoring 37 points on last week's edition, but experienced a setback with the incident.

Visibly concerned, the illusionist asked producers: 'Can I still skate?', before he was given the go-ahead. 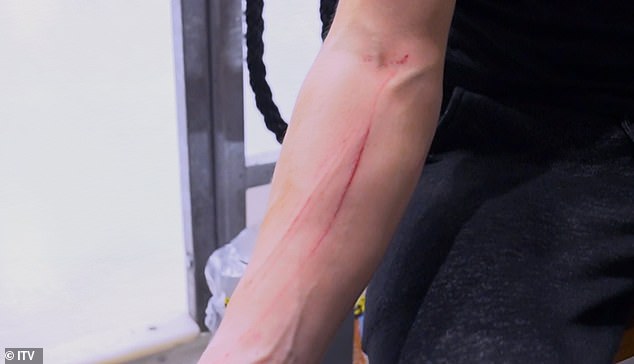 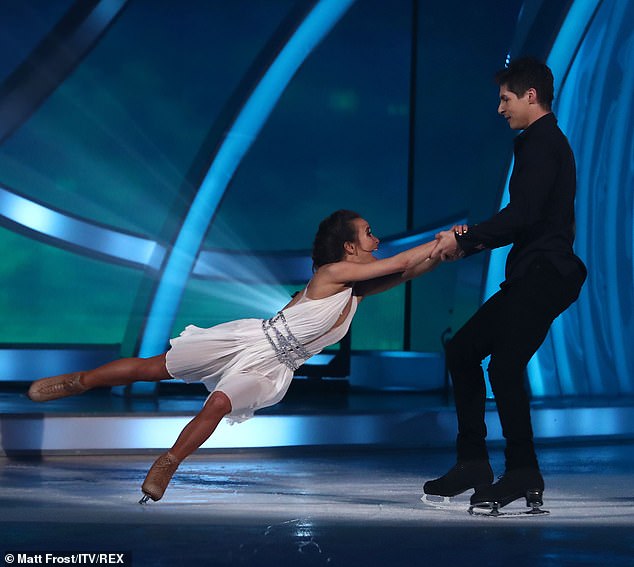 After performing a solo 45-second set before the Canadian dancer stepped in for a Jazz-inspired routine, judge Ashley awarded Ben with a 9, before John, Jayne, and Christopher, all scored him 9.5s.

'I've been stressed all week so I'm relieved', he cheered.

Ben's ousting from Dancing On Ice comes after he revealed that his seven-month-old daughter, Delilah, secretly battled sepsis last