Married At First Sight fans have begged an 'out of control' Michael Goonan to get help after a string of wild nights out, the most recent taking place on Saturday night.

The 28-year-old company director was seen partying hard with a young brunette.

On the night, he posted a video of his bender, sticking his finger up to the camera and spelling his TV wife Stacey Hampton's name wrong when he wrote in the caption: 'Sorry Stacie.' 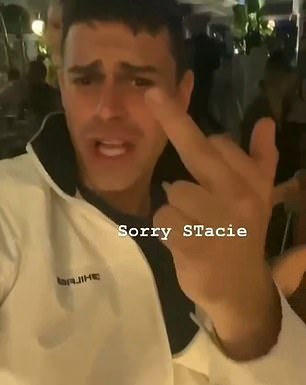 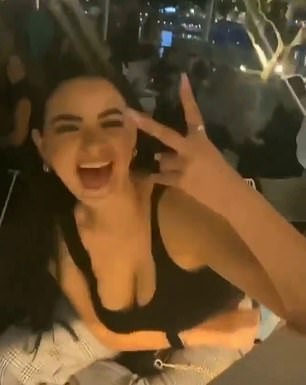 'Sorry Stacie': Married At First Sight fans have begged an 'out of control' Michael Goonan to get help after a string of wild nights out, the most recent occurring on Saturday night. The 28-year-old company director was seen partying with a young brunette

'Having a couple quiet ones at the bar. Who do I bump into? This gorgeous girl. Giddy up!' Michael said in the clip.

'Oi! Every Bond film needs a villain. Ladies and gentlemen, here he is! Suck your heart out.'

After the clip was posted to the MAFS Funny fan account, viewers voiced their concern for Michael's wild behaviour.

One said he was 'out of control' while another said he the fact he was 'behaving this way is very disturbing indeed, he needs serious help'. 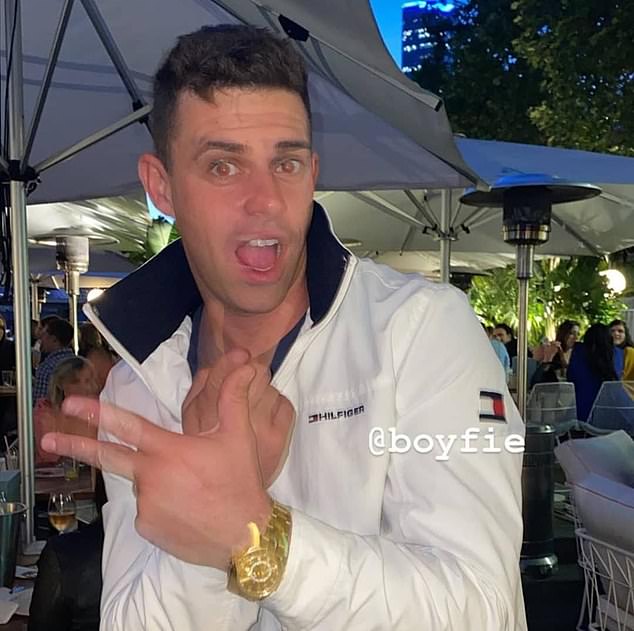 Is everything OK? In a clip posted to Instagram on Saturday night, Michael referred to himself as a James Bond villain but viewers found it 'very disturbing'. In a leaked voice message, Michael can be heard raging at a viewer who was trolling him

Another clip posted to MAFS Funny revealed a leaked voice message in which Michael is heard raging at a viewer who was trolling him. 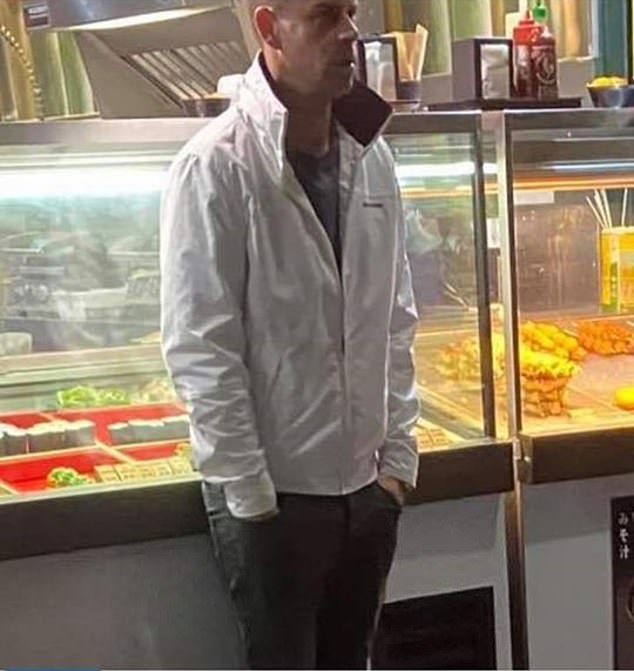 Going solo: While Michael appears to be having some wild nights, his Saturday night appeared to have a lonely ending as he was pictured staring blankly outside of a Japanese takeaway shop

While Michael appears to be having some

PREV Lorraine Kelly reveals her daughter Rosie has self-isolated in Singapore amid ...
NEXT TALK OF THE TOWN: Humble Princess Anne shows 'call me Harry' what being ...