He may have failed to win over the judges on Dancing With The Stars this week.

But Beau Ryan, 34, certainly left a good impression on host Amanda Keller, 58, on Sunday night, after she was caught staring at his crotch during an on-stage interview.

A screen capture of the cringeworthy moment was swiftly posted to the Jonesy And Amanda radio show's Instagram page, along with the hilarious caption: 'The real reason @amandarosekeller signed up to host #DWTSau'. 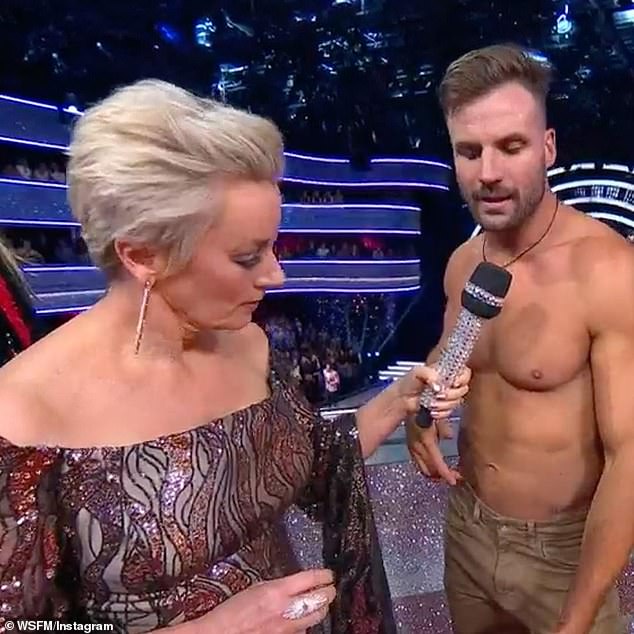 Busted! Amanda Keller, 58, was caught staring at 34-year-old Beau Ryan's CROTCH during an awkward interview on Dancing With The Stars on Sunday night

Amanda is pictured holding her bejewelled microphone up to a shirtless Beau while staring directly at his s nether-regions.

Fans immediately poked fun at the affable TV presenter, with one commenting: 'A little less obvious is better I think'.

PREV David Beckham enjoys a lockdown dinner of bangers and mash with COLESLAW
NEXT Hugh Jackman dons a face mask while riding his bike in New York City amid ...

'They're going a bit mad': New issues for families without sport mogaznewsen