The two men went toe-to-toe when Karl, 45, questioned Michael about his wild nights out which have upset his law graduate wife on the show.

The cocky company director, 28, angered Karl when he labelled Stacey a 'controlling girl' and said his partying was a way for him to 'rebel' against her. 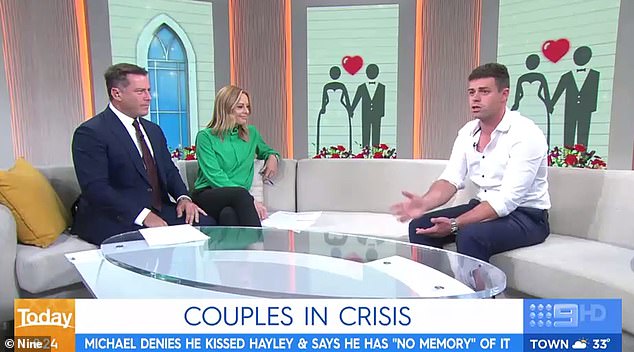 Tense: MAFS star Michael Goonan, 28, has entered into a fiery exchange with Today Show host Karl Stefanovic over his treatment of 'wife' Stacey Hampton on the breakfast show on Monday

But Karl was having none of the excuses, and he took Michael to task over his questionable behaviour on the show.

'When you say controlling you mean a woman who just wants you to spend time with her,' Karl told the reality star bluntly. 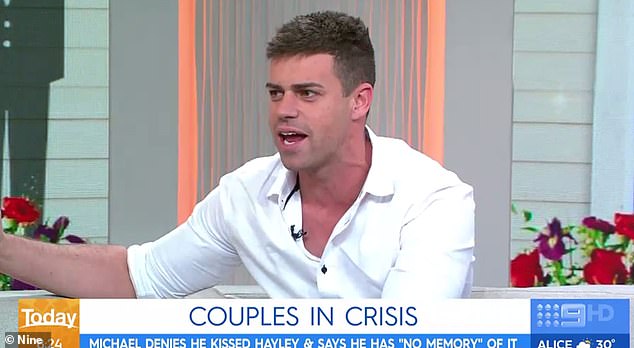 Like a jail cell: 'You are trapped to a point,' Michael said. 'You do want to go out. You want your freedom,' he added

Michael said the expectation was

PREV Judi Dench, 85, brings some light relief as she sends message and wears dog ...
NEXT TALK OF THE TOWN: Humble Princess Anne shows 'call me Harry' what being ...

Aaron Rodgers recounts his last-minute flight out of a Peru airport before a ...