Married At First Sight's Michael Goonan has given an excruciatingly response when he was put on the spot and quizzed on his feeling towards ex-'wife' Stacey Hampton during an awkward interview on Monday.

Appearing on Today Extra, the Adelaide businessman, 28, discussed his 'juvenile' behavior on the show, admitting he regretted ruining his relationship with the single mother.

'You said you are in love with her', Today Extra host Belinda Russell interjected.

He then pulled several pained expressions while mouthing unintelligibly to someone off-camera. 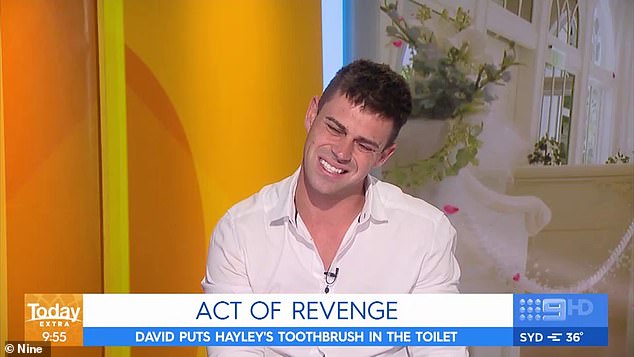 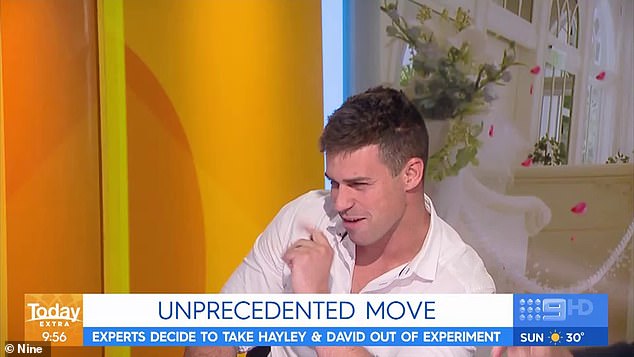 What's going on here? Michael made