'I just broke down in tears': Ben Fordham recalls the heartbreaking moment he overheard his children discussing their grandfather's death

Ben Fordham, 43, has recalled the heartbreaking moment he overheard his three young children discussing the death of his father John.

Speaking to 9Honey Celebrity on Monday, Ben explained that he and his wife Jodie Speers were recently listening to their children's baby monitor at night, when they heard a strange conversation take place.

'All of a sudden I heard this comment come through the baby monitor and it was something about my dad and I sat up straight away and so did Jodie,' 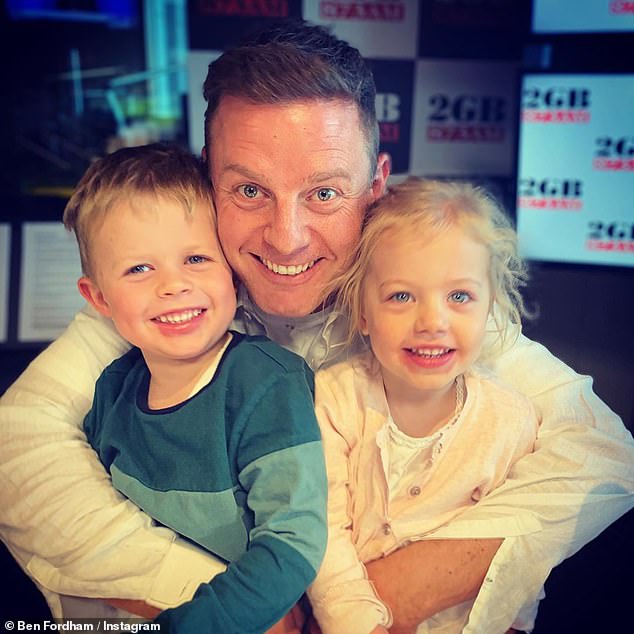 'I just broke down in tears': Ben Fordham, 43, has recalled the heartbreaking moment he overheard his children discussing their grandfather John's recent death. Pictured: Ben with his children Freddy, five, and Pearl, three

Shocked, Ben and Jodie listened closely to the sound of their daughter Pearl, three, asking her brother Freddy, five, why and how her grandfather had died.

'The conversation went on to talk about spirits and how spirits work and how they feel about it and Freddie was trying to comfort Pearl about her feelings,' the 2GB radio host revealed.

'I just ended up breaking down in tears myself and so did Jodie,'

Thousands of people flout social distancing rules as they enjoy a weekend swim ...