Jaime Foxx serves as host of the interactive TV game show Beat Shazam, where contestants have to identify the biggest hit songs of all time, alongside daughter Corinne Foxx, who serves as the DJ.

But over the weekend, the Oscar-winning actor got a taste of her singing skills while the two were sitting side-by-side on a couch.

And both of them shared the video evidence of the actress belting out Alicia Key's part in the hit Jay-Z tune, Empire State Of Mind, on Instagram. 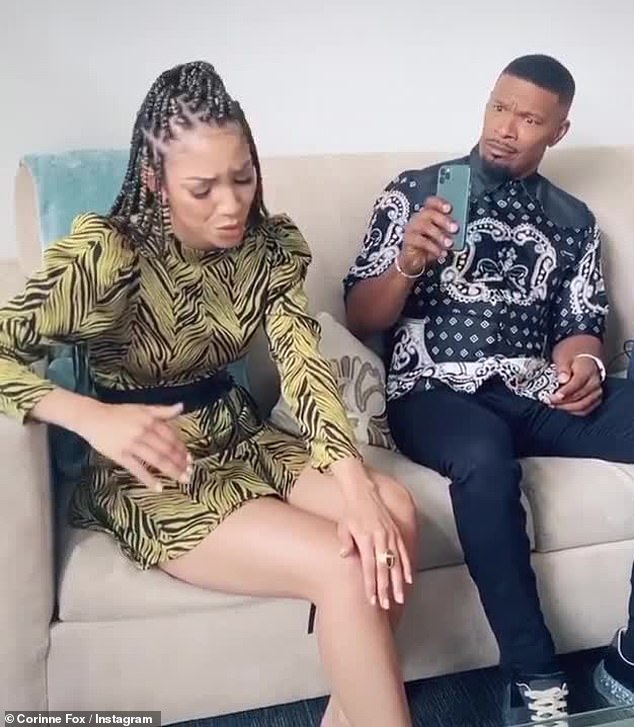 In the quick video, the 26-year-old started belting out the opening lines to the chorus while her dad sat quietly next to her playing with his phone.

His attention was quickly diverted from his phone to his daughter, accompanied with a stunned looked on his face.

At one point, he looked right into the camera and flashed a look of surprise. 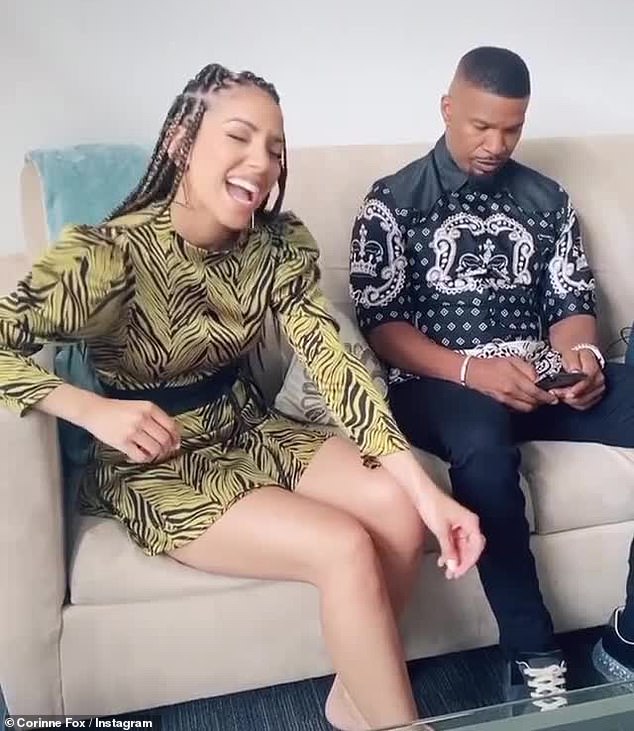 Vocal skills: The Oscar-winning actor was engaged with his phone when his daughter

PREV SEBASTIAN SHAKESPEARE: Lucian Freud and the naked truth over a pair of nudes
NEXT TALK OF THE TOWN: Humble Princess Anne shows 'call me Harry' what being ...