Ben Affleck was among the stars in attendance Sunday for the Los Angeles Clippers' 136-130 win over the Philadelphia 76ers at the Staples Center.

The actor, 47, donned a black leather jacket over a white shirt with black pants and white sneakers to the sporting event.

He took to the floor and plugged his upcoming basketball drama The Way Back, prior to its nationwide opening Friday, bringing with him four of his co-stars in the film - Brandon Wilson, Will Ropp, Melvin Gregg and Charles Lott Jr. 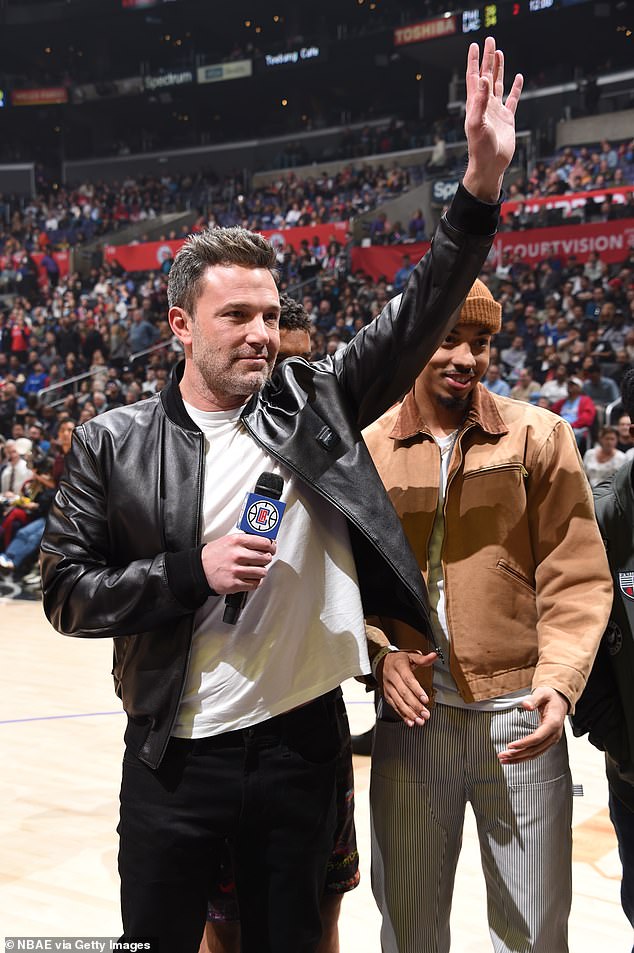 On the promotional trail: Ben Affleck, 47, on Sunday took to the floor and plugged his upcoming movie The Way Back at the Los Angeles Clippers game at the Staples Center

Affleck was a number of famous faces in the stands at the NBA game.

Also present were basketball icons Julius Erving and Jerry West, who is an exec for the Clippers.

In the movie, Affleck plays high school basketball coach Jack Cunningham, who's fighting alcoholism, adding a art-imitates life aspect, as Affleck has been in treatment multiple times in an effort to remain sober. 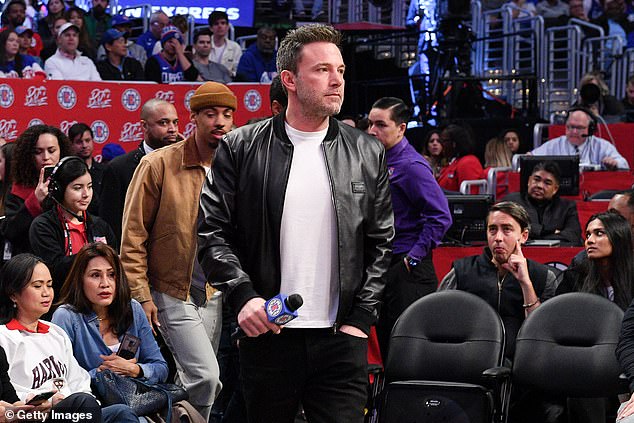 Center of attention: The actor donned a black leather jacket over a white shirt with black pants and white sneakers to the sporting event 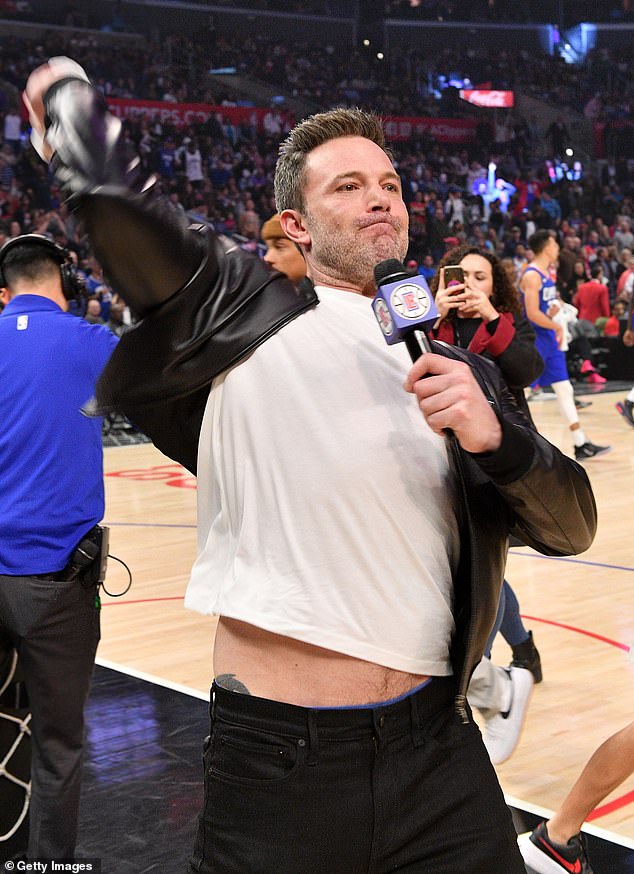 He's got a cannon: The actor tossed T-shirts to the fan from the floor of the arena 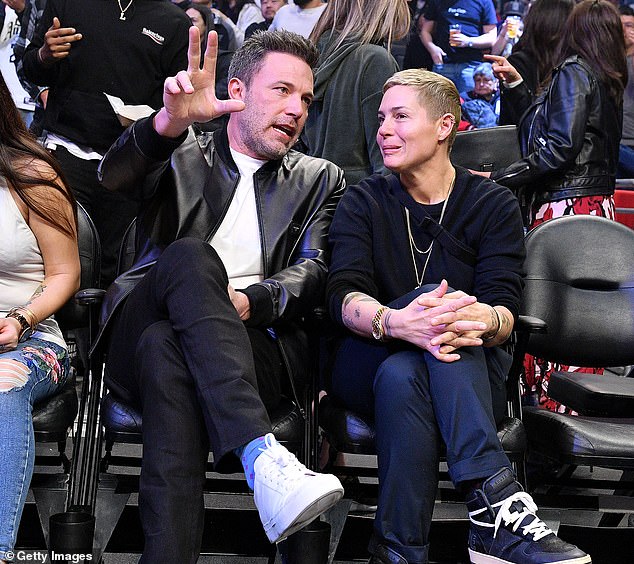 Chatting: The actor spoke with a friend from his courtside

Brisbane family gets rude email from landlord when asking for reduced rent due ...