'What's mine is yours baby!' Brooklyn Beckham can't keep his hands off girlfriend Nicola Peltz as he makes his latest declaration of love after cheering on Inter Miami

But as the family took their place in the stands at a packed Lockhart Stadium ahead of the eagerly anticipated match, son Brooklyn and girlfriend Nicola Peltz only had eyes for each other.

The pair were side by side as Inter narrowly missed out on a point against rivals Los Angeles FC, with a single Carlos Vela goal proving to be the difference between the two teams. 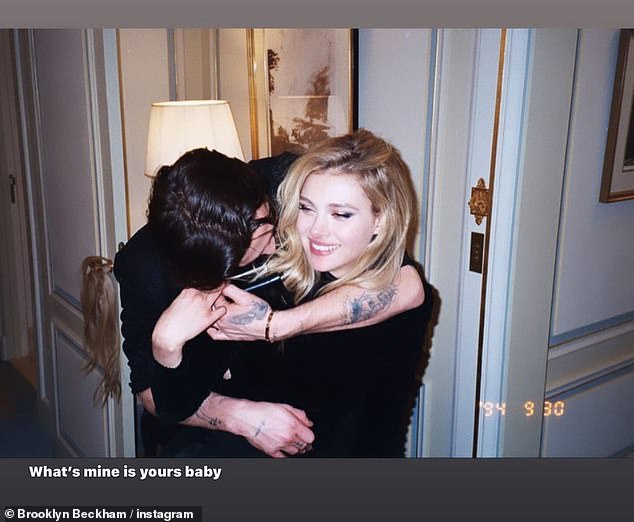 Smitten: Brooklyn Beckham and girlfriend Nicola Peltz couldn't keep their hands off each other after watching Inter Miami play their inaugural home game in Fort Lauderdale on Sunday

Taking to Instagram later that day, Brooklyn, 20, shared a snap of himself and 25-year old Nicola locked in an embrace, with the caption: 'What's Mine Is Yours Baby.'

The young photographer's choice of words - the latest in a series of romantic gestures aimed at the American actress - suggest he has fallen hard for his current girlfriend. 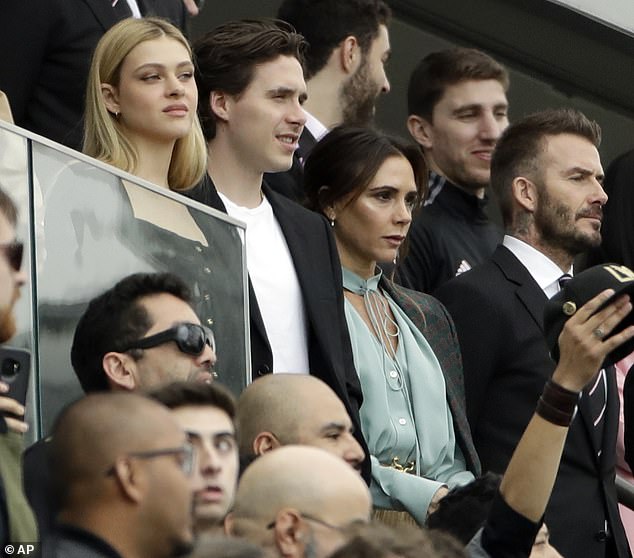 In attendance: Brooklyn and Nicola were side by side as Inter narrowly missed out on a point against rivals Los Angeles FC, with a single Carlos Vela goal proving to be the difference between the two teams

PREV David Warner shares sweet photograph of his 'girls' as he returns to South ...
NEXT TALK OF THE TOWN: Humble Princess Anne shows 'call me Harry' what being ...