'They're not together': Married At First Sight newlyweds Elizabeth Sobinoff and Seb Guilhaus are caught out during a live radio interview about their relationship

But it appears the newlyweds have already spoiled the fate of their relationship beyond the social experiment.

During an interview on Nova's Fitzy And Wippa on Monday, the pair appeared to be busted lying about being together as they were stumped by a series of surprisingly simple questions. 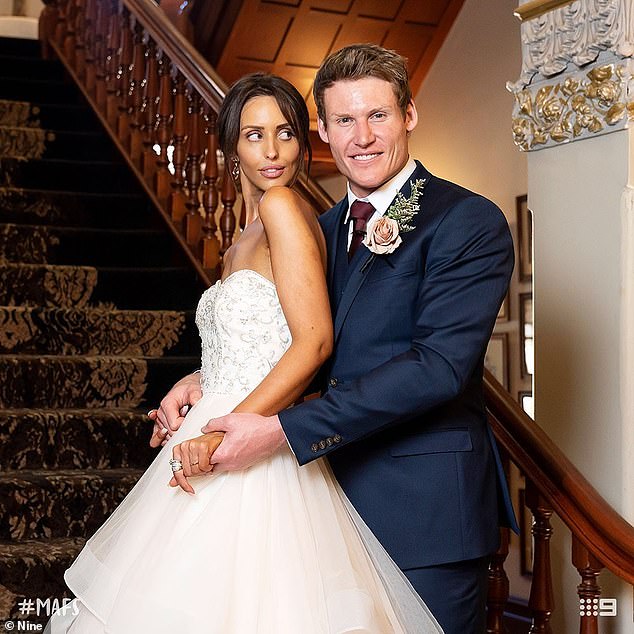 Married At First Sight SPOILER: The surprising questions that caught newlyweds Lizzie Sobinoff (left) and Seb Guilhaus (right) out in a lie about their relationship status during a live Nova radio chat on Monday

When it came to answering the prodding queries by hosts Ryan 'Fitzy' Fitzgerald, Michael 'Wippa' Wipfli, their silence spoke louder than words.

Without warning during the chat, Fitzy turned to Lizzie and said: 'Let’s see if they’re still together - what footy team does Seb play for?'

There was dead air from Lizzie, 28, as Fitzy sounded chuffed: 'They’re not together! This was filmed a long time ago, if they were still together she would know.'

Jumping in to defend her lack of knowledge about her TV husband, the

Laura Whitmore compares her recent holiday with Iain Stirling to sunbathing in ...