She gained instantaneous notoriety when she appeared in the video for Robin Thicke's 2013 song Blurred Lines, featuring Pharrell and T.I., which shot to number one in several countries at the time.

Some seven years on and Emily Ratajkowski harked back to video vixen ways, ever so briefly, when she took to Tik Toc and Instagram and posted a clip of herself shaking her hips and lip-syncing along to YNW Melly's Dangerously In Love.

In the clip, the model, entrepreneur and actress puts her amazingly toned, but still curvy, figure on display in a black crop top and matching sweatpants. 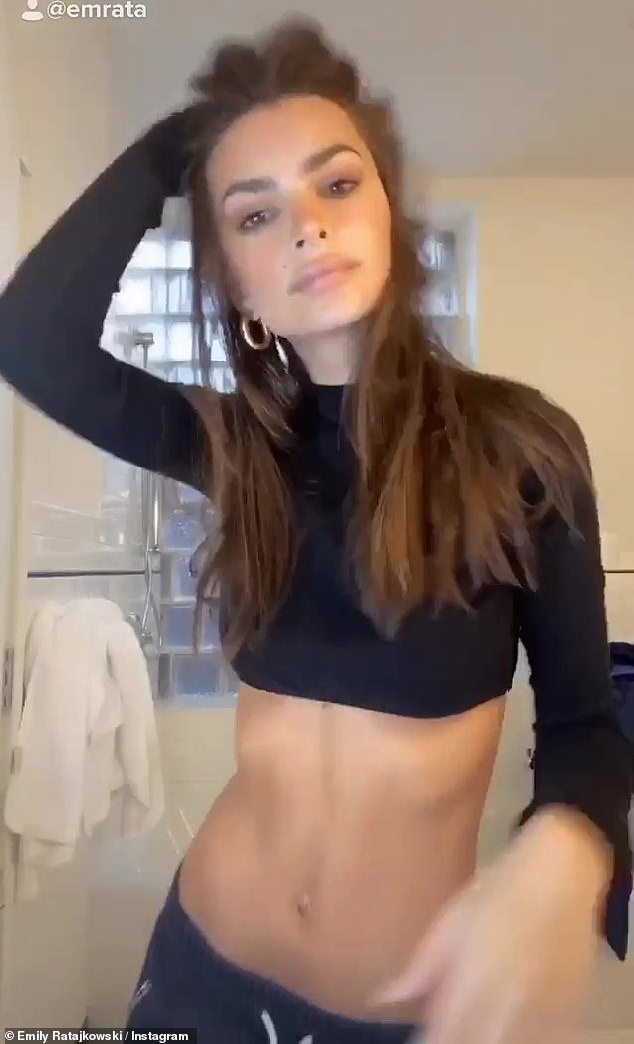 Straight off the top, Ratjkowski, 28, looked straight into the camera and brushed both of her hands through her long, brown tresses and began to mouth-along to the tune.

All the while Emrata moved her fab figure ever so smoothly along to the laid back beat. 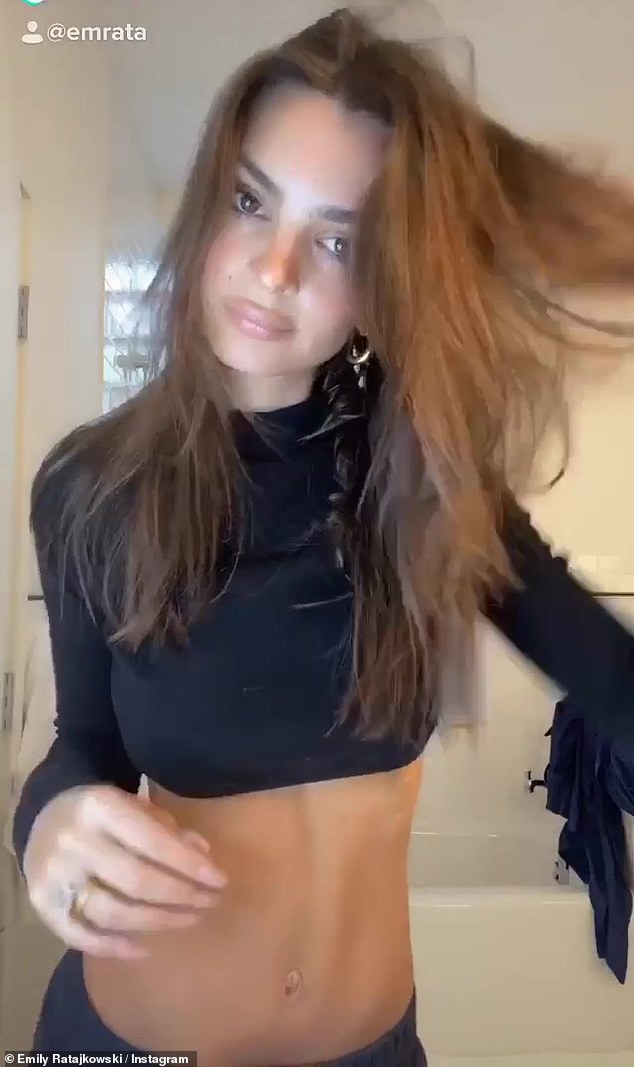 Revealing: The model and entrepreneur, 28, wore a midriff-baring crop-top in her