Rebecca Judd is one of Australia's most glamorous women.

And it seems the AFL WAG, 37, would like to keep it that way, after revealing the extent of her obsession with makeup on Monday.

Appearing on the 3PM Pick Up radio show, Bec confessed that she waited six months into her relationship with husband Chris before showing him her bare face.

'When he'd get up in the morning, I would just quickly chuck a little bit of concealer on and some brows', Rebecca revealed.

'Not a lot, so it wouldn't be so noticeable to him, but just enough that I felt comfortable in front of him,' she insisted.

Rebecca's love of makeup even affected her days as a university student, as she couldn't bare to study without enhancing up her complexion. 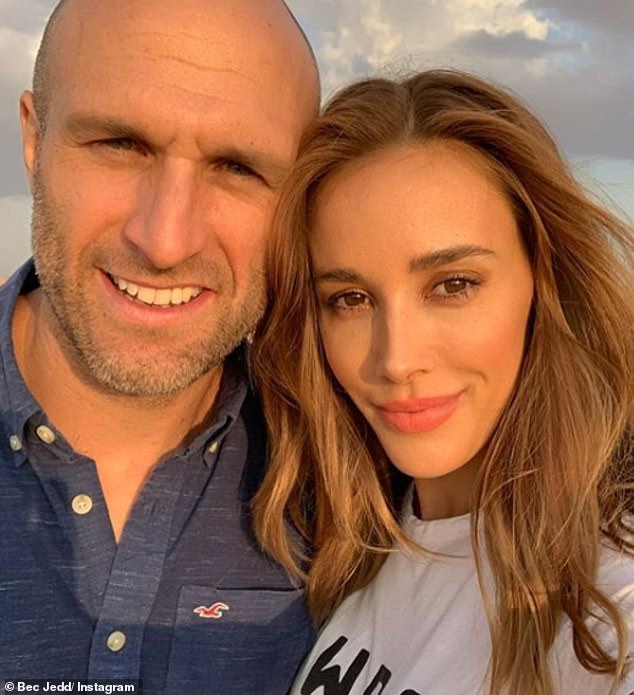 'Just enough that I felt comfortable in front of him': Rebecca Judd, 27, has

sport news Coronavirus: Golf set for late surge of action as chiefs attempt to salvage the ...