Their burgeoning romance has been heavily documented on social media, with the star calling his girlfriend 'the love of my life.'

And Brooklyn Beckham and Nicola Peltz went for a grocery run to Erewhon in West Hollywood on Monday where they were joined by his mother Victoria.

The group arrived in style, taking Brooklyn's BMW M2 coupe, with Victoria, 45, sitting in the passenger seat and Nicola, 25, in the back. 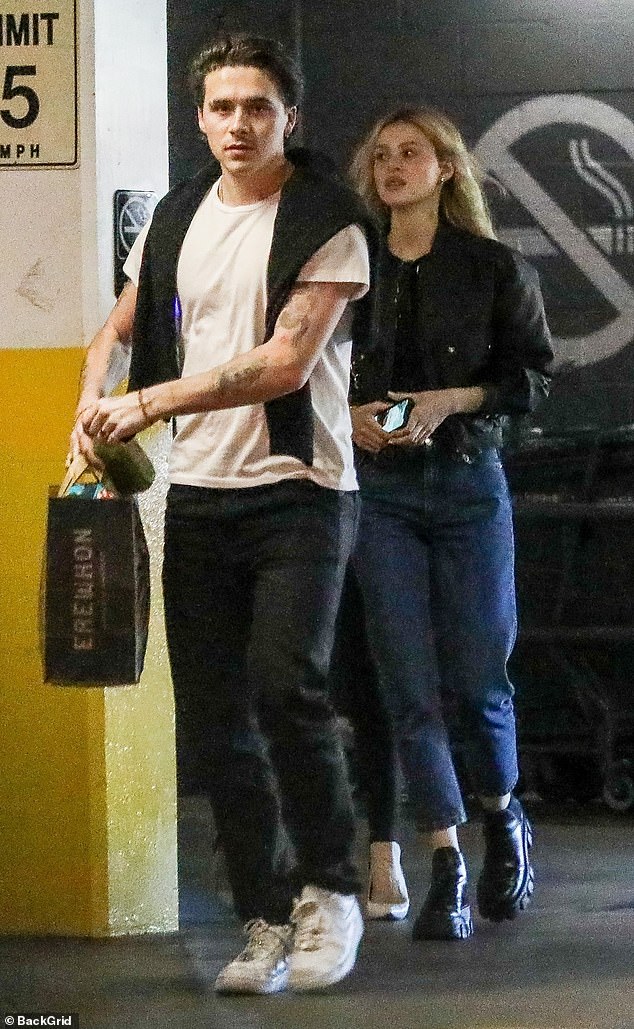 Out and about: Brooklyn Beckham, who turns 21 this week, and his girlfriend Nicola Peltz, 25, went for a grocery run in West Hollywood where they were joined by his mother Victoria

Brooklyn, who turns 21 this week, cut a casual figure in a white T-shirt with dark jeans and white trainers while he wore a black jumper over his shoulders.

Nicola opted for a black top which she wore over a matching leather jacket along with a pair of blue jeans.

Also sporting black boots, the actress completed her look by letting her blonde locks fall loose down her shoulders.

Victoria displayed her typically chic fashion sense as she donned a black low-cut top which she wore with a black jacket. 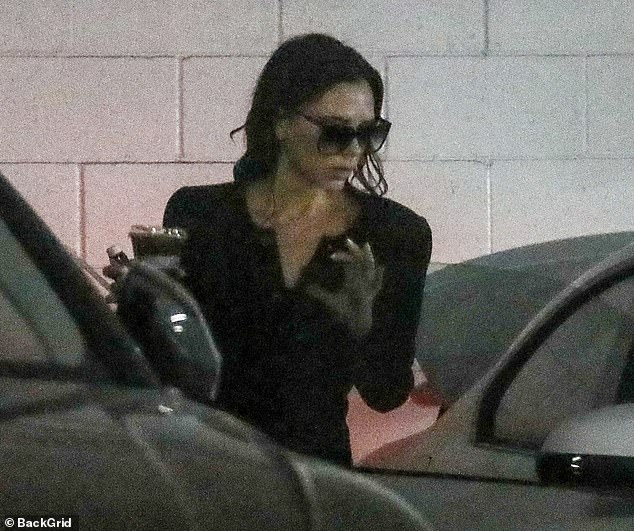 fashion: Victoria, 45, displayed her typically chic fashion sense as she donned a black low-cut top which she wore with a black jacket

Styling her brunette tresses into an updo, the fashion mogul wore a pair of sunglasses and carried a cup of coffee with her on the outing.