'This is more than just a little strange!' Fans insist Married At First Sight's Drew Brauer has feelings for his female flatmate after he sniffed a doll 'sprayed with her perfume' on his honeymoon

But the pair have already hit their first roadblock - Drew's attachment to his female flatmate, Jessie.

KC, 31, was taken aback when Drew, 31, revealed he was taking a plush Rick and Morty toy along on his honeymoon. 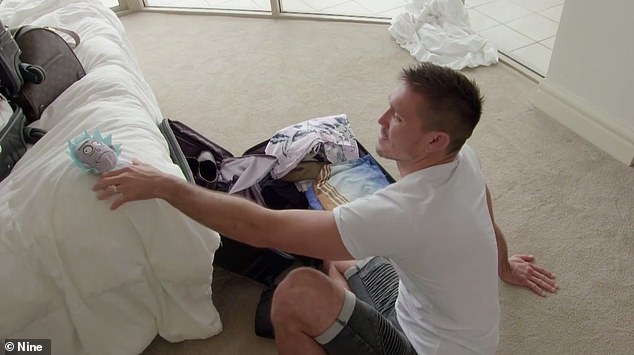 Oh dear! On Tuesday's episode of Married At First Sight, KC Osborne was annoyed when her 'groom' Drew Brauer (pictured) took a plush Rick and Morty toy on his honeymoon

The dancer was doubly troubled when Drew admitted it was a gift from his flatmate - and said she'd 'sprayed it with her perfume so I don't forget her'.

While Drew insisted he was joking, he did hold the Rick doll to his nose and inhale it before tossing it back in his suitcase.

KC complained:  'I don't know if that's cute or not. Why are you bringing a teddy on your honeymoon? There are some red flags for me.' 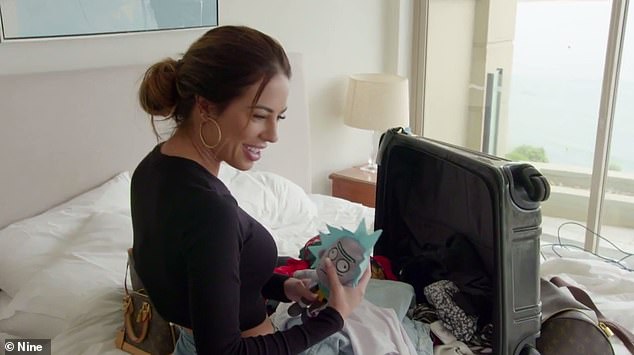 You what now? The dancer was doubly troubled when Drew admitted it was a gift from his female flatmate 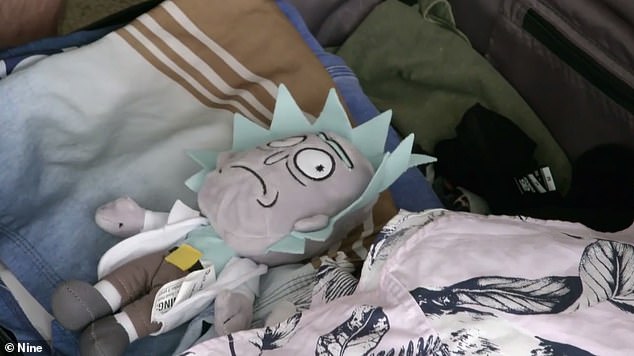