'There’s no reason not to be nice': Sofia Richie gets candid about getting along with boyfriend Scott's ex Kourtney Kardashian

And in a new interview to go with her Cosmopolitan magazine cover, Sofia Richie, 21, talks candidly about her romance and dealing with her boyfriend's ex.

The daughter of hitmaker Lionel Rochie reveals she has a simple mantra: 'Be nice.' 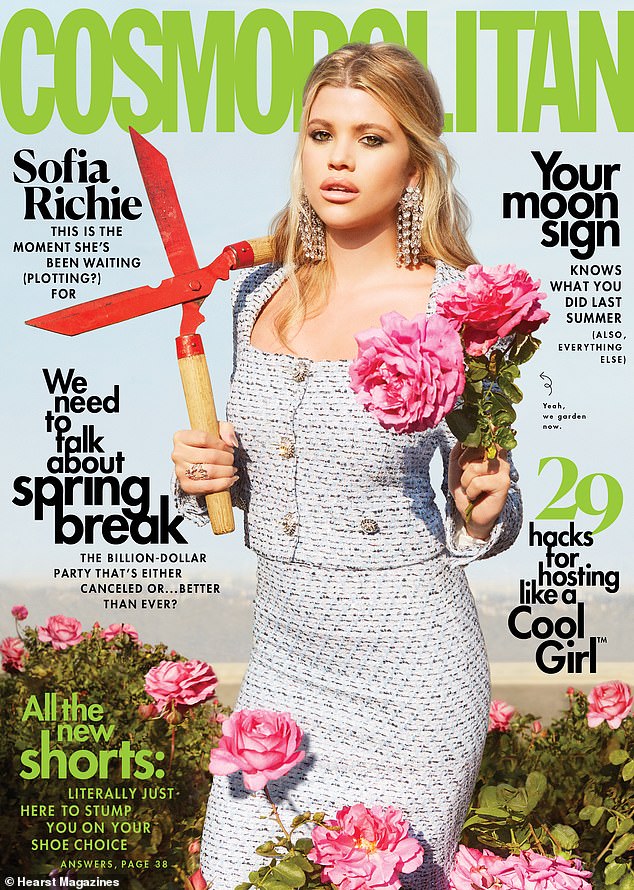 Cover girl: Sofia Richie did some gardening in a tweed Chanel skirt set for the April cover of Cosmopolitan

In the magazine's April issue, Sofia describes her two-year relationship with Scott, 36, as 'drama-free enough to bring a reality TV producer to frustrated tears.'

'I just don’t care what people think,' she added.

The aspiring model explained: 'I’m very happy.....Why would I let someone from the middle of nowhere ruin that for me?' 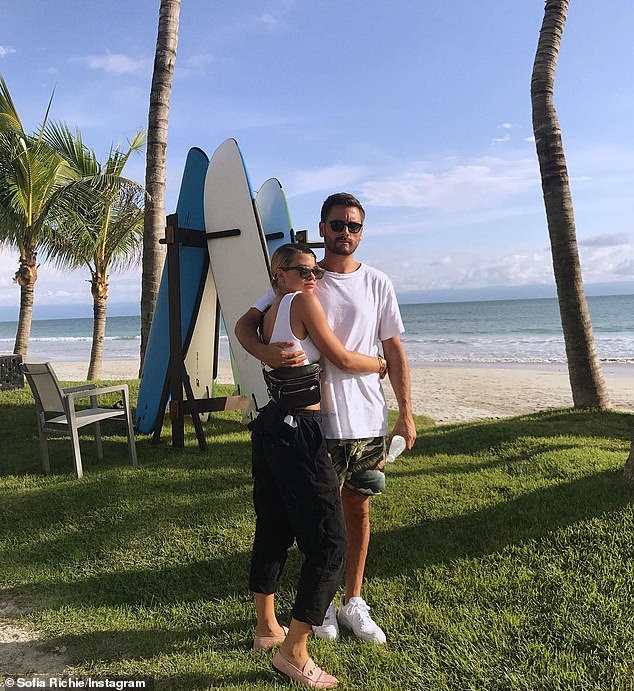 Happy together: When asked about her two-year relationship with Disick, she said she has 'this weird thing where I just don’t care what people think' 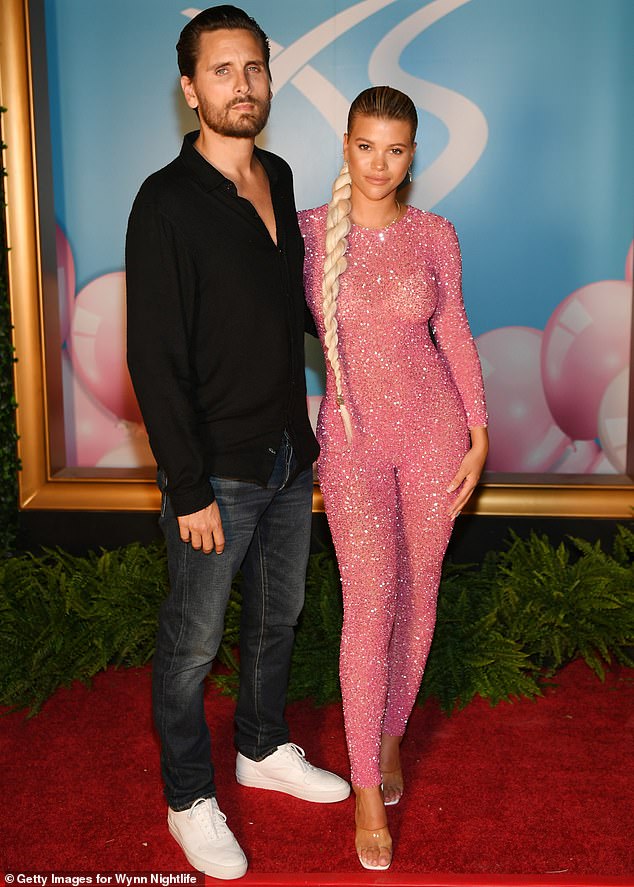 Don't care: She added that the negativity from followers 'doesn’t bother me because I’m very happy'

And when the topic of her friendship with his ex Kourtney Kardashian came up, she responded: 'I mean, just be nice. There’s no reason not to be nice.'

Sofia also discussed living in dad Lionel Richie's shadow: 'When things were first starting, I was discouraged because everything I did was "Lionel Richie’s daughter."'

She clarified that she's grateful before adding: 'But it’s hard branching out into my own person when I

PREV Inside Kylie Jenner's luxury Bahamas getaway as she relaxes in ...
NEXT Gigi Hadid takes to the Chanel runway for first time since she escorted ...

Lebanon, in coronavirus lockdown, to allow expats to come home