'You can see her heart break': Married At First Sight fans outraged as Steve Burley tells 'wife' Mishel Karen he isn't attracted to her Do you have a story about a MAFS participant? Email [email protected]

On Tuesday's episode of Married At First Sight, Steve Burley finally told his 'wife' Mishel Karen he felt no sexual attraction towards her, after rejecting her advances for weeks.

And after the 52-year-old barbershop owner left her broken-hearted, viewers were quick to defend Mishel, 48, as the incident unfolded on TV.

'You could actually see the moment when Mishel's heart broke...' one fan wrote. 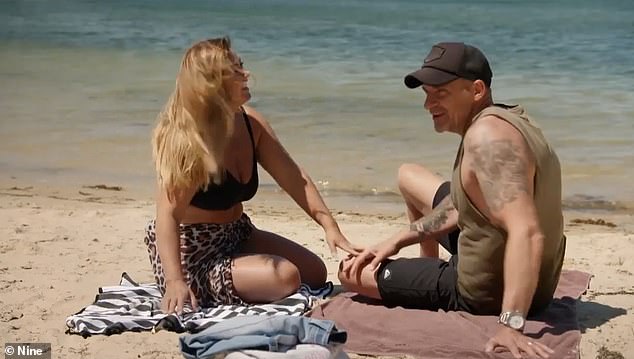 'You can see the moment when her heart breaks': On Tuesday, Married At First Sight fans reacted to the moment Steve Burley told his 'wife' Mishel Karen that he 'wasn't attracted to her'. Both pictured

'Not a massive fan of Mishel, however she didn't deserve to be told on national TV, after six weeks that her husband isn't attracted to her,' wrote one.

'Cos you'd tell a woman you're not attracted to her whilst she's sitting there in her bathers. Steve wins the worst timing award,' commented

PREV Lee Ryan confuses fans as he claims the devil controls the government
NEXT Hugh Jackman dons a face mask while riding his bike in New York City amid ...