Mr T, 67, cuts a casual figure as The A-Team legend enjoys a relaxed trip to the grocery store in Los Angeles

He is better known for his tough guy role as muscle-bound ex-army commando BA Baracus in The A-Team.

And Mr T cut a casual figure as he stepped out for a spot of grocery shopping in Beverly Hills, California on Monday.

The acting icon, 67, looked every inch the tough guy as he completed his errands clad in a dove grey tracksuit and some trainers. 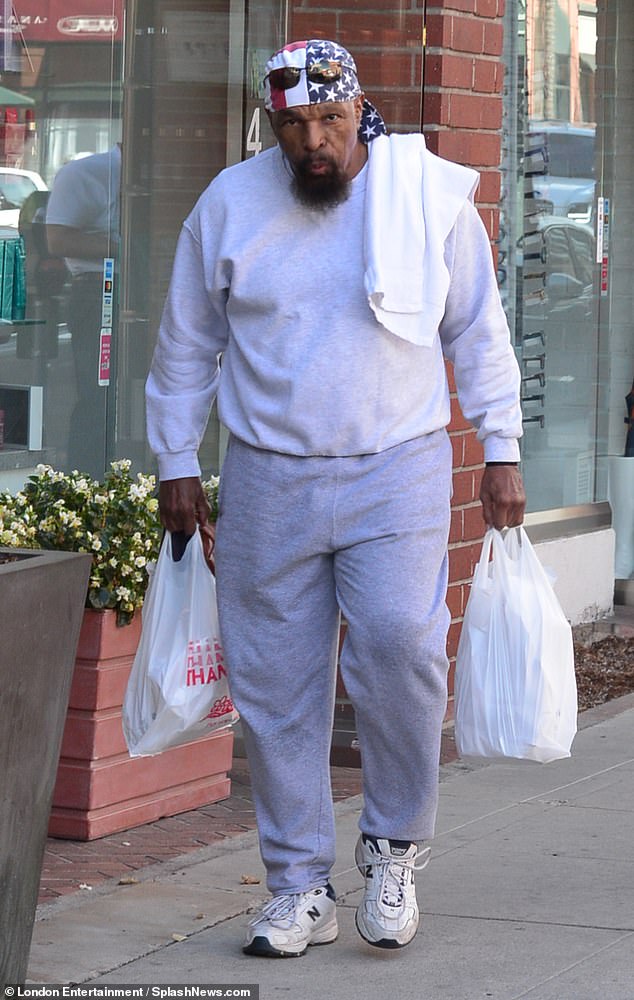 Here he is: Mr T cut a casual figure as he stepped out for a spot of grocery shopping in Beverly Hills, California on Monday

The Rocky III star, real name Lawrence Tureaud, covered up his famous mohawk with a stars and stripes emblazoned bandana with a pair of mirrored shades worn over the top.

The star appeared to be visiting the grocery store after hitting the gym, with a towel slung over his shoulder.

Mr T looked relaxed as he completed his errands before heading home. 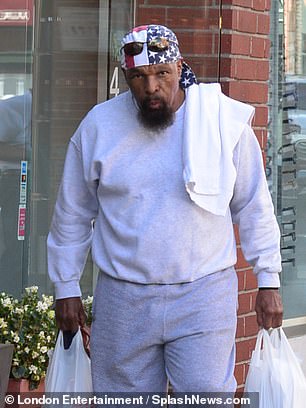