Billie Lourd grins from ear to ear out for a casual lunch date with beau Austen Rydell ... ahead of season 10 of American Horror Story

She's the daughter of iconic actress Carrie Fischer and the granddaughter of legend Debbie Reynolds.

Billie Lourd was spotted grabbing a casual bite to eat with her boyfriend Austen Rydell in Los Angeles on Monday.

The two were seen smiling from ear to ear and holding hands as they left Mauro's cafe after a low-key lunch date. 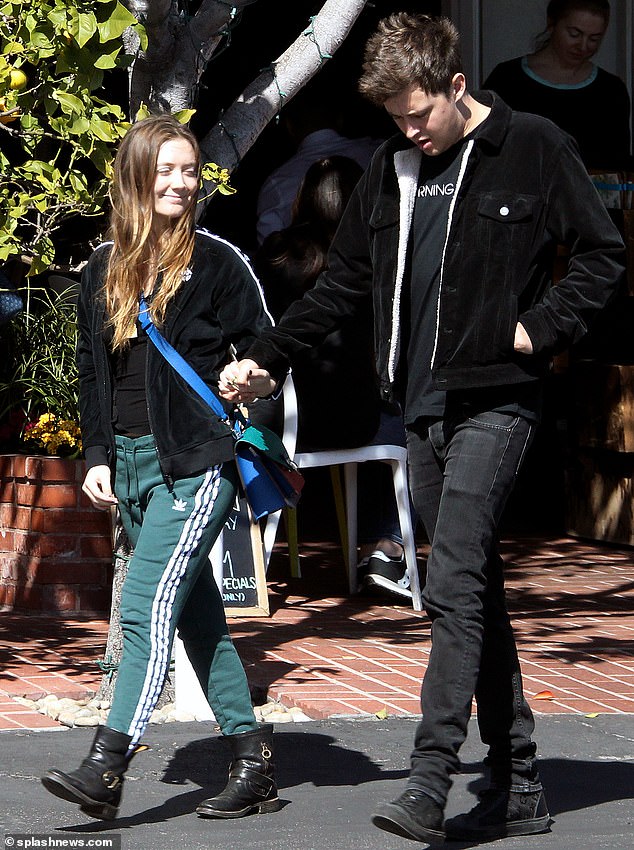 Day date: Billie Lourd was spotted grabbing a casual bite to eat with her boyfriend Austen Rydell in Los Angeles on Monday

The 27-year-old actress was makeup free and all smiles with her sandy brown hair hanging down past her shoulders.

Dressed down in sage green Adidas three stripe sweatpants with a black top And a black velour zip up, Billie and her beau strolled out of the eatery together.

The starlet slung a blue and green cross-body bag over one shoulder and wore a pair of motorcycle boots.

Her 27-year-old actor boyfriend was also casual in an all-black ensemble of jeans, a T-shirt and a jacket. 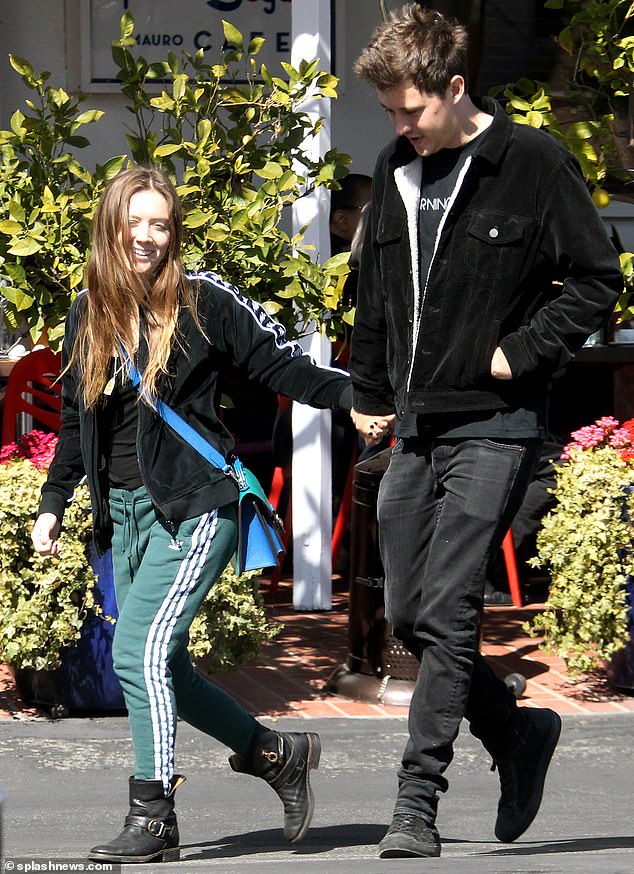 In love! The couple were smiling from ear to ear as they held hands after a lunch date at Mauro's cafe

Lourd, is set to return for the 10th season of Ryan Murphy's American Horror Story, which will debut sometime in the fall.

Last week it was announced in a teaser video that Home Alone star Macaulay Culkin would join the rotating cast of the anthology series this season.

'I enjoy acting. I enjoy being on set. I