Like any influencer, Kylie Jenner likes to look her best on social media.

But the make-up billionaire happily shared a perceived imperfection with her fans on Tuesday, addressing her 'weird ass' toe.

After fans noted how her middle toe appeared shorter than the two either side in a new bikini picture, Kylie explained how a previous injury meant she was unable to properly flex it.

Sharing how she once broke the toe on her right foot, she demonstrated how it now appeared shorter when flexed than the corresponding toe on her left foot. 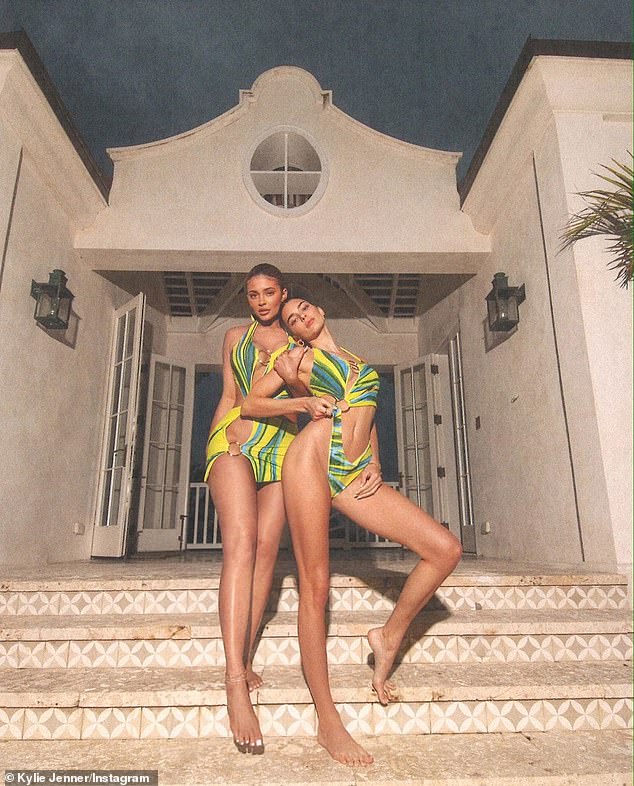 Kylie Jenner, left, took to Instagram on Tuesday to defend her 'weird ass' toe as she explains it healed badly after she broke it in middle school 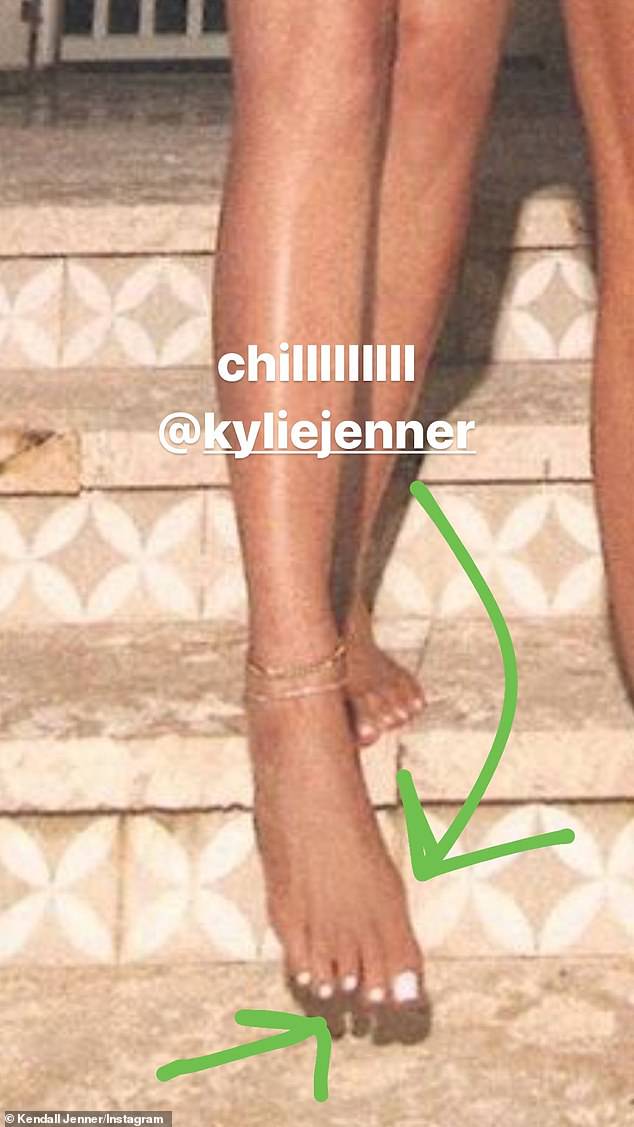 'Chilll!' Kendall Jenner was among those to point out Kylie's short toe

'So I broke this middle toe in middle school,' explained Kylie on Instagram Stories. 'There's nothing you can do for a broken toe, so I just had to let it heal how it wanted to heal.'

She then stood up to show the difference.

'So when I this [left foot] up they're all normal and like in place,' she shared. 'And when I flex this [right foot] up this little guy is like out of place.' 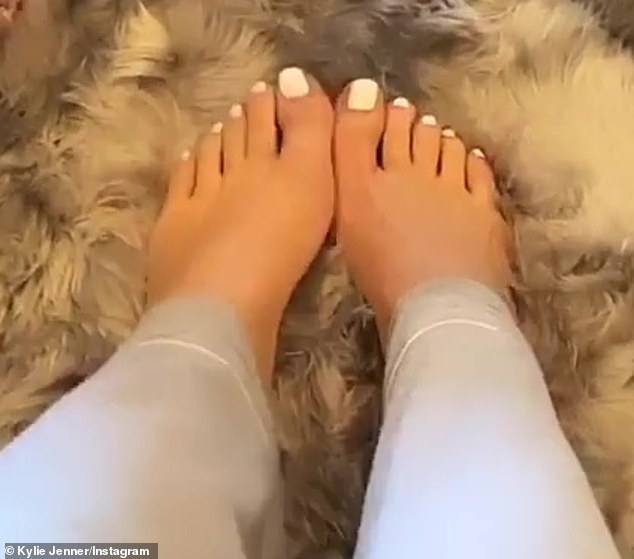 Teresa Giudice tells her father 'fly high to mommy' as she and her girls set ...