But it appears  Rosie Jacobs has found love again, as she was spotted packing on the PDA with her new boyfriend on Saturday.

The 40-year-old TV presenter certainly didn't hide her affection as the couple dined with friends at a barbecue in Sydney. 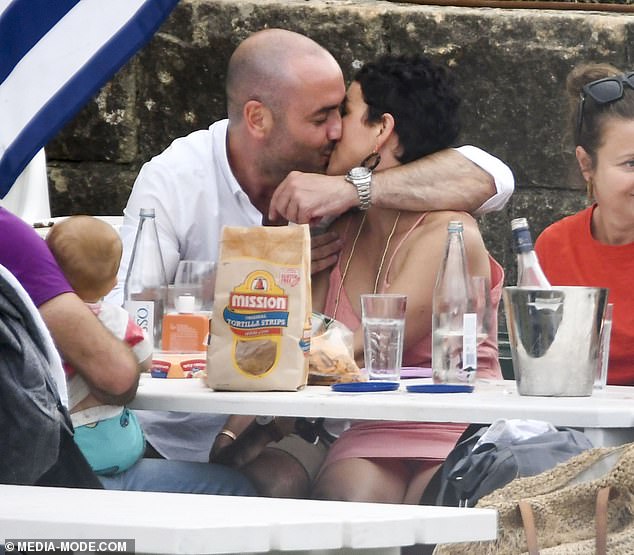 Steve Jacob's ex Rosie Jacobs, 40, packed on the PDA as she enjoyed a steamy smooch her new boyfriend as the pair enjoyed a day out with friends in Sydney last month

Rosie and her mystery man, whose name has not been revealed, enjoyed a steamy smooch while sitting at the table.

Later, Rosie put on a tactile display as she touched her new boyfriend's bottom in front of other guests.

The pair were clearly in high spirits, as the handsome man returned the favour by putting an arm around his girlfriend's shoulders. 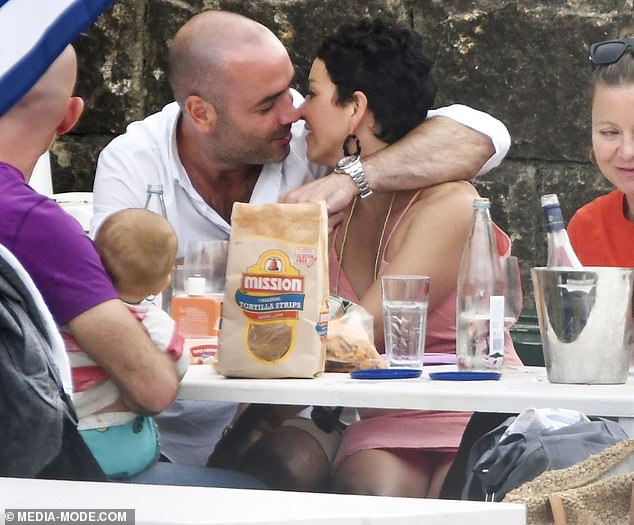 Intimate: Rosie certainly looked smitten with the handsome gentleman, who had a protective arm around her during the outing 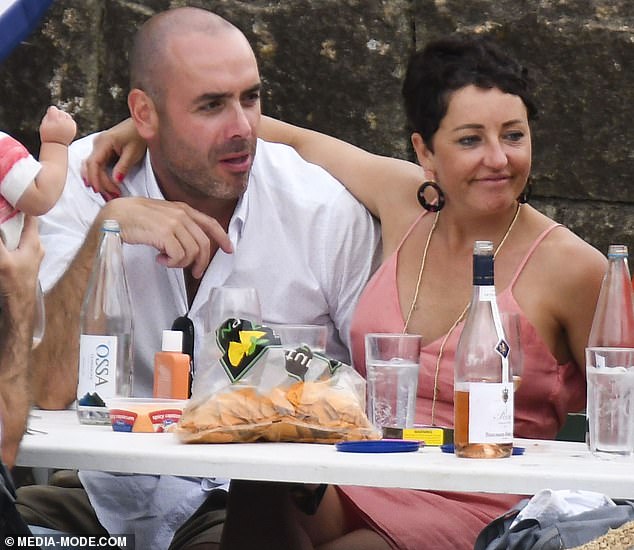 Loved-up: The couple certainly got handsy with each other during the social occasion, with Rosie putting her arm around her beau's neck 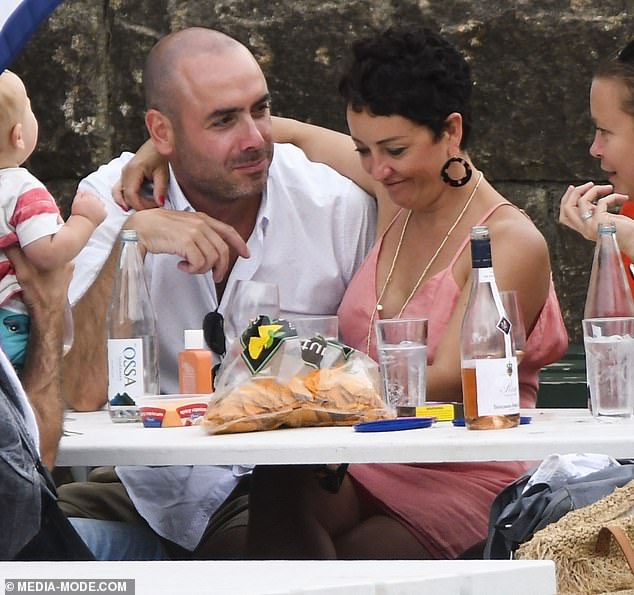 Romantic: Rosie looked calm and relaxed as she cuddled up to her beau 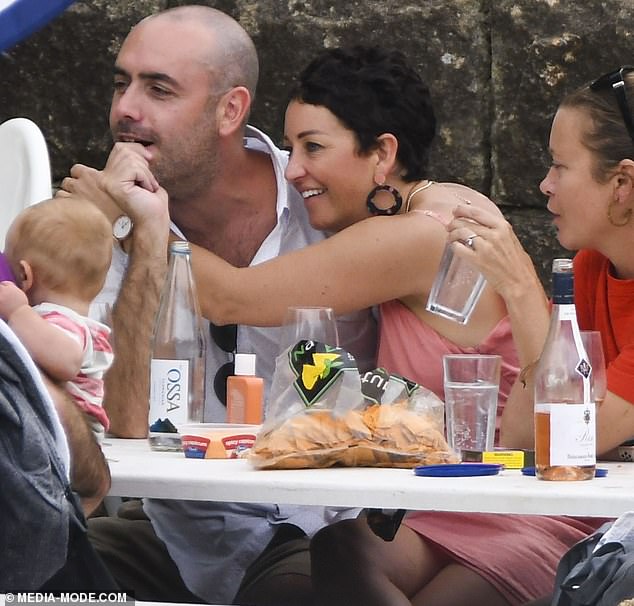 Lovingly: The couple certainly seemed intimate as they sat at the table together 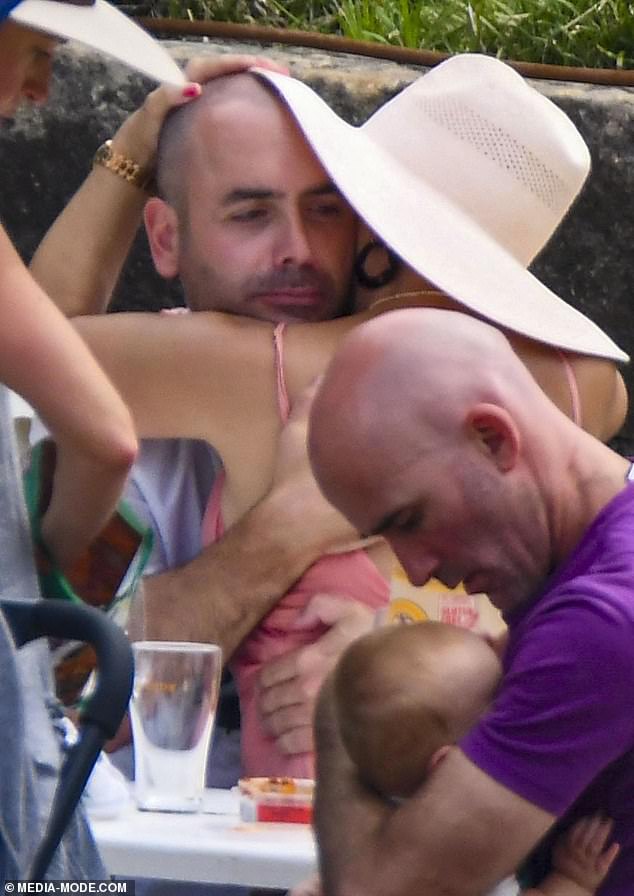 Embrace: Rosie hugged her handsome beau at one stage

She paired the simple-yet-chic frock with an floppy hat and tortoiseshell earrings.

Rosie kept her makeup to a minimum while showcasing her new cropped tresses. 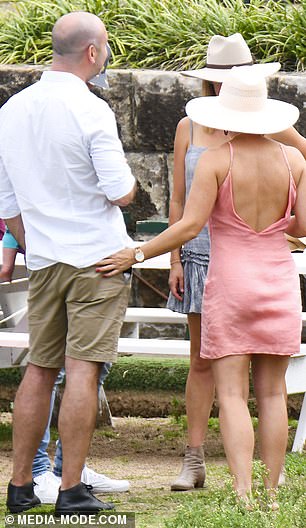 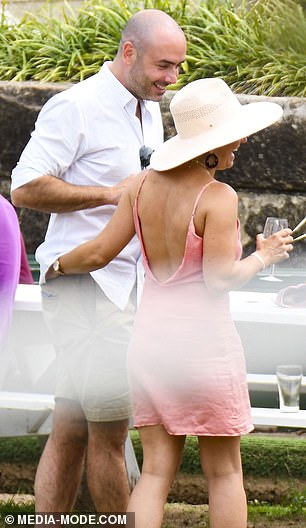 Oh my! Rosie later put on a frisky display, as she touched her boyfriend's behind 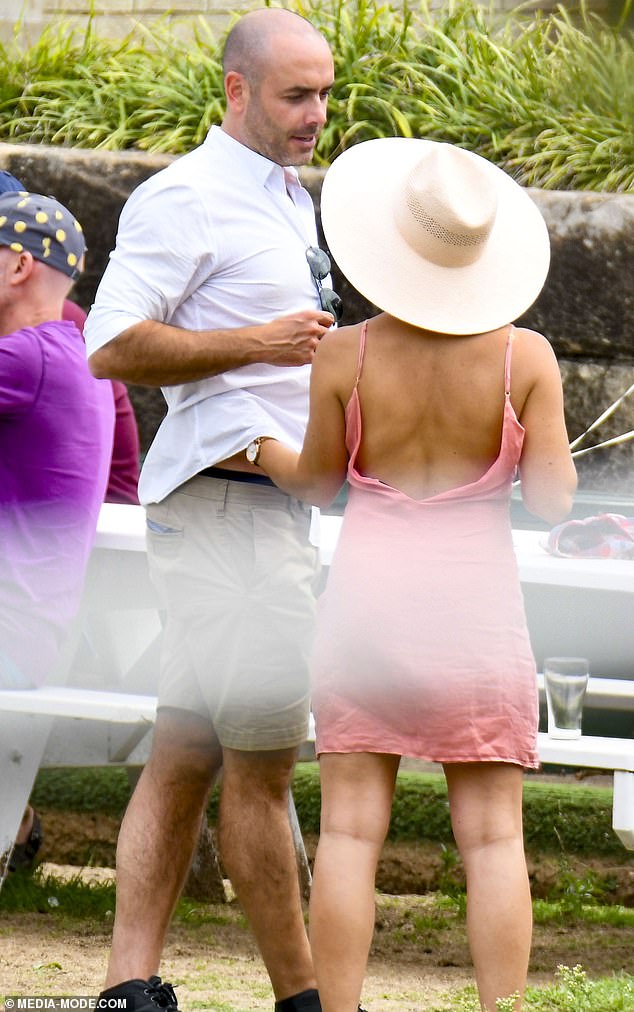 All the feels! Rosie also touched her beau's toned back 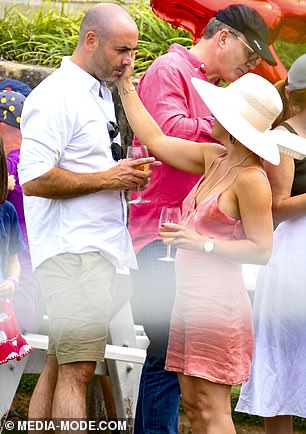 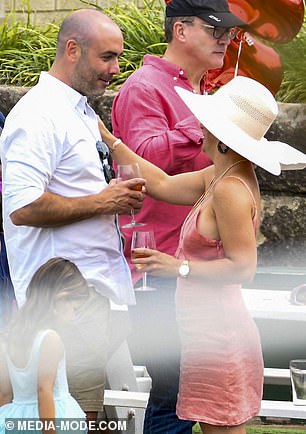 Affectionate: Rosie gently cupped her beau's face. At other times, she