Zoe Marshall has set the record straight on claims she fasted for two weeks.

On Wednesday, the 35-year-old radio presenter clarified that she only fasted for a two-week period once when she was following a TCM (Traditional Chinese Medicine) program while trying to get pregnant.

'I was under a doctor's supervision, and taking Chinese herbal tablets to support my system,' she wrote. 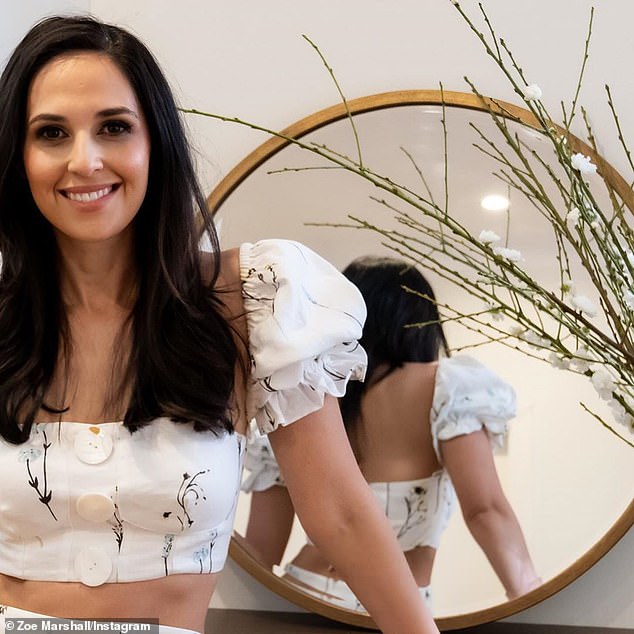 Clarification: Zoe Marshall has set the record straight on claims she fasted for two weeks

She added that the program wasn't just about fasting but also included  'acupuncture, cupping, massage and reflexology'.

It comes after Zoe, who is married to NRL player Benji Marshall, compared taking an ice bath to her experience of fasting in an Instagram post on Monday.

She shared a photo of herself sitting in a tub filled with ice, a method used by athletes to sooth sore muscles and inflammation.

'Whenever I feel uncomfortable about doing something that's when I know I'm getting called to do it,' she wrote in the caption. 'Whether that's fasting for two weeks (no