Brooke had suggested a relationship with Locky was 'still on the cards' just days before his big announcement, and was seemingly blindsided by the news.

'Obviously that's the past for a reason,' Locky told Hit105's Stav, Abby & Matt on Wednesday, brushing off questions about their split. 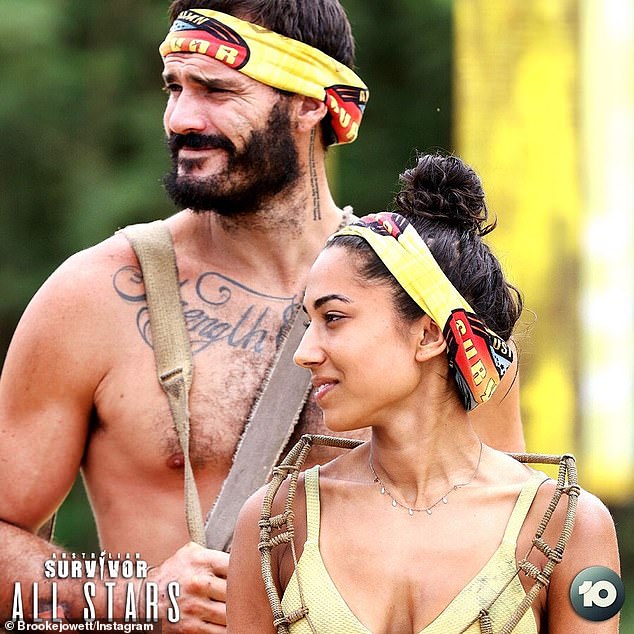 'What about Brooke?' New Bachelor Locky Gilbert (left) is facing a backlash over rumours he dumped his Survivor ex Brooke Jowett (right) to appear on the popular dating show

Locky and Brooke had spoken on Instagram before becoming close in Fiji while filming Australian Survivor: All Stars last year.

Brooke, a personal trainer from Melbourne, told TV Week on Monday that they had been trying to keep their romance going since production wrapped in September.

'He's in Perth and Bali, and I'm in Melbourne. His work means he'd want me to go to him, but I won't leave my family and my dog. I'm also really focused on my career,' she said.

'We haven't completely written it off, it's just very complicated with the distance.' 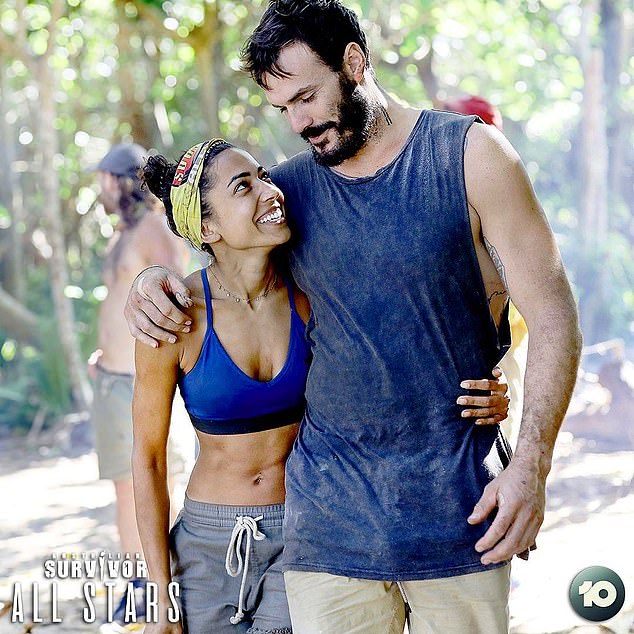 'We haven't completely written it off': In a chat with TV Week on Monday, Brooke claimed Survivor wrapped in September they had tried their best to keep their romance alive during a long-distance relationship

Shock claims! After entertainment reporter Peter Ford claimed he had joined The Bachelor 'purely for publicity and fame', Locky hit back saying the allegations were 'false' 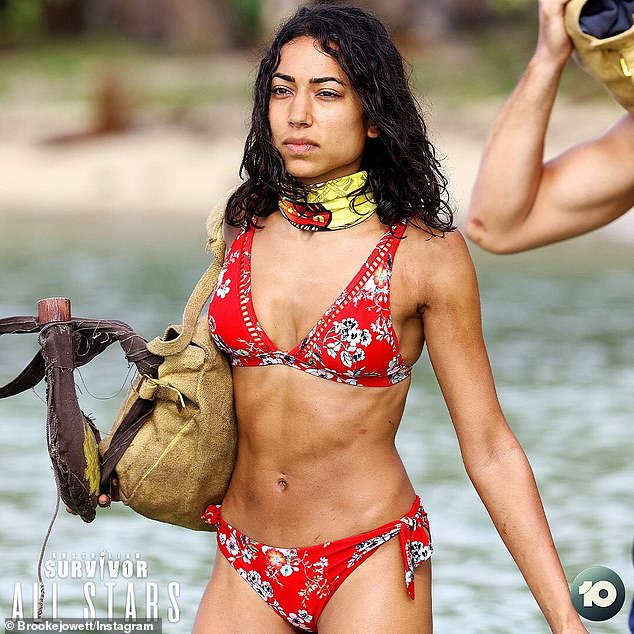 What happened? When fans began commenting things like 'so sad', 'you could totally take those [Bachelor] girls down' and 'I bet you voted him out', Brooke (pictured on Survivor) was seen 'liking' the comments under her Instagram photo with ex Locky

On Instagram on Tuesday night, hours before Locky's Bachelor news broke, Brooke shared a sweet post labelling Locky her 'ride or die' and 'the greatest big manly blanket I could have asked for'.

When fans began commenting things like 'so sad', 'you could totally take those [Bachelor] girls down' and 'I bet you voted him out', Brooke was seen 'liking' the comments.

One fan Tweeted at Brooke on Wednesday: 'Locky gets voted out of @Survivor_AU last night and this morning is announced as the new Bachelor. Poor Brooke.'

Brooke responded with a comedic clip of The Simpson's Milhouse looking lonely while playing with a frisbee by himself, captioning it: 'Me as of today.' 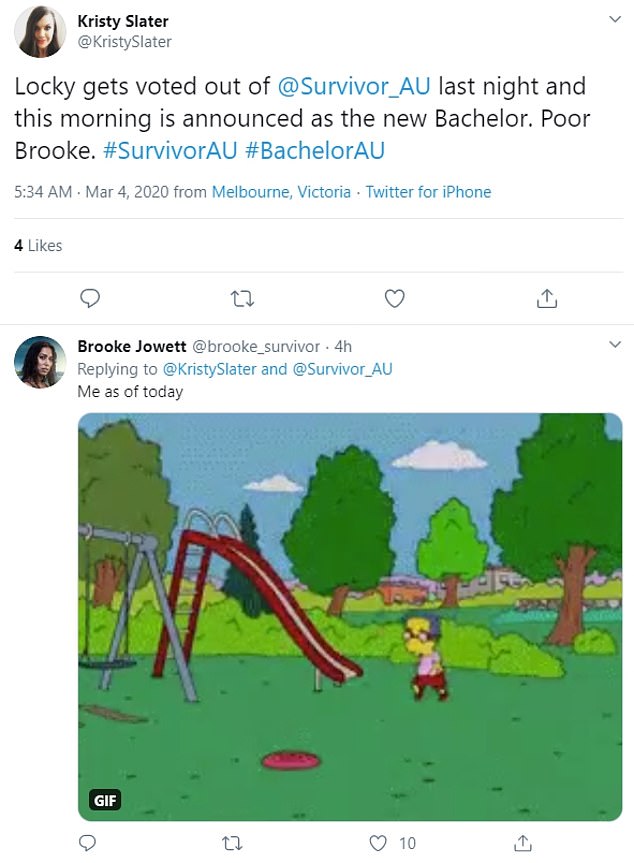 'Me as of today': Brooke

Wealthy NYC businesses board up their stores to defend against civil unrest as ...