Kendall Jenner put her model body front and center in her latest selfies.

The 24-year-old catwalk queen left nearly nothing to the imagination as she posed in a tiny paisley bikini which showcased her hips, tummy, and chest.

'Me and this bikini: a love story,' the Jenner captioned her collection of Instagrams. 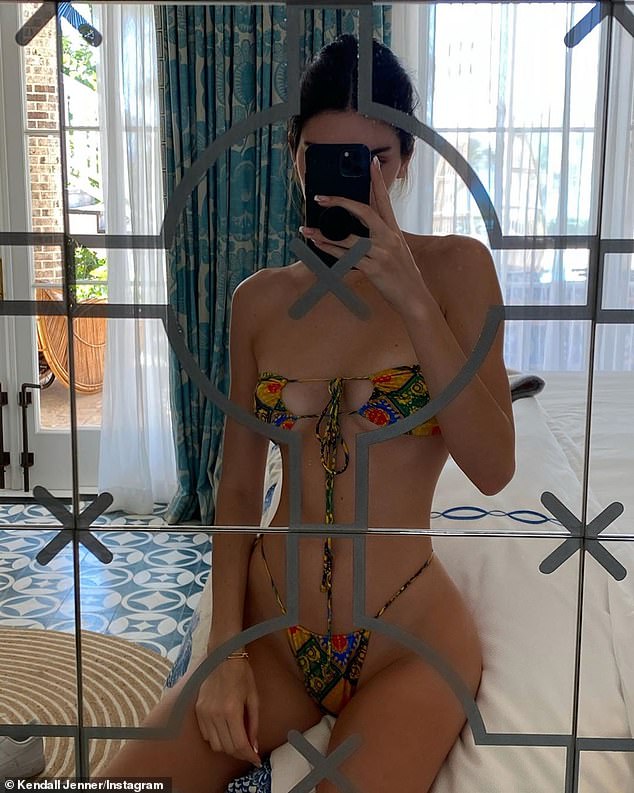 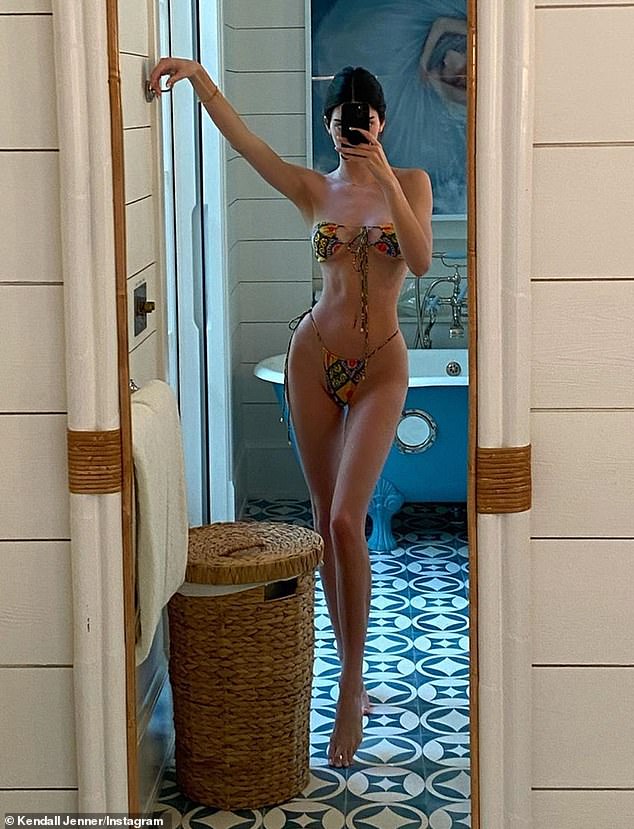 Head to toe:  Her whole figure was on display in a follow-up photo

The tiny suit was hiked high up her hips to showcase her nearly endless legs.

It seemed the star was a bit shy this day, masking her face behind her phone.

After a number of hotel shots, Kendall took to the beach, where she nibbled on watermelon while sunning herself. 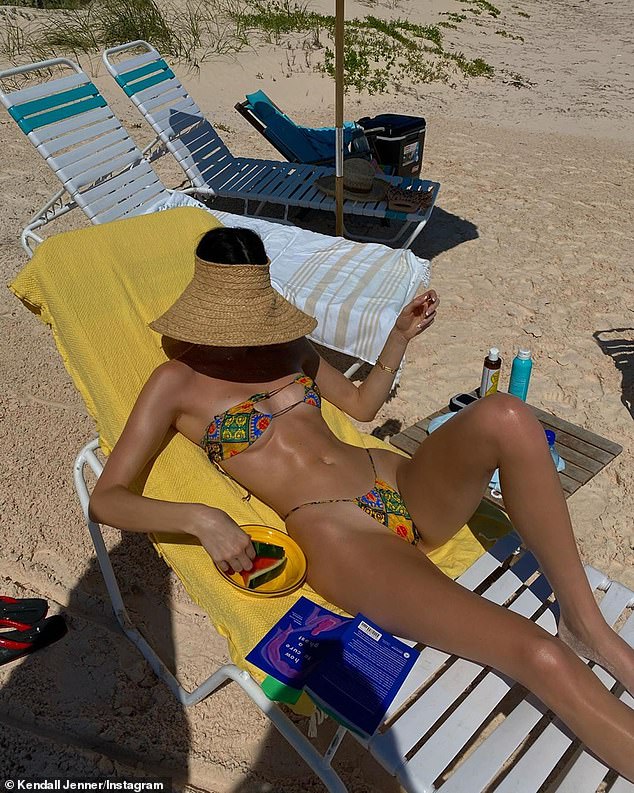 After a number of hotel shots, Kendall took to the beach, where she nibbled on watermelon while sunning herself. 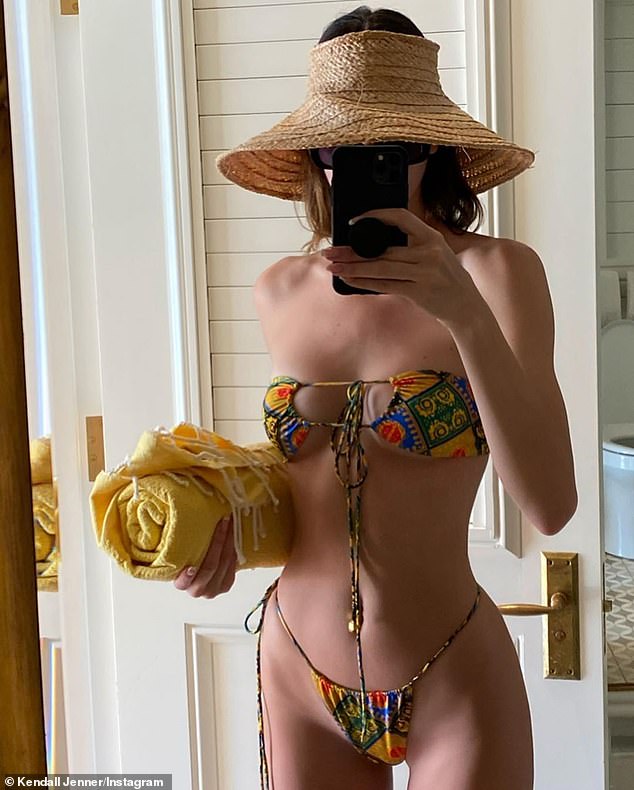 Topping things off: Adding to her outfit

sport news Matthijs De Ligt has 'no regrets' over Juventus move despite links with ...