Arriving in style! Nicole Scherzinger jets into Melbourne wearing a $3350 designer Gucci tracksuit ensemble ahead of The Pussycat Dolls' promotional tour of Australia

Nicole Scherzinger, 41, jetted into Melbourne airport on Tuesday for The Pussycat Dolls' promotional tour of Australia.

And she certainly arrived in style.

Proving to be comfortable and chic after a long haul flight, the singer looked effortlessly glam in a $3350 designer Gucci tracksuit ensemble. 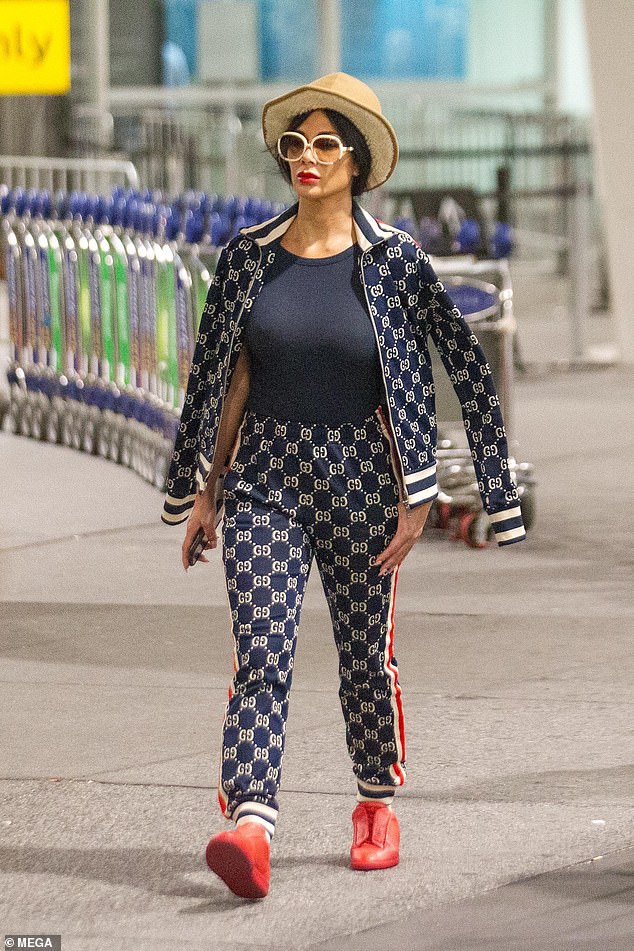 Arriving in style! Nicole Scherzinger jetted into Melbourne on Tuesday wearing a $3350 designer Gucci tracksuit, ahead of The Pussycat Dolls' promotional tour of Australia

The star was flanked by her entourage as she walked through the terminal while her luggage being attended to by someone else.

The American actress tied her dark locks up into a low bun and wore a bold red lipstick on her plump pout. 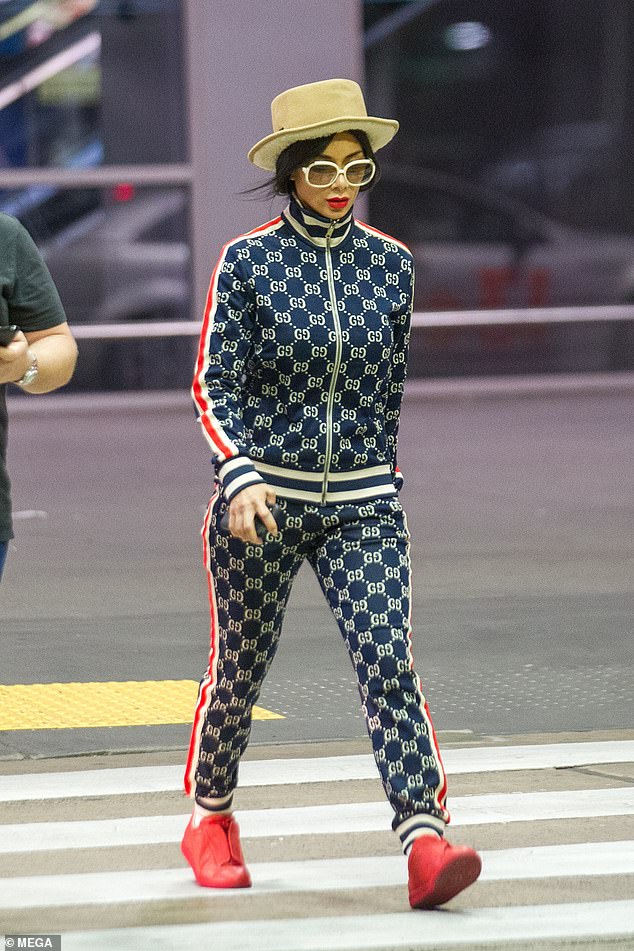 Flying under the radar? Nicole wore a fleeced wide-brimmed hat and oversized

Kim Kardashian reveals welcoming her four children set her on the path to ...